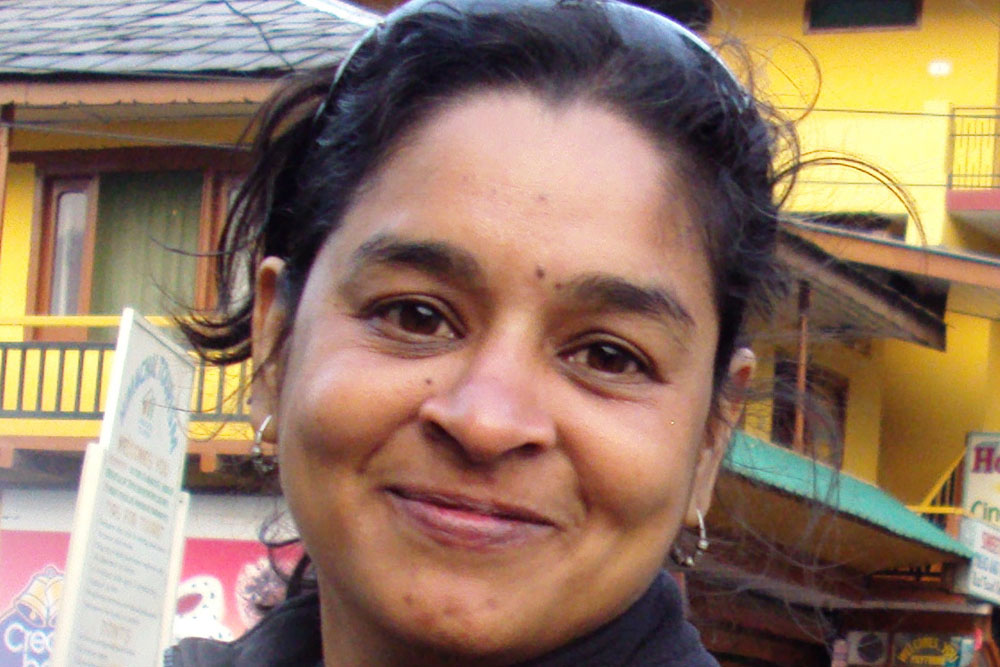 
Sudha Narayanan is an associate professor at the Indira Gandhi Institute of Development Research in Mumbai. An alumnus of Cornell University and Delhi School of Economics, she is an expert on agriculture. Specific areas of her research include contract farming, technology adoption, public policies, nutrition, social protection schemes, agricultural markets, rural labour markets, gender, financial inclusion and so on. The renowned economist spoke to Open on the three controversial farm Bills passed recently by the Parliament: the Farmers’ Produce Trade and Commerce (Promotion and Facilitation) Bill, 2020; the Essential Commodities (Amendment) Bill; and the Farmers (Empowerment and Protection) Agreement on Price Assurance and Farm Services Bill, 2020). Edited excerpts from an interview:

As an expert on agriculture, how do you describe the hurry on the part of the government to pass the three controversial farm Bills as though these are extraordinary circumstances? Could they have taken more time and discussed these with the states and other stakeholders?

All the three Bills have been on the Government’s agenda for several years now. Apart from the recommendations of recent committees, there have been consultations with several stakeholders and experts on the best way forward. In this context, it is extremely puzzling that the Government has hurried through with these bills; the bills don’t seem to reflect the concerns and complexities that regulatory reform entails. In fact, passing these bills is the easier thing to do; the hard task is to get it right and here I don’t think the bills make the cut.

What do you think are the implications of the first one? Will it promote seamless and smooth inter-state trade of agricultural produce and create a single market for the whole country? What would this law mean for farmers and consumers? Will they stand to gain?

It is a moot question. The outcomes are highly uncertain. Without doubt, the first bill lowers entry barriers for new players. Historically the APMCs (Agricultural Produce Market Committee is a marketing board meant to ensure that farmers are protected from exploitation by large retailers) in many places have exercised their power to issue licenses in perverse ways and kept out competition. Not requiring a license will encourage private players to step into this space. There are of course private players already – we are in the middle of an ag-tech revolution currently – but lowering the barriers will expand the number of participants. This in itself is a good thing.

Yet, I am more skeptical if it will promote a unified market in the way these Bills imagine, for a number of reasons. We already have significant interstate movement and trade of produce. With successive reform over the years, there are fewer barriers today than, say, a decade earlier. A unified market suggests that a trader from one state can procure easily from a farmer in another – the bill enables it but a buyer is unlikely to engage in direct trade with farmers located elsewhere without an ecosystem that assures quality and logistics. In that sense buyers would still seek to use middlemen for trade, especially when the volumes they want to buy are large. So, the supply chain won’t look too different from what it is today. The emergence of e-platforms would resolve some of these – but without transparency and regulation, it is unlikely they will enable the creation of a unified market.

Whether farmers and consumers gain on account of this is unclear – it may happen in some places, where multiple buyers bid up prices that farmers get. But businesses don’t operate everywhere and can coordinate so that they don’t compete with each other. There, we should not expect farmers to benefit from these new Bills. Likewise, whether consumers benefit or not depends on how agribusiness and food retail evolve. We should expect that outcomes are uncertain. In general, we need a clear vision and a more comprehensive regulatory framework that can nudge the agri-food system in one direction rather than the other. In its absence, we could have things go either way.


There is a growing perception among a section for analysts that it is only large players who will benefit from the second law. What are your thoughts?

Large players have deep pockets, political influence, lobbying power and the capacity to navigate complex regulations. In most situations they are far better placed to take advantage of any deregulation. There is some truth that only large players will benefit from the second law. This is because under the ECA (Essential Commodities Act), the stocking limits announced used to be very low, this meant that it affected large players (who stock more) than small players (who might anyway stock below these limits). In that sense, this bill would mean more to large players than to small players.

Yes, absolutely. The current bill seems to say that anyone is free to do anything and they can run e-platforms independently with no registration, reporting structure, no obligations and no formal data collection. It is fully opaque.

How viable do you think is the idea of contract farming in India?  What are the advantages and disadvantages?

The problem with contract farming in India is that it is not sustainable. For businesses, it is very hard to rely on contract farming to procure large volumes. Landholding sizes are very small, so you need to contract with a large number of small farmers and the costs of doing this are not worth it. Most find it easier to rely on aggregators. Also, contract enforcement is very difficult – farmers tend to side sell when prices in alternate markets are high. Firms also tend to reject produce arbitrarily citing quality issues. So, contract farming rather than reducing risks can be associated with other risks. The advantages are that if there is a committed firm that manages to build trust, contracting can result in a stable market for farmers and firms that provide inputs and advice can augment productivity of smallholders. But we have only limited evidence of such success and these are restricted to certain geographies or crops.

Absolutely, and this is a fear that is articulated widely. As one colleague put it, it seems that these bills will strengthen global capital more relative to local capital.

What do these prospective laws mean for states whose powers perhaps are now encroached upon by the Centre?

This is a sad comment on federalism. Federalism, like democracy itself, might slow down reforms because consensus is hard to obtain and different states have different compulsions. Yet, that gradualism is often a good thing, it allows room for course correction and broader acceptance of reform where losers of the reform are able to adapt to the new context over time.  These bills do the opposite. First, if there is trade diversion away from the APMCs on a large scale, there is a huge revenue loss to the state governments – Punjab is an example, where these revenues are substantial.

A unilateral effort by the centre without a compensation mechanism leaves states poorer that in turn affects their ability to make investments in public infrastructure. Second, there will be a lot of regulatory confusion. In a state like Kerala, which has no APMC Act, imagine that overnight the entire state has now transformed into a trade area under the new Bill and all disputes relating to marketing will suddenly be directed to the Sub-Divisional Magistrate — are the ground level actors and capacity adequate and prepared? There will be much regulatory confusion that in turn will hinder private investment, the very thing the Bills hope to achieve.

The Government ought to have contextualized the Bills amidst other policies, trade, procurement and MSP that makes explicit how farmer and consumer interests will be protected.

What are the key steps — that would have improved the lives of farmers and benefited consumers — that the government has ignored in these ordinances?

Given that the bills have ignored a great deal, the answer is a long one. Here are a few thoughts though. If you want a truly unified market, then establishing a national spot exchange, an online platform, that eventually grows and becomes the source of price signals and connects interoperable platforms would have been one way to go. We know how to regulate such markets already. More importantly, the Government ought to have contextualized the Bill amidst other policies, trade, procurement and MSP – a larger vision for Indian agriculture – that makes explicit how farmer and consumer interests will be protected. Without that, all you have are contradictions – removing the ECA but imposing export bans, etc. Indeed, the protests today are as much against what was not said in these Bills than what was said.