His voice best articulated the pain of the city dweller 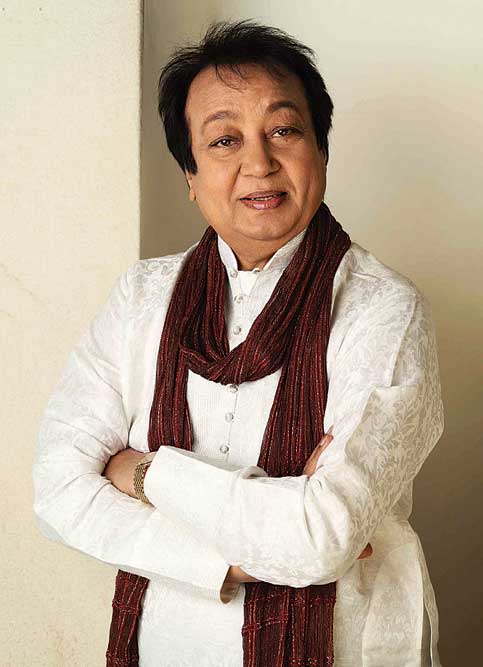 Sitara (1980), the movie, about two struggling villagers who come to Mumbai to make it big, was forgettable but Bhupinder’s duet with Lata Mangeshkar, still speaks volumes of the angst of the new migrant. Whether it was ‘Ek akela is shehar main’ from Gharaonda (1977) or ‘Zindagi phoolon ki nahin’ from Griha Pravesh (1979), Bhupinder was best able to articulate the pain of the new city dweller, who was often in search of a home, happiness, or the hearth he had left behind. Both films explored the hardships a city like Mumbai could inflict on young love.

Many decades on, Bhupinder’s voice speaks to us even today, not so much because it is tuneful but because it is replete with emotion. The anxiety of a new city, a new relationship, or the fraying of an old connection, is captured so beautifully in movies such as Parichay (there is no one I know who has not wept when watching ‘Raina biti jaye’ filmed on Jaya Bachchan and a visibly unwell Sanjeev Kumar in the 1972 movie) or in Kinara (the haunting ‘Naam gum jayega’ filmed on a thoughtful Hema Malini as Jeetendra tries to help her overcome her grief in the 1977 movie). Little wonder then that in 1998 when Vishal Bhardwaj set Gulzar’s lyrics to music in ‘Badaalon se kaat kaat kar’ in Ram Gopal Varma’s Satya, he chose Bhupinder’s voice again. Who else could capture the anonymity and alienation of Mumbai and yet, sound so dreamily elegant?

The lyrics of both songs were composed by Gulzar, in movies directed by him. Perhaps no one could match the unique essence of Gulzar’s poetry and Bhupinder with his unique, haunting voice which seemed to come from a long distance, carrying with it a hurt never quite forgotten, a regret never quite overcome, and a memory never quite acknowledged. But Bhupinder was more than that. He was an inspired guitarist, a partner in the experimental melodies that RD Burman rustled up, whether it was the prelude on the guitar for ‘Dum maaro dum’ in Hare Rama Hare Krishna (1971) or the riff of a 12-string guitar—purchased at a music shop near the Strand, Bombay, at the persuasion of fellow guitarist Sunil Kaushik—used in the prelude of ‘Chura liya’ (Yaadon Ki Baarat, 1973).

Bhupinder was also eventually a ghazal singer, in partnership with his Bangladeshi wife Mitali, and they travelled the world as independent artists echoing a genteel way of life, yet, he never lost his initial connection to Doordarshan, where he got his start as a musician.

In ‘Gaata Rahe Mera Dil: 50 Classic Hindi Film Songs’ by Anirudha Bhattacharjee and Balaji Vittal, Gulzar says of Bhupinder, “Bhupi is a bit of a fakir. Woh ek sai aadmi hai, just like the Sufis and sadhus. They look lazy but they are very focused and attentive. There is a bit of ruhaniyat (spirituality) in him. If something interested him, he would take it up. There is no greed or haste in him. Whatever he does, he does from his heart. Even romance. Else he would be happy to let it go to others,” he says.

The Patiala-born singer and musician released a private album of independent music as far back as in 1968, the first of several. Still, they continued to sing for maestros such as RD Burman, Khayyam, and Jaidev. His voice may not have been as seamless as Kishore Kumar’s or as velvety as Talat Mahmood’s or as evocative as Mukesh’s, but it had a distinct character that appealed to iconoclasts. It was the voice that was imperfect but also intense, soulful but also scarred, and conversational as well as quaint. Watch Dharmendra singing Gulzar’s ‘Ek hi khwab’ to Hema Malini in Kinara, laughing, talking, and smiling through it, and it is all heart. There is Hema drying her hair, there is Dharmendra cheating at cards, and there are the two of them sitting on the swing, and it is a loving glimpse into everything a romance should be.