A Court Gets It Right on Hijab 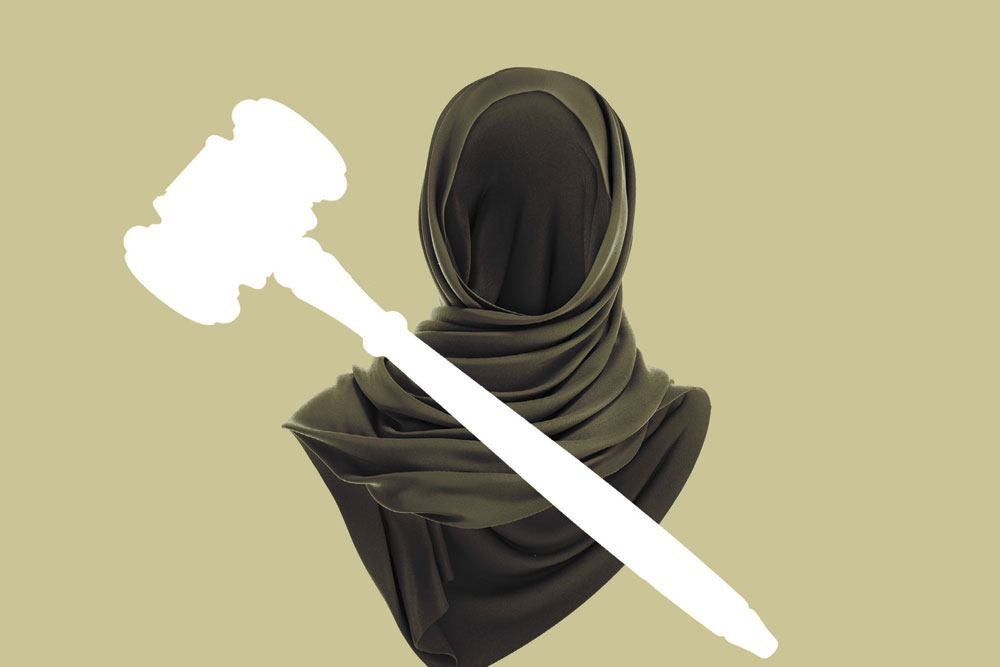 
IN THE THREE days since the Karnataka High Court gave its verdict on March 15 in a slew of petitions around the hijab row, much ink has been spilled on how the court got it wrong. If anything, the verdict of the court gives a glimmer of hope that secularism, shorn of abuse—by political parties and liberals alike—may see better days.
The brawl—and there is no other way to describe what transpired—started at the Government PU College in Udupi, Karnataka, in early February. The state government order prescribing uniforms for students turned into a match for identity politics. The issue then ballooned into a law and order problem, forcing the state government to close educational institutions in a bid to control the situation.

It seems incongruous that a court in an avowedly secular country should be indulging in an exegetical exercise to declare what is essential and what is not in a religion. There is a long history of courts using this method to handle tricky questions about the role and place of religion in public life. In the Karnataka case, it was not on its own initiative that the court used this method: it was specifically asked to do so. But that did not prevent controversy in the days that followed.

The broad trend, especially among liberal commentators, has been to decry the court for not considering the hijab as a freedom of choice issue. A cognate argument is that Indian secularism allows religious symbols and practices in the public sphere. A third argument that has been proffered is that banning the hijab directly impinges on the right of women students to education. These are ‘activist’ arguments that did not form part of the case before the court. There, the narrow question was whether the hijab was an essential religious practice in Islam. These questions, however, merit a broader response.

It is interesting to note that in this particular case, the issue of secularism has been sidestepped by Indian liberals. Their contention is that secularism in India is about the equidistance of the state from all religions and not the banning or restriction of religious symbols in the public sphere. This is a curious argument. The usual liberal claim is that religion is a private matter that is about the faith and belief of individuals. But when it comes to Islam, the issue of group rights (as enshrined in Article 26 of the Constitution) is never far behind in their calculation. The question that is yet to be settled is whether religious choices of individuals should extend to the public sphere. The ideal answer is that religious symbols have no place in the public sphere. But this is an answer that is unacceptable to liberals who have prefixed the adjective “asymmetric” before anything that deals with Islam in India: From “asymmetric federalism” in the case of the erstwhile, Muslim-majority, state of Jammu and Kashmir to “asymmetric secularism” in the case of minorities.

This is the explanation for the shift of gears from the usual emphasis on collective rights (Article 26) to individual freedoms (Article 19) in this case. This is a slippery slope. But because liberals are engaged in a last stand for ‘secularism’, the slippage is acceptable.


The usual liberal claim is that religion is a private matter that is about the faith and belief of individuals. But when it comes to Islam, the issue of group rights (as enshrined in Article 26 of the Constitution) is never far behind in their calculation. The question that is yet to be settled is whether religious choices of individuals should extend to the public sphere. The ideal answer is that religious symbols have no place in the public sphere. But this is an answer that is unacceptable to the liberals

Another claim is that banning the hijab robs women students of education. This claim holds no water at all. If the right to education is so important—that is, it is ranked higher than the right to wear a hijab—surely, there is no problem: women students are not being prevented from entering any educational institution. But this is a fake argument: the real issue is that women should be allowed to wear a hijab. The right to education has been attached for PR purposes.

The essential practices test gave a negative answer to the hijab question. But the positive answer for the ban comes from a very different and underused aspect of Constitutionalism in India. This was the court’s emphasis on the Fundamental Duty of every citizen “to promote harmony and the spirit of common brotherhood amongst all the people of India transcending religious, linguistic and regional or sectional diversities…” (Article 51A(e)). Using this part of the Constitution, the court gave a positive reason for the actions of the state government.

Politically, the politics of secularism now panders to the most regressive sentiments that prevail in society. It is a travesty that liberals—the class that should be helping the country overcome these tendencies—are now furthering them. In this, India seems to have come full circle.

In 1954, when the essential practices test was first used—interestingly, in a case from Udupi, the Shirur Mutt case—India was a very different country. At that time, heavy-handed government intervention in the affairs of religious institutions, in the garb of regulating their ‘secular’ activities—mostly their financial and administrative affairs—was considered necessary for ‘reforms’ of these institutions. The weapon of choice was the essential practices test. It was used extensively to cleave anything that came in the way of alleged reforms. The executive would take steps and the courts would then use the essential practices test to justify what the government did. The courts effectively functioned as religious interpreters, a role they should have eschewed.

In this journey that began with the Shirur Mutt case (1954) and continued until the Sabarimala case (2018), the judicial hammer fell disproportionately on Hindu customs and traditions. But the community accepted these verdicts even if unhappily so. In recent years, there has been extensive debate and the demand now is that courts move away from using this test and refrain from interfering in religious matters. With the hijab case, the Muslim community has also joined this chorus. Liberal opinion—that fully supported the essential practices test for decades—also wants to do away with it. The liberal reason is political, even if it remains unstated: Courts are unable to resist ‘majoritarianism’, and hence, it is best if they refrain from adjudicating in these matters.

It is not so simple to accede to this demand. As said earlier, it would have been better for the courts not to interfere in religious matters. But at this late stage, with competing and often antagonistic reasons for courts to step back, the danger of a free for all in a highly polarised society is very real. This is a situation that will please no one. There is a case for the courts to be careful in interpreting religion. But there is one area—public order, irrespective of religion—where courts should liberally use the essential practices test. The way out of what began with the Shirur Mutt case will be complicated and tough. The path requires judicial sagacity and eschewing of activism on the part of the courts.