One Mistake of My Life

During a stint at a publishing firm, the author shared the dubious distinction of rejecting what has since become India’s biggest publishing sensation. Paperback copies, lining shelves of bookstores, still seem to mock her judgement. 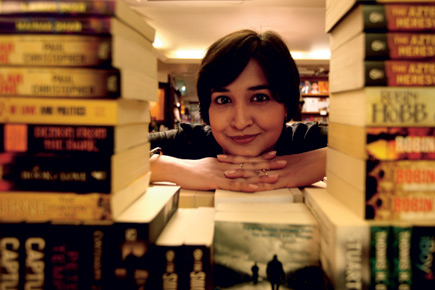 In the slush pile was an investment banker’s story about three friends in IIT. He had a strategy to make it a bestseller: low pricing and buy-backs. She rejected him.


Wikipedia: The slush pile: ‘A set of unsolicited manuscripts either sent directly to the publisher by authors, or sent through an agent not known to the publisher. Sifting through the slush pile is a job normally given to young assistants-to-the-editors. If they find something interesting there and can persuade a more senior editor to consider it, they may get some credit for themselves, especially if it is subsequently published and sells respectably.’

Eight years ago, fresh from Oxford with a Masters degree in English Literature, I got a job as an editorial assistant with the country’s best known publishing firm. So what if my salary was barely enough to keep body and soul together, when Pooran, our office boy, came and deposited a huge pile of manuscripts in my tiny cubby hole, I felt I had attained literary nirvana.

I would be reading the literary efforts of people around the country and I would decide whether their work had the merit to make it to the next stage in these hallowed portals—a commissioning editor’s table. I felt almost like St Peter guarding the gates of heaven.

A few paragraphs into the first manuscript, a rather rambling bildungsroman set in South India, I was rudely interrupted by a frantic senior editor who snatched the papers from my hand. “How did that get in there? That’s X’s nephew; I’m commissioning him, of course.”

X was one of the fathers of Indo-Anglian writing, and sharing his DNA clearly meant hitting the literary jackpot!  As the senior editor breezed past me, she said, “If you find any cookbooks or quiz books or self-help manuals, bring them to me immediately. It doesn’t matter if they’re written badly; we can fix all that.” My first two lessons in the book industry—the slush pile is the bottom of the literary heap; and non-fiction, particularly ‘self-help’, sells. Fiction is a lot more fickle, and DNA helps.

As each day passed, the pile on my desk grew alarmingly, and the sight of Pooran staggering to my desk three times a day bearing ever-increasing piles of unsolicited manuscripts started to fill me with apprehension. So I began developing my own strategies to survive the slush pile. Mark up all cookbooks, cast the short stories aside (note to all first-time authors: stick to those magnum opuses; a short story collection won’t make it past the editorial assistant’s desk), and keep the fiction to read after office hours! Sometimes this last bit was not a good strategy either; I spent many nights fast asleep on a sea of paper.

Sadly, visions of discovering the next Salman Rushdie or Arundhati Roy were dispelled all too soon as I dug my way through that mountain of manuscripts, each more execrable than the one before. Everyone, it seemed, wanted to be a writer. The adolescent college-goer with his prurient poems, the housewife who was spying on her neighbours and writing a soap opera, the banker who, after a 20-hour workday, thought he was going to hit the literary jackpot, the retired American academic who wanted to write a love story about Rani Laxmibai and a British soldier, and the 20-something socialite who wanted to pen the definitive Indian chick-lit novel—I met them all sitting in my cubby hole, because not only did they send in the fruits of their literary labours, they also sent their life histories, trials and tribulations in so-called ‘cover’ letters with the manuscripts.

The letters accompanying items in the slush pile were at first fascinating, then gave one a sense of déjà vu, and eventually became plain boring. Most of them ran along these lines:

I enclose my novel/collection of short stories/other written over these last many years. I am a qualified engineer/English teacher/administrator/IAS officer and work a full day at office/other.

I have burnt the midnight oil for many years to bring this dream to fruition. Even at school and college, I always wanted to be a writer. My teachers there thought I had the knack for it. Unfortunately, my father died when I was still in school. Since then, I have pursued a career so as to care for my ageing mother, grandparents as also wife, children, etcetera, but have always looked upon the life of a writer with intensity and desire.

I hope you will understand my hope and view the enclosure with due consideration. The success or lack of same is only in your kind hands.

I am sending it with a prayer on my lips and hope in my heart. PLEASE do not disappoint me.

Feeling a little like Alice in Wonderland, I followed instructions and up popped a multi-hued PowerPoint presentation. Swiftly and efficiently, it introduced me to the author (a hot-shot young investment banker) and his book (a coming-of-age novel about friends at one of India’s best-known colleges). But what came next absolutely took my breath away. A marketing strategy that would ensure the book became an instant bestseller: low pricing and buy-backs, tie-ups with the said academic institution and its alumni (all of whom, the author felt, would immediately want copies of his book). This author was clearly no pushover. If only he had written his manuscript with half the dedication he had put into his marketing plan!

This one was clearly above my pay grade, so I marked it up to two separate senior editors, mentioning my reservations. I heard a few weeks later, the author had been turned down. He later went to a rival firm and became a publishing sensation overnight, and to this day, our boss complains bitterly that he missed out on the biggest bestseller of the decade because he went by the judgement of three Bengali women—a flawed demographic, if there ever was one! The subsequent glossy product looks at me reproachfully (even sneeringly) from the shelves of bookshops, from the shoulders of ‘traffic lights booksellers’, at railway stations and airports.

As it turns out, my stint in publishing didn’t last very long. I was soon seduced by the world of electronic news. But I guess I’ll always share the dubious distinction of having turned down Indian publishing’s biggest commercial success!