In a world inundated with books, a female writer’s sexiness serves as a handy marketing tool. But, Annie Zaidi warns, this can prove counter-productive to a writer who wants to be taken seriously 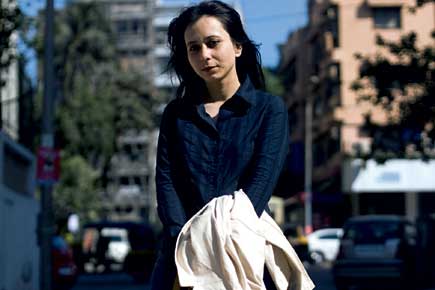 In a world inundated with books, a female writer’s sexiness serves as a handy marketing tool. But, Annie Zaidi warns, this can prove counter-productive to a writer who wants to be taken seriously


I was five or six. A neighbour was teasing me about the long minutes I spent admiring myself in the mirror. He confused me, shamed me, and I stopped looking into mirrors when other people were in the room. I no longer remember why I liked mirrors, but I doubt I was admiring myself. Perhaps I was looking at that girl called me—her unfortunate teeth, short hair, big eyes. Anyway, by the time I was eight, I’d discovered Enid Blyton and stopped thinking about anything except how to get my hands on a new book.

At 10, I moved on to Charles Dickens. At 14, Thomas Hardy and Tolstoy. At 15, Maupassant. At 17, I was an overweight, pimply bookworm who was resentful of James Joyce for writing things I couldn’t understand. I also read Stardust and wrote down the lyrics of Hindi film songs in a single-lined notebook.

There was nothing sexy about me. I didn’t know what it meant to be sexy. But at 17, I began to write. And when I looked up from my books, I realised that some girls were sexy. Slender and clear-skinned, they knew how to hold a stranger’s gaze as if they were appraising the response, waiting to be amused. They wore jeans that clung in the right way. I wanted to look like them. And I also wanted to write.

At 18, I won a college-level prize for poetry and was invited to co-edit the college mag. I began to believe I had some talent. I won more prizes—poetry, stories, essays, drama. Everyone else told me I had talent. I still wasn’t sexy.

I worked hard to knock off the kilos. At 20, my body was toned almost to perfection (though I wouldn’t believe it then). Recently, in the context of sexiness, a friend and writer, Prateebha Tuladhar, mentioned a photograph of me taken in the college hostel.

I looked at that self across this gulf—a girl in a short woollen blouse, a pair of jeans two sizes too large, rubber Hawai chappals. Slender, clear-skinned, big-eyed. Her flat stomach is exposed and her fingers push back her long hair. This is how actresses strike ‘sexy’ poses for the camera and that’s the only kind of sexy she knows. I remember now, the photo was half a joke. I didn’t think of myself as a writer in those days. I wanted to be a theatre professional, but would have settled for hotel management instead. And I didn’t know how to dress for various kinds of jobs. (I went for my first reporting job interview in high heels and a lace kurta that showed off my midriff. The editor was kind enough to ignore that.)

At 22, I had an idea for a book and began to look for publishers. At 23, I failed. Again, and again. I was a grubby full-time reporter by then. Thin, because I was busy and underpaid, and usually dressed in loose kurtas and kolhapuris; that’s how reporters were supposed to look.

At 25, I joined a writing group for critical reviewing. I knew my writing needed to get better. Also, at book events, I became aware that writers tend to dress up for public events. The women wore silk saris, or jackets that suggested some expense. No baggy sweaters. Some men just wore what they always wore—shirts and jeans. Others wore well-cut jackets. They didn’t look especially sexy, though. They were just people dressing up for a party.

I kept reading, kept submitting my work to anthologies. I began to notice author photos on book jackets. They didn’t smile much, even if they wrote funny stories. It was as if they were determined to look… well, like writers.

But when I met writers, each had their own personality, their own special source of sexiness. Some were always natty, even if they were just hanging out at a neighbourhood café. Their clothes screamed ‘London’. Some stuck to baggy sweaters and I remember being shocked at a male writer who wore long shorts to a champagne and hors d’oeuvre event. Others flaunted desi chic—interesting sandals and Naga shawls. Some wore high boots and some flaunted cleavage.

Some girls, like me, tried out a ‘New York via Sarojini Nagar Market’ look. But we were just looking for an excuse to dress up. We weren’t looking to project an image, not yet. Slowly, as we got invited to festivals, we worried about looking like writers. We bought saris. We did not buy short skirts or leather pants.

Why didn’t we? Everyone says the world has changed. Everyone longs for sexy; the only way to get noticed is to be very rich or become a sex symbol. We are encouraged to look sexy. Books can do with more attention from the public. And now that word and image constantly make war on our nerves, surely, writers need to grab potential readers by the eyeballs. And if a bare shoulder or thigh can do the trick, why not? This seemed to be the premise of Karan Mahajan’s essay in Tehelka last year. I was in it, posing as a sexy writer. Or, a writer who is not afraid to be sexy for the sake of a new book, The Bad Boy’s Guide to the Good Indian Girl.

The red chiffon sari was borrowed from my mother. The black blouse was meant for her, but the tailor got mixed up and sewed it in my size instead. I had been trying hard to look ‘natural’. I look at the photo now and wonder—was I really not afraid?

When I agreed to be photographed, I was doing it for a lark. I wasn’t thinking of the ramifications of writers becoming cultural non-entities. There was a vague assumption that my getting noticed would translate into my work getting noticed.

Well, I got some attention. But I doubt the photo persuaded anyone to buy the book. It might even have put off some readers. After all, even I remind myself sometimes not to judge books by the female author’s clothes. Women writers are victim to the idea that the public will read a book if a film of sexiness clings to the author’s body. But the opposite is true. A film of sexiness clings to the author’s name once the public begins to buy her/his books. Sexy photos are just a way of catching a reader’s eye on a crowded bookshelf. But nowadays, everyone looks nice in photos, and sexiness is coming out of our collective ears. So what did it matter?

In any case, I was reassured by the fact that others were doing similar photos. I hadn’t realised that the male writers would be in denim and leather jackets, and that would pass as ‘sexy’.

But why was I surprised? The sexiness of men is usually measured against fame or wealth, their capacity for rebellion, and the beautiful women who woo them. So men ‘power’ dress, or else, their clothes hint at dangerous lifestyles. Women are expected to derive power from sex itself, so they show off their bodies. In semi-transparent fabrics, little black dresses, gowns that show off the back or cleavage, skirts with long slits. What did I expect?

Well, I expected the male writers to indulge in what Bollywood old-timers call ‘skin-show’. Mahajan said that writers must reclaim their place as fabulous cultural heroes. But how, if we just reinforce stereotypes of sexiness? Even Mahajan’s photo in Canteen had him lying beside a nearly naked female model who showed twice as much skin.

Smriti Ravindra, my co-author, responded by pointing out that male writers ‘posing’ was not new. James Joyce had posed with a pirate patch on one eye; Nabakov posed with boxing gloves. ‘Hemingway’, she wrote, ‘can pose without his shirt and aim through a gun and still be read with respect. It is not that easy for a woman. Just yesterday, my professor mentioned a former-student-turned-almost-successful-writer who was trashed by most reviewers because she had appeared in Vogue dressed too sexily for a writer. Time and again the reviewers mentioned her as ‘a wannabe model turned writer’ and would not give her book the attention it deserved.’

We noticed that when Rediff compiled a list of 20 good-looking South Asian writers, not a single man was on it. As though it’s enough for men to be writers; their looks were not to be commented upon or compared. But women’s looks and clothes are fair sport.

At the Jaipur Literature Festival three years ago, a friend was photographed (without permission). She is a writer and dresses well, although she does no ‘skin-show’. Her photo was on the front page of a local newspaper. The caption said that the festival is a fashion parade for some people. They hadn’t mentioned her book or even her name. She wasn’t feeling like a cultural heroine.

For my first book tour, I wanted to dress up. Known Turf: Bantering with Bandits and Other True Tales is a set of essays about contemporary India. So I chose traditional saris. But I remember agonising about whether or not to wear bangles. Bangles are as girly as you can get. I worried that people would take me less seriously, treat me as less than equal if they thought I was girly.

We aren’t wearing black turtlenecks anymore, but most women intellectuals do worry about not being taken seriously. Activists, politicians, lawyers, teachers, writers, film directors—many of us try to make our bodies less visible. Even at festivals and parties, we are careful not to be so womanly that our womanliness—sexiness, if you like—is noticed. The writers who are least afraid are those who are not competing directly with men; their genres are different. At least, that’s the current stereotype.

I was at the JLF this year, and it was far too cold for sexiness of the skin-show type. But young men were floating around with cellphones. I saw some of them filming me. I felt neither sexy nor like a cultural heroine. They weren’t buying my books, or even attempting to talk.

Those who did come up to talk had actually been listening when I talked. They may not have bought books, but they gave me their blessings and tried to tell me their stories. And that’s when I felt a tiny bit like a cultural heroine.

As for that sexy photo, that isn’t a writer. That’s a little girl trying on mom’s saris, looking at the mirror. That’s a bookworm who noticed that other girls are sexy, and so she decided to try on some ‘sexy’ herself. She isn’t like them, but sometimes, she tries. And she also wants to write.

Annie Zaidi is a journalist and author, most recently of The Bad Boy’s Guide to the Good Indian Girl