Cruisin’ in the Park

For years without end, a gay man lives out a second life, hidden from his wife. This author finds a hero in a ‘perfectly ordinary-looking’ guy with slicked back hair and a ready smile. 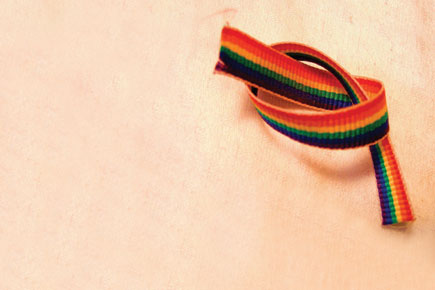 For years without end, a gay man lives out a second life, hidden from his wife. This author finds a hero in a ‘perfectly ordinary-looking’ guy with slicked back hair and a ready smile.


Eight in the evening: as we enter the park in the middle of this moderate-sized Goa town, my friend S says, knowingly and almost as if he’s coming home, “Ahhh! Look at them, they’re all cruising!”

I’m looking around and all I see are shadows and bushes, and a few men here and there; a familiar sight in any park in India of an evening. Offhand, I can think of many parks, many evenings, over many years. But S is looking at the same scene, and it’s what he too is familiar with from parks across India, and yet he sees what I don’t: these men are cruising. These men are looking to meet other men, sex on their minds. Or maybe not even sex, just companionship on their minds. (As we soon find out).

S knows: he has done this himself countless times.

Vasu is 37, ready smile that lights up a pleasant lively face, red shirt, moustache, hair slicked back. He has been coming to this park for nearly 20 years. In the beginning, he says, he hated himself for his feelings, and yet the only outlet for those feelings was to come here. Meet another man, have sex, or just sit and talk on the back of a park bench. Years and years like that. At least, he doesn’t hate himself now.

And then, he got married. “A few days before my wedding,” says Vasu, “I was very frightened. Went to a doctor and told him I was gay, I was getting married, would I be able to get it up to have sex with my wife?” (Not for the first time, I’m amazed at how easily these men talk about intimate details, especially to complete strangers. Not something I’d find in a group of hetero men). “And the doctor said, ‘Don’t worry, you’ll get an erection, you’ll be able to have sex with her.’’’

There’s proof of how right the doctor was: Vasu has a six-year-old son. But he still comes to the park every evening, now to meet Altaf. Does his wife know? “How can I tell her?” he asks, with another smile, and in the dark I imagine that it is tinged with sadness. “Every evening, I tell her work kept me, or I was with a group of friends and couldn’t leave. Every day,” says Vasu, still smiling, “I have to lie at home.”

Every day, for seven years that he’s been married. Every single day he lies because of the stigma that surrounds homosexuality. What must it be to live like that? To be secretive and furtive about something fundamental to your very sense of who you are? I cannot imagine the stress of the dilemma.

Yet this man, Vasu, looks so ordinary. I’m thinking that again.

“But since I got married,” he cuts into my thoughts, “I’ve completely stopped having sex with men. I come here because I want to, but I don’t have sex.” Altaf smiles, and in the dark I imagine it is tinged with wistfulness.

“Because there’s a risk of infection.” Then he explains in explicit detail just why there’s a risk. (Again the intimate sexual details). “And I have sex with my wife, right? I don’t want to pass on the infection to her.”

This ordinary-looking man. Here he is, living the misery of having to hide, for years without end in sight, some of his deepest emotions, his deepest notions of identity. Yet he finds the wherewithal to answer that call, and from within that conundrum, he resolves to protect his wife by denying himself one whole part of himself.

Talk about courage, talk about heroes. I might just point to Vasu, with his slicked-back hair.