Why strong leaders are highly vitaminised

Narendra Modi and the steroid theory of politics 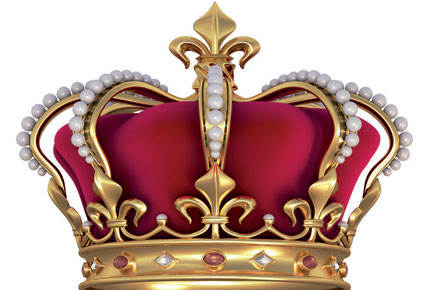 Narendra Modi and the steroid theory of politics


There is a certain folklore about masculinity and leadership among middle class India. Indians generally see their leaders as weak, almost feminine, and dream of a strongman. They want an individual who looks tough, acts tough, who is decisive, who is quick on the uptake, a combination of Machiavelli and Bismarck. It is a pity that apart from Akbar and Ashoka, most of our great leaders have been religious leaders practising non- violence. Their strength comes from ethics and renunciation. They seem almost androgynous, like Gandhi.

Today our leaders seem meek and submissive. Manmohan Singh and his passiveness haunt the middle class imagination. He is presented as the leader who was bumbling, inarticulate, almost autistic. Watching Abe and Obama, our middle class and diaspora were desperate for a strong man, a man who was both leader and technocrat, whose body language spoke of power. Before Modi came, Sardar Patel and Advani fit the bill; but Modi appears to be a customised strong man, decisive, with the right touch of a nukkad bully, managerial, a man who can sway the masses, a victor after an epic electoral campaign. Even so, Modi realises he needs ancestors, a genealogy of decisiveness, and decides to build a giant statue of Sardar Patel. Patel has often been called the Bismarck of India after the way he handled separatist forces in Kashmir and Hyderabad. Many in middle class India felt Patel would have been a better leader than Nehru and this mood strengthened after the Chinese debacle in 1962. Nehru’s Panchsheel and his idea of non-alignment was seen as a weak nation’s discourse. India has often dreamt of being a strong state lead by strong man. Deep down we feel that strong leadership and nuclear bombs will make us a superpower. The search for strongmen stems from a desperate need to be recognised. Without an assertive sense of power, our egos deflate like empty balloons.

It is not that we have not had strong men in our politics. State level politics produced a BC Roy, an Atulya Ghosh, a Devraj Urs, a Partap Singh Kairon. But these men were not seen as leaders, they were presented as bosses. Bosses, we feel, underline the fact of power. They dictate terms; but leaders convey a sense of legitimacy and acceptance. They are charismatic and persuasive. Bosses are read as over-rated managers, but the leader as strongman breathes a different grammar of persuasion.

The leader as strongman has to have the mystique of power. Power must be both decisive and magical. A strongman as leader must be the nation’s aphrodisiac. The nation must get high on such behaviour. Narendra Modi provides many cues, symptoms of the strongman syndrome. He has constructed himself on an epic scale, an outsider blowing down the walls of Delhi. He adds to it a new sense of immediacy.

Strength is now speed, silence, efficiency and delivery. Time is money but speed is strength. Thirdly, a mere sense of physicality is not enough. Physicality can degenerate to brutality. Technology at one level sublimates violence, renders it abstract as technique. A leader has to combine the semiotics of technique and physicality like two kinds of muscle. Modi conveys both, through the way he handles security, making security essential for patriotism and insisting that leaders should be literally present at Siachen. Finally, a strong leader has to be perceived as strong and contrasted almost operatically, melodramatically with weak leaders. Playing Modi off against Manmohan and Rahul was critical. One had to show the emasculation of the Congress as a power, as a leadership, to build up the epic of Modi as the leader India was waiting for. To that overall mystique, one must add a sense of success, a whiff of fear, because the strongman as leader must have that touch of deterrence of violence as threat.

There are several folklore myths of politics and international relations at work here creating the new politics of machismo. Today, the word ‘terror’ makes democracy feel vulnerable. Terror seems to go beyond torture or rape in breaking down the innards of resistance. Terror makes power ineffective. The language of security has to go beyond territoriality to fight terror. Modi presents himself as a man who fights terror, who is ready to fight on the terror front and continue the muscular battle for development. Development is now presented muscularly, as involving speed, acceleration, as a kind of erotic economics providing the high of consumerism. Thirdly, Modi is read as a man who handles catastrophes, disasters. His work on the Gujarat earthquake adds a whiff of speed and response to his decisiveness. A strongman in that sense is a composite alloy, a blend of strengths which goes beyond the abstractions of leadership. A leader seems more transcendent. He is a man who does the right things. One senses wisdom, judgment and ethics here. But a strongman comes closer to the Druckerian definition of a manager as someone who does things right and conveys a forceful message about them. Modi is a strongman who is not yet statesman. He is a strongman aspiring to be a statesman and India loves it, loves the claim to muscularity, decisiveness after years of symbolic impotence.

Today, in the age of superpowers with initials like G-7 and labels like ‘security council’, India feels left out. China, the USA, Britain and Russia are superpowers, with bloated muscles and bloated egos. India as an aspiring nation suffers from superpower envy. It is a deprivation caused by being a developing nation where power as global musculature needs to be developed. There is a sense that morality is not enough. Morality needs machismo. As Stalin asked decades ago, “How many divisions does the Pope have?” Modi conveys that sense of power envy that the middle class felt for years. The last time the middle class and the elite got such a high was when we exploded a nuclear bomb. That adrenalin surge for power, of being taken seriously, of having arrived, is now revived as India under Modi searches for superpower status. In that sense, the cult of the strongman is a Rorschach of our political needs and deprivations.

Oddly, India pioneered and experimented with non-violence, creating the great figure of the satyagrahi. It now seems to be cynical or at least sceptical of non-violence. In recent decades, the Indian state has grown aggressive, ready to show the Naxals and insurgents that we are a strong state. Our presentation of non-violence in the international domain is now seen as empty moralising, and the elite realise that China and the West took us seriously when guns and toughness backed decision making. Non-violence is now left to civil society, to defeated causes like the battle for the Narmada, to Chipko, to temporary upsurges like AAP, while India, mainstream India, lives out its securitarian dream. Modi is a salve for elite egos as we strive to impress the world. India feels that Modi as a strong man is taken seriously by the Japanese, the Chinese and the Americans, and there is a collective bloating of political egos.

Cults, even of strongmen, need myths, rituals, genealogies and Modi realises the importance of such frameworks. It is not history he is strong-arming, it is his own genealogy. Sadly, India has too few strongmen. The strongest was Indira Gandhi. Shastri does not fit because his strength was in his simplicity. Manmohan was too invertebrate, Rahul, too adolescent and Nehru, too aesthetic. Add it all, apart from party bosses, there is only Sardar Patel. Suddenly Patel is no longer a victim of history, ignored by Congress. He is now the Lion of Gujarat to be re- invented in a monumental incarnation. Stalin dubbed himself ‘man of steel’ but the Indian Bismarck is going to be a greater creation. The outsize nature of the statue projects the new India, and Modi thrives on it. He is the new Patel of history and as determined as Patel to keep India together. Oddly, strong men as leaders are highly vitaminised. They seem full of Boost and Incremin, and other steroids of power, and this is precisely what haunts Modi. The wrong chemistry in a political sense can create an Indian version of Frankenstein or generate a collapse, where his dreams look pathetic. Either way, one hopes, this enables -us to go back to our monster’s genius for confusion, ambiguity, adjustment, non-violence. We seem to make more sense of history. Modi and his steroid theory of politics will then only be a tragicomic fragment of history, a fable to be laughed at and pondered over.