A Legacy of the Gods 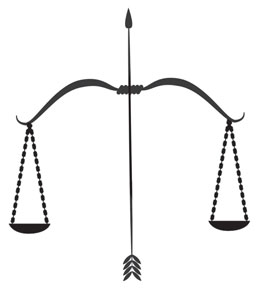 When a villager in a popular folk tale is asked about the size of the bird that was supposedly stolen from his friend, he holds a hand some three feet above the ground. “How can a duck or hen be so tall?” barked the counsel. “I was showing the top of the bird, sir,” the witness explained blandly. “The bottom was here,” and he put his other hand about eight or nine inches below the first. The obvious improvisation was ignored. The hearing proceeded.

Apocryphal the tale might be, but it speaks volumes about the law and courts in India, the reliability of witnesses and evidence, and—more crucially—the cavalier national attitude to truth. The Judiciary seems the most distorted but other branches of life are also tainted. The self-aggrandisement of many prominent personalities in politics, journalism, the civil service and the professions appears to lend credence to Lord Cornwallis’ harsh conclusion that “every native of Hindustan, I verily believe, is corrupt”.

Yet, what was corruption to Cornwallis may be the natural lifestyle of others. As Nathuram Godse sharply reminded CK Daphtary, the prosecutor, at his trial, concepts of morality change from society to society, country to country, and century to century. A particular society might consider it immoral for women not to be veiled while in others it would be perfectly moral. Some countries don’t consider drinking liquor at all immoral. Others do. At one time teaching Vedic lore to non- Brahmins was regarded as highly immoral, but no longer. Godse’s point was that the court could pronounce only on the legality of his action. It had no jurisdiction to speak of morality, which was a matter of personal conviction.

Justice GD Khosla, who was one of the three judges presiding at Godse’s trial, wrote an article about well-known classical legends such as those of Shikhandi, Ashwathama and the Samudra Manthan that I published in The Statesman many years ago under the heading (if I remember right), ‘A Little Evil for the Greater Good’. The Bharatiya Janata Party hadn’t been born then. The Jana Sangh existed but mainly in Delhi. However, the forces that later mobilised under the saffron banner rose up in arms even in Marxist-ruled Calcutta. Khosla was obliged to write a note explaining he had meant no harm.

It was significant, however, that none of the muscular champions of what is now called Hindutva questioned any of Khosla’s legends on grounds of fact or interpretation. They accepted that Arjuna hid behind Shikhandi at the Battle of Kurukshetra, and attacked Bhishma with a devastating volley of arrows knowing the latter would never fight ‘a woman’. They did not dispute the misleading message of Yudhishthira’s famous “Ashwathama hata iti gaja” (Ashwathama is dead, it’s the elephant) announcement. Nor did anyone deny that the Devas deprived the Asuras of the heavenly nectar of immortality (amrita) after promising them a share when taking their help in churning the ocean.

Khosla’s presentation of the tales in a lay context without any attempt at glorifying the gods or praising their cleverness in pulling the wool over the eyes of their adversaries seems to have given offence. Paradoxically, ultra-nationalist readers also resented the suggestion that a distinction was being drawn between Indian and Western morality, with the former somehow falling short of the British ideal to which Indians still pay formal lip service. This difference between action and concept also explained the storm of protest over Lord Curzon’s Calcutta University convocation claim that “the highest ideal of truth is to a large extent a Western conception”. The self-contradictory message of India’s outraged response appeared to be: Our special culture sanctions lying and cheating to serve our interest but we certainly don’t regard it as lying or cheating and we don’t think we are in any way different from you!

RENÉ DESCARTES’ ‘Rule for establishing the truth’ can have no meaning in a situation where the truth is the product of social, political, geographical and religious factors strongly laced with emotion and self-interest. Mahatma Gandhi demonstrated a more sensitive understanding of Indian complexity when he warned that “no one has a right to coerce others to act according to his own view of the truth”, which implied that versions of the truth need not be untruthful even if they are not identical. The unflinching honesty associated with the early Brahmo Samaj educationist, Heramba Chandra Maitra, is no longer evident. The story goes that a stranger asked Maitra for directions to Calcutta’s Star Theatre. Regarding the Star as a den of iniquity, Maitra replied, “I don’t know”, then realising he had told a lie, he ran back to the stranger and added, “I know but won’t tell!”

Subjectivity elevates the personal above the public and sternly rejects any question of absolute principle tempering the virtues and values that Indian society holds dear. Whether or not a senior politician ever actually said, “If I don’t promote my son, whose son will I promote? Yours?”, loyalty to family, caste and clan are universally admired. Sir Surendranath Banerjea was revered as a virtuous victim of race discrimination when he was sacked from the Indian Civil Service. The British accused him of irresponsibility since he had marked as ‘present’ a junior employee who had been absent from duty for several days. In the popular mind, that act of indulgence showed Banerjea to be a man of compassion.

It isn’t too far-fetched to draw a connection between the peasant who is prepared to trim his description of a stolen bird to what he thinks the court wants to hear and the hallowed instances of divine duplicity Khosla cited. If Krishna himself could get away with sleight of hand, why not a humble mortal? These are the legends on which most of us grew up. They were narrated without censure and inevitably helped to shape the framework of reference within which most Indians decide what is right or wrong. Today’s more likely choice is between what succeeds and what doesn’t. And that’s where the examples of the gods determine mundane decisions.

No wonder Penderel Moon, a member of the Indian Civil Service who came to this country with the highest ideals of service, threw up his hands in despair and recorded in Strangers in India that the Anglo- Saxon system of justice was incomprehensible and ineffective in this country. Two of his chapters, ‘The Peasant and the Law’ and ‘The Peasant and Democracy’, highlight the absurdity of foisting an alien system of government on an uncomprehending subcontinent. More than 70 years later, Venkat Iyer, a barrister and legal academic based in Northern Ireland, argues scathingly in an unpublished essay that ‘an entire army of barely literate, untrained, half-baked and ethically challenged men and women have been let loose on the [Indian] nation’s courts, there to play havoc with momentous issues touching the life, liberty and property of millions of their fellow countrymen.’

The furore over filling 85 vacancies for judges—drawn from ‘the same murky pool’ Iyer reminds us—dramatically illustrates this ignominy. Apparently, there was a flood of 10,000 applications from which a short list of 700 was drawn up. The unsuccessful candidates included 68 judges from other parts of the country, many of whom had topped the judicial exams in their own states, as well as top lawyers with degrees from prestigious law schools. Rashme Sehgal’s internet (Scroll.in) article adds, ‘As it turned out, all the 15 shortlisted applicants who went on to be interviewed and appointed as judges were directly linked to Delhi High Court judges—two were daughters of judges, others were doing clerkships under them or were variously related.’

Recalling the Banerjea case, the query by the Union Law Minister DV Sadananda Gowda, to the Chief Justice of Delhi High Court to find out if indeed there had been ‘corruption, favouritism and nepotism’ may not lead anywhere. As Iyer also says, ‘The Indian judiciary finds itself in the almighty mess that has made it the laughing stock of the civilised world.’ The courts are burdened with a backlog of more than 30 million cases not only because there are too few judges but because of how all law officers perform. How can judges whose liveried attendants publicly demand baksheesh from the winning side in open court enjoy any respect? When it happened to me, my lawyer announced at the top of his voice, “Wait a few years and the Hakim himself will come down to demand his reward!” That was several years ago. How can lawyers who insist on cash payment and refuse to give a receipt ever be suspected of any kind of integrity? Many lawyers run factories with dozens of barely literate anonymous juniors handling the work while they charge for their name. Talking to responsible members of the Bar—and they are becoming scarce on the ground—one gets the feeling that the fears of the White officials, planters and professionals who objected so vehemently to the Ilbert Bill may not have been without foundation.

Named after the Law Member of the Viceroy’s Council, the Ilbert Bill was introduced in 1883 to allow Indian judges and magistrates to try British offenders in criminal cases at the district level, something that was not allowed at the time. The measure arose out of a note that Behari Lal Gupta, who entered the ICS in 1871 and became Calcutta’s first Indian chief presidency magistrate and coroner, submitted in 1882 to Ashley Eden, the lieutenant- governor of Bengal. The episode interests me particularly because Gupta was my great grandfather. Apart from objecting to the race discrimination, he felt that restricting the authority of Indian magistrates would impair administrative efficiency.

This is not the place to discuss European fury over the Bill (the subject of Edwin Hirschmann’s book White Mutiny) or the argument by the Oxford historian, Margaret MacMillan, in Women of the Raj that ‘an unforeseen result’ of the Ilbert Bill controversy was that watching Whites, Indians ‘learned how to organise an effective protest’ and inaugurated the Indian National Congress soon afterwards. But it bears stressing that racists though they were, the protestors may have had a point in warning that the Judiciary would be perverted into an instrument of private vendetta. Indians, being both litigious and untruthful, would constantly file false cases against each other but more particularly against their British overlords. They were convinced too that with hordes of witnesses for sale with readymade stories, newly empowered Indian judges wouldn’t be able to separate the wheat from the chaff. They would find in the favour of resourceful plaintiffs.

Ethnic labelling is no longer relevant. But the Judiciary’s degradation is part of a wider decline of almost every single Indian institution. The seeds of mortality are embedded in Indian thinking. It can be called the legacy of the gods.