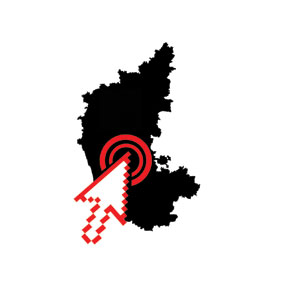 “We have raised Rs 50 lakh in an early seed round from five investors, and we will start to raise another Rs 2-3 crore in the next six months. Traction is good and two investors have expressed interest already.” That’s what Ashish, a 20-something entrepreneur, said to me last week at an event. I was curious who had funded his company to the tune of Rs 50 lakh and half-expected him to say ‘family’ or an ‘inheritance’. Turns out, the investors were employees of an Indian startup experiencing mega growth. Contrast this to seven years ago, when I came to India and met over a hundred entrepreneurs at a ‘funding’ event, only to find five investors and hear stories of people struggling to get meetings with them.

The last seven years have seen a dramatic change in the startup ecosystem and this makes for a compelling story of technology entrepreneurship in India. In its 2008 annual report, TRAI reported 301.4 million mobile SIM connections and 3 per cent penetration of 2.5G internet connections. Fast forward to the 2014 TRAI report: we are at 893.3 million SIM connections and 19 per cent penetration of mobile internet (some are 3G, most 2.5G, while many are Wi-fi-enabled). By December 2014, Facebook had over 114 million active daily users in India, and WhatsApp, launched here in 2010, now has over 90 million. In contrast, the number of households with TV sets is about 128 million. Over the last five years, entrepreneurs like Flipkart’s Sachin Bansal and Snapdeal’s Kunal Bahl have become household names. While the role model of 2005 was an uncle or aunt who had a ‘good job’ at a company like Infosys or Wipro, it’s now the entrepreneur who generates massive returns for investors. The media coverage of such company founders, the ease of early-stage angel financing and the increased availability of venture financing (growth capital) have all made a difference. Now there are founder dating sessions every quarter, idea meet-ups every week, hackathons every other week and investor-pitch sessions every month.

Many of the angel investors are first employees at big successful startups such as InMobi, Flipkart, Myntra or Manthan. At least three startups I know of were exclusively funded by current Flipkart employees. Many businessmen and women from other industries, retail in particular, have also been itching to get in on the action. They are keen to invest and make money. Finally, a few of the early employees at Infosys, Wipro and so on have begun engaging the technology startup ecosystem in India as well, creating opportunities for entrepreneurs to raise small, early capital.

The early stage ecosystem has widened significantly. The entrepreneur of 2008 or earlier had three primary sources of investment: friends and family, then angel investors and finally venture investors. They played distinctly different roles in the maturity and evolution of the company. Now, however, there are seven different investors working across the funding spectrum with objectives that may not be all aligned with each other. A startup these days can raise a crowdfunding round from customers on sites like Kickstarter or Indiegogo, then go to a startup accelerator (or two of them), go on to raise an angel round, followed by another seed round from a super angel, then raise a seed syndicate round, before getting a pre-series A round from a micro-venture firm and finally, raise series A funding from venture firms and corporates. Over the past five years, India has gone from having one startup accelerator to over 10 and from no micro-venture firms to five; while the number of active venture firms has remained the same, the amount of capital under investment has doubled.

Barriers of space and talent are breaking down. With the rise of co-working spaces, a plush office with amenities is no longer an issue. Bangalore alone has seven such spaces priced between a monthly Rs 1,000 and Rs 5,000 per seat. There are three finishing schools as well, which did not exist a few years ago, promising to convert moderately talented engineers into ‘startup- ready hackers’.

Between 2010 and 2014, there were 150-plus acquisitions reported in India’s tech sector. Of these, over 100 had acquirers within India. Most were in the internet space, outside of e-commerce. In 2015, there have been 21 reported acquisitions already. Blume Ventures has done three deals in three months. Technology investment bankers are expecting an acquisition to be announced every week for the next two years. That’s a 100 per cent increase over the last five years. This M&A activity is driven by three trends. First, the growth of new-age acquirers: Flipkart, Snapdeal, Komli Media, PayTM, InMobi, Naspers and MakeMyTrip are now leading acquirers in India with 15 deals in the past 18 months. Second, many early stage startups are getting acquired by US companies keen to expand into the Indian market (Twitter, for instance, acquired ZipDial). Finally, acquisitions to hire talent are becoming more attractive to US companies since it is easier for them to acquire a team in India and move it to the US than hire a team locally. Facebook’s acquisition of Little Eye Labs and Yahoo’s buyout of BookPad are cases in point.

All this leads to the $2 billion question: are we in a bubble? After all, all things that go up must come down. The truth is, we won’t know until the bubble bursts. While some signals—funding, valuations, number of new companies—point to a 1999 dotcom bubble-like scenario in Silicon Valley, others—number of company closures, acquisitions and new investors entering the pool— indicate middle-of-the-market maturity.

As the young entrepreneur said to me in passing, “Now money is not the issue, nor is finding talent. Identifying a problem to solve is easy enough. The biggest issue is if we can make a business out of this idea.”

Mukund Mohan
Mukund Mohan is director at Microsoft Ventures. He is based in Seattle, US. He can be reached on Twitter @mukund and blogs at Bestengagingcommunities.com