The Hypocrisy of Indian Designers

Indian designers treat runway shows as entertainment. What they show on the ramp, they dare not sell in their stores 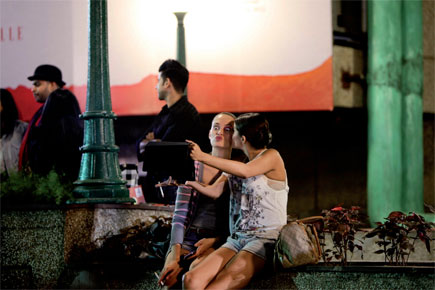 Indian designers treat runway shows as entertainment. What they show on the ramp, they dare not sell in their stores


I hate meeting people for the first time. As soon as they get to know that I make clothes, they ask, “Tell me something, what we see on TV on the ramp, do people actually wear them in real life?” What is ‘real life’? Earlier, I’d get defensive about my profession, about what my colleagues were showing on the runway. Nowadays, I couldn’t care less.

Runway shows still haven’t moved from an entertainment space to a more ‘conducive for business’ space. And, in back-to-back events in a fashion week in Delhi or Mumbai (not the Jalandhar, Dehradun, Jaipur or Bhopal variants), you get to watch shows that make you wish the designer would get shot dead at his or her post-show press conference.

There are largely two kinds of runway shows that irritate me. One, in which the garments make no sense; the seasons (Fall-Winter, Spring- Summer, Pre-Fall and the likes) make no sense; the music (Adele’s Rolling in the Deep playing for an Indian bridal line) makes no sense; and editing (98 looks in a 20-minute show when people have 10-minute attention spans at most) seems to have been given a miss.

The other kind is when pieces of art come on to the runway—garment forms made in fabric, glass, wood, plastic and other materials that boggle the mind. While it’s a treat to watch these shows, what I don’t understand is why the same label ends up selling anarkalis, saris and one-shoulder digital print dresses at its stores. Either have the balls to sell what you show on a business platform or else take your creativity into a more traditional art space like a gallery or museum. Or, embrace and admit to the ‘fashion intelligentsia’ that you create consumer-friendly garments. No one is going to judge you for that.

There is a movement of sorts in the fashion industry at the moment. The focus of global fashion is on India, and they’re starting to see our country as a place of not just consumption and outsourced labour, but of creation as well. My generation of designers, with international education and work experience, realised this from the start and started churning out ‘creative’ clothes. All of a sudden, being ‘anti-fashion’ was a part of the norm. Every output of design was being described as ‘edgy’ and ‘avant garde’ by the press. This resulted in the seniors in the business hiring ‘creative’ design assistants fresh off fashion institutes in order to give their label an image overhaul. Label DNA started disappearing before you could even thread a machine. Designers making animal print Cavalliesque gowns were all of a sudden subscribing to the Alexander McQueen-mates-with-Manish Arora school of design. They realised that hiring PR agents to place their garments on celebrities (cringe) translated into middle-aged, brown skin women buying their lehengas. While some saw this as a viable business module, it irked me that there was such a disconnect. There are few who have straddled prêt and native bridal wear with no displacement of their design DNA. That in itself is a fantastic task.

This phenomenon begets the question: are we missing the fact that fashion design is a personal process, for the designer at least? If there is no personal input in your work as a creator, you relegate yourself (depending on your scale) to being a tailor or production house. We are losing the narrative in design. The pain which brings about glorious work. Work which elicits an emotional response. And then, we blame people for looking vacuous and bored while watching runway shows.

Anger and frustration help me through my day-to-day dealings with the outside world. Garment-making could be an art form. I, for one, certainly consider it so. Art is democratic and it exists for the sake of consumption. Which is why what I create and show on the runway goes straight to the retail space without any butchering occurring in between. I am not here to make excuses for the consumer that s/he is not evolved enough to get my clothes or intelligent enough to understand them. Underestimating my customer would be my biggest mistake. Which is why I let my clothes and point of view be. The clothes may not be flying off the shelves in large quantities, but I’ve made a decision and I am going to stick by it.

We also need more evolved writers on design. And revivalists. And fashion historians. And creative communes. A culture where clothes and the showcasing of garments are not looked upon as entertainment. In our metropolitan cities, we’re finally developing a culinary culture. The same needs to happen with fashion and music. In cultural capitals like Berlin, Tokyo and London, the entire city and its administration gear up to support fashion trade shows, music and film festivals. Here, we’re still fighting to gain acceptance as an industry.

While the credibility that the fashion fraternity bestows upon you, money that comes in by the kilo and the Louis Vuitton-monogrammed belt may be important, so is the personal credibility I assign myself. Some portray my stance as being a case of sour grapes. Sour grapes about what? That I don’t get to have a mani-pedi every day? That I wish I could use the term ‘totes amaze’ every two seconds? That I could begin every buyer meeting with ‘Amalfi sucked arse’? They can suck on my proverbial cloth.