A Feminist Till I Die

The wild hair may have taken on strands of silver and seats may be offered to her on the bus. But Arshia Sattar keeps her sword polished and shining because there’s many a battle to be fought still 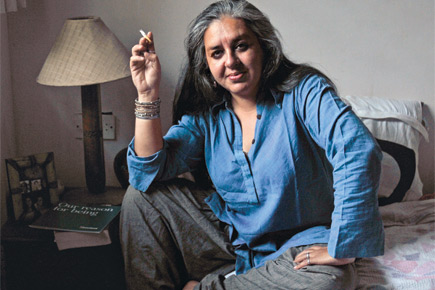 “Many men want to believe that feminism has had its day, that women really need to move on. Either because we’ve got it all or will never really. Wrong.”


I was asked by a man to write about how feminism was exhausted. I said that was not the case. I was then asked to write about how feminism had exhausted me. But that is not the case either. Finally, he suggested I write about how I had exhausted feminism. I don’t believe I have. I’m sure he was expecting a flippant response, something he and I, both post-modern, post-colonial, metrosexuals could laugh over as we unsheathed our cardboard foils and fenced gently into the good night, smiling with nostalgia for the time when these things really mattered and the foils we fenced with were intended to draw blood.

There are some things that I still take seriously and feminism is one of them. I know this probably justifies the old joke—“How many feminists does it take to change a light bulb?” “That’s not funny!” But I am old enough now to not care about that joke and actually, I always did find it funny. Moreover, because I have good manners, I thought I should take the man as seriously as I take feminism and consider his proposition. Perhaps, I am a dinosaur and he, the shining cyberknight of a new post-gender age. Should feminism have exhausted itself? Burnt itself out into a nirvana of self-congratulation? Or, despair? Like the idea that the ‘true’ Left is dead, so also, many men want to believe that feminism has lived its life, that it’s had its day, that women really need to move on—either because we’ve got all we were asking for or because we’re never really going to get it anyway. This is the 21st century, after all, and has been for nearly a decade now. The ideological shackles that bound us and separated us from each other, that were relevant for the 20th century, surely cannot have meaning any more.

Wrong. They do have meaning, perhaps more so than ever before. They have meaning precisely because so many people consider the revolutionary ‘isms’ of the 20th century dead horses, flogged to death by supporters and critics alike. As a result, they refuse to take on board the critiques that feminism and the Left offer, despite the fact that the system has refused to share its treasures of equality, social justice and dignity with everyone. Meaningful equality is but a tiny speck on the horizon. But thanks to the pitched battles and shouting matches of the last century, at least there is a speck on the horizon. On a clear day, the speck seems so large that everyone can see it. Some run and hide, fearing that it may eclipse the more accustomed sun that shines for the status quo. Others call their children to get a good look at it before it recedes again.

It’s true that many younger women, inheritors of the rights and dreams that their mothers and sisters fought for, are reluctant to call themselves feminists. They sometimes deny their ancestors and the battles they fought—perhaps that is their right. It would be ironic if older feminists were to tell their daughters what to do and how to think. We don’t do that, we have too much pride. And we remember too well what it was like to be told what to do and what to think, to be limited by what others thought was right for you. But whatever younger women, those who have reaped the whirlwind, feel about subscribing to the nomenclature of feminism, the fact remains that much of what they can do now and the ways in which they can do it are the result of all that has gone before.

For all the younger women who are now stronger and more confident in cities across the world, the war for women’s rights is far from over, even though strategic and crucial victories have been won. And for that reason alone, feminism cannot be exhausted. Or exhausting, for those who continue to care about equality and justice. I’m not sure that you can actually separate the fight for the rights of others (even after you have secured your own) from feminism. But that impetus is predicated on another old-fashioned idea, the one called ‘solidarity,’ which also seems to have fallen out of favour, become archaic, quaint, like a tribal exhibit in a museum of (hu)mankind.

Because we are so diverse, feminism can also never be exhaustive. Many men (and some women, too, those who reject it as a place from which to speak) want to think of feminism as a monolith, as a unitary and homogenous way of thinking and being—as something handed down, a set of rules that govern behaviour as well as aspiration. Well, it’s not. And that is also why it cannot be exhausted. I mean ‘exhausted’ in every sense of the word here: it can’t be worn out as an idea or an ideology and its many colours have not yet been counted and placed on a shade card. Nor will they be, any time in the near future. Feminism is dynamic, mutating in order to respond to the circumstances in which it finds itself. Perhaps we should more rightly speak of it in the plural, as feminisms, each relevant to its time and place but organically connected to the same idea: that women should not be denied dignity and the right to choose their lives and destinies.

Feminisms resemble each other, as sisters might, but they are not identical. As needed, they take on race and class and caste and other hierarchies, including those that lie within gender, challenging them all in innovative and creative ways, finding the resources to endure and persist. Fundamentally, feminisms are a response to the world in which women find themselves. They grow and change as the world around us changes, as new arenas of exploitation and oppression become manifest. And as long as the world order (new or otherwise) remains predicated on inequality, feminisms will continue to have a place, they will not be exhausted.

What I find truly amazing is that feminists are still called upon to prove themselves and their relevance. Sometimes, we are asked to write articles like this one, provoked into responding by the sense that we are invisible to certain kinds of people and certain orders of being. We may have grown older and greyer, it may be that we are called ‘aunty’ by random men in stores, it may be that we are offered seats in buses, that advertisements do not address us, that we have faded into the background, pale shadows of our former militant selves. But if you are in the right place at the right time, you will see us in our many colours, kicking up our heels, our hair silvered by the moon, our skirts full and swirling as we dance in celebration of sisterhood and all that it has achieved. And you will also hear the music that we dance to, the song that says it is not over, that we are still here, strong and proud and ready for the next fight.