Iceland can be an Ideal Home for the Uprooted Rohingyas 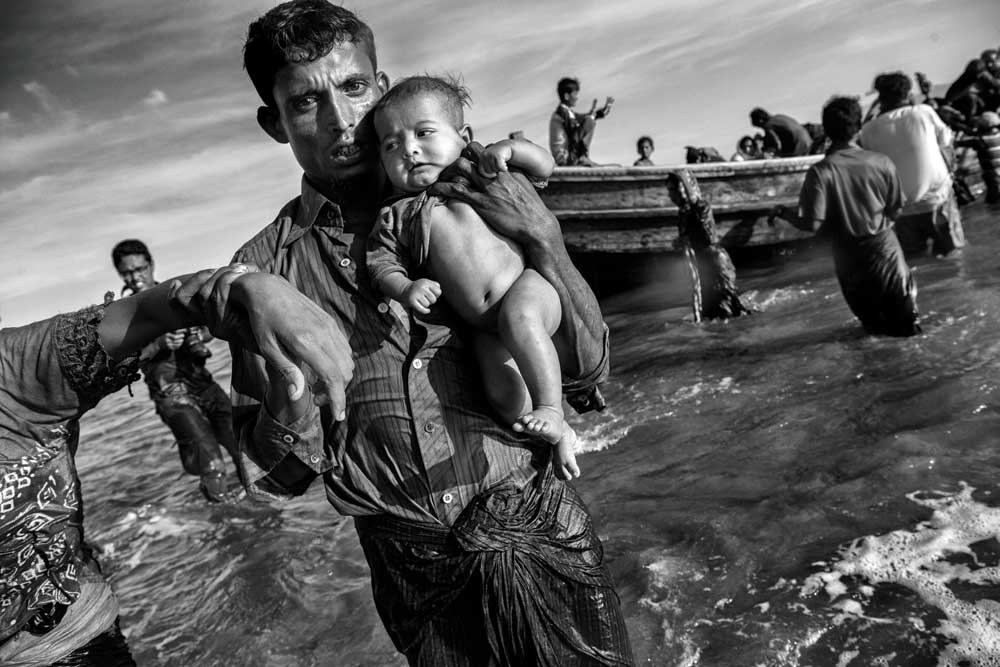 IF MYANMAR CAN’T be persuaded to allow the Rohingyas to return in peace and live in security, they might be allowed to build a new life for themselves in Iceland. They are a people who need land. Iceland, which looks on the map like a snowdrift wafting across the Arctic Circle, has more land than people.

The thought came to me while driving for hours through empty valleys and crossing barren hills, snow-capped peaks in the distance and gushing jets of steam that they call guy-zers in the foreground. There was no sign of human life anywhere. Yes, a few fat sheep rested somnolently among the tussocks. Occasionally, dappled brown and white cows chewed the cud. Squat (and, apparently, useless) horses grazed lazily here and there. We were told never to be rude about them. “You can call the Icelanders drunken layabouts but never insult their horses. Icelanders won’t stand for it!” My Icelandic driver, with an MBA from a reputed English university, chuckles as he tells me his brother-in-law wouldn’t speak to him for six months because the steak he served was foal. It’s perfectly legal here and horse flesh is said to be far tastier than beef, but horse lovers like the driver’s brother-in-law refuse to eat it.

But where were these descendants of Norse warriors and savage Vikings, men who had braved the turbulence of the ocean in their frail craft to build a new home among volcanoes and hot springs? I saw a man walking a small white woolly dog in the outskirts of Akureyri, described as ‘the cultural and commercial centre of the north’, a small ‘city’ with a strong Danish influence. Elsewhere, a gaggle of girls, probably escaped from school, merrily strung out across the road. There was no other sign of life even in the dazzling modernity of Reykjavik, the capital, with its striking concrete Hallgrímskirkja church and rotating Perlan glass dome offering sweeping views of the sea and nearby hills. But for tourist cars whizzing past (and tourism is Iceland’s principal source of revenue), the island could be deserted. The Indian embassy in Reykjavik sponsors yoga lessons.

What does excite curiosity are the huge rolls of toilet paper—or so they looked to me from the distant windows of our passing car— wrapped tightly in white plastic either scattered in harvested fields or piled high in rows. I was told they contained hay for shipment to Denmark and the Netherlands. Both had suffered severe droughts, and grass and hay were in short supply. Iceland had a surfeit of both.

That’s globalisation, I thought. It’s the new name for the principle Karl Marx enunciated in his 1875 Critique of the Gotha Programme. ‘From each according to his ability, to each according to his needs’ was the slogan Marx popularised, referring to free access and distribution of goods, capital and services. Whether Marx also mentioned the free movement of man, determined only by needs on both sides, I don’t know. But it does seem grossly unfair if a law that regulates traffic in goods, capital and services doesn’t also extend to labour, possibly the most crucial factor of production.

This seems especially relevant because with a population of 348,580 and an area of 40,000 sq miles, Iceland is Europe’s most sparsely populated country. Reykjavík, with its cardboard box factories and picture plate offices, and the surrounding areas in the southwest are home to over two-thirds of the population. Even there, the wide open spaces cry out for the tinkle of laughter, for a medley of voices and the patter of human feet. Remembering the tragically overcrowded boats in the Mediterranean, the squalor of camps in France and Italy, and the stern new laws that one European government after another is adopting to keep out the victims of war and famine, I am reminded of Emma Lazarus’ moving sonnet inscribed below the Statue of Liberty in New York:

Give me your tired, your poor,
Your huddled masses yearning to breathe free,
The wretched refuse of your teeming shore.
Send these, the homeless, tempest-tost to me,
I lift my lamp beside the golden door!

One of the world’s oldest parliamentary democracies— rivalling the claim of Vaishali in Bihar—must not be denied the credit it is due. It’s not true, I am assured that Viking settlers chose the name Iceland to discourage over-settlement of their verdant isle. The anti-immigration Icelandic National Front, founded in early 2016 when the first Syrian refugees began arriving, received only 0.2 per cent of votes in October’s snap election. According to Amnesty International, more than 85 per cent of Icelanders want to take in more refugees.

The Rohingyas left their verdant Bangladesh behind to struggle across the hills and carve out a new life in what was then Burma. Given global goodwill and the support of Katrín Jakobsdóttir, the current Prime Minister, they can do so again in Iceland

Hence Mahmoud, a Syrian schoolteacher who is now the guide in a tourist bus in Akureyri. He fled his war-torn country into Lebanon and applied to the United Nations office in Beirut. “One day they said, ‘We’ll send you to Iceland’ and I asked ‘Where’s that?’” He, his wife and children are happily settled now. He says he has an Indian friend who said to him once pointing to the empty valleys, “All this would be very different if more Indians and Syrians settled here!” He laughs. Thinking of how the crumbling inner cities in the English Midlands have changed, of Leicester, Southall, Brick Lane and the glitter of Manchester’s ‘Curry Mile’ I agree with a shudder. I remember how East Bengal refugees overran Calcutta parks and occupied empty buildings. In the fullness of time, they changed the quality of life, invested the word ‘colony’ with a new meaning in Bengali, and introduced a sense of urgency, even violence, into politics.

There are advantages too. Immigrants developed Singapore, the US, Australia, New Zealand and large areas of southern Africa. The 500 Caribbean immigrants on the Empire Windrush in 1948 (the ship is again in the news because many descendants of the original passengers were denied British rights) saved Britain’s industry. Thousands of Indian doctors who could find no employment at home saved Britain’s National Health Service.

Inevitably, Iceland gives preference to European immigrants. It’s historically understandable that Scandinavians should enjoy priority within that grouping. In fact, citizens from the European Economic Area and European Free Trade Association states don’t need a special residence permit to stay on. Although in the European Union, Iceland, like Britain, retains its own currency, the króna. In 1990, the foreign-born share of Iceland’s population was roughly four per cent. With the increase in immigration, it rose to about 11 per cent in 2017. Meanwhile, the share of residents who are not Icelandic citizens grew from less than two per cent in 1996 to nine per cent last year, causing a rethinking of immigration and integration policy.

Since 1960, Iceland has vacillated between net emigration and net immigration. From 1960 to 1996, there was a net loss of some 9,300 people leaving a small and isolated country where nothing much happened. This changed during the boom years of 1997 to 2008, with a relatively large net inflow of 20,300, followed by a net outflow of 8,700 after the banking crisis. Net migration became positive again in 2013 and in 2016 the number of new arrivals was more than an annual 10,000, as in the pre-crisis years.

Migration is a matter of choice for those who leave Iceland. It’s usually a necessity for people like the 791 registered asylum seekers last year, mostly from Balkan countries, only 100 of whom were successful in gaining refugee status. They included 25 Iraqis, 17 Syrians and 14 Iranians. Asylum applications increased from just 35 in 2009 to 1,095 in 2017. In the last two years, most asylum seekers came from Albania, Macedonia and Georgia, and were largely rejected on the grounds that these countries are considered ‘safe’ and their citizens not in need of humanitarian protection. Further, Iceland often uses the EU Dublin Regulation to send asylum seekers back to the first EU member state they entered. In 2016, just 11 per cent of applications were accepted.

The Rohingyas are a people who need land. Iceland, which looks on the map like a snowdrift wafting across the Arctic Circle, has more land than people

The state pays the house rent for the limited number of refugees who are resettled in Iceland, and gives them an allowance for daily expenses. The Red Cross finances Icelandic language classes and cultural courses. The harsh climate—rain, sleet, snow and chill winds—is a challenge for Asians used to warm weather. But learning the Icelandic language is an even more daunting prospect. Mahmoud constantly apologised for tripping over proper nouns that I wouldn’t even try to pronounce.

Sigmundur Daví• Gunnlaugsson, who was then Prime Minister, welcomed the first six Syrian refugee families at Reykjavik airport. Iceland’s president, Gu•ni Jóhannesson, received another five at his official residence. Iceland’s Minister for Social Affairs and Equality, •orsteinn Víglundsson, recently met Filippo Grandi, the UN High Commissioner for Refugees in Geneva, and discussed conditions that refugees have to endure, the emergency situation in the Mediterranean and in Africa, and the importance of an organised reception of quota refugees.

Iceland’s Parliament passed a new law on foreigners in June 2016 (after extensively reviewing the previous 2002 law) to simplify and streamline application processes and speed up procedures, and clarify ambiguities so as to deal with the increased number of applicants. According to the Ministry of the Interior, the main goals were to increase economic competitiveness, protect the rights of humanitarian migrants, and bring Iceland in line with EU laws.

A Welfare Ministry report on immigrant integration gives some idea of how the concepts of assimilation and integration are understood by the Icelandic authorities. According to the report, assimilation (samlögun) occurs when immigrants and other ethnic minorities leave their original culture and language behind and adopt those of their new country. By that token, the Indian Permanent Resident in Singapore who recently posted an image of a black T-shirt with an illustration depicting the Singapore flag being ripped apart to reveal the Indian tricolour underneath in a Facebook group called ‘Singapore Indians and Expats’ and the Hindi words ‘Phir bhi dil hai … My heart is still’ would not have qualified. Integration means more than a flag of convenience.

This may manifest itself in different ways. Some redefine their nationality. Others replace the old mother tongue with the new language. Meanwhile, integration (samþætting/aðlögun ) is the preferred policy, when minorities try to dedicate themselves to their new country’s dominant culture while simultaneously maintaining their own culture and language.

There will be many pains of adjustment if the Rohingyas come. I met an East Bengal refugee in Dandakaranya insisting on sitting astride the bonnet of the transport lorry because as a fisherman he had always commanded the boat’s prow. A group of Syrians at Reykjavik airport refused to get into the bus that had been sent for them because the driver was a woman. Cultural prejudices die hard even when the hospitality is warm; and there have been complaints, albeit infrequent, of ‘racism’ in Iceland.

Necessity is a hard taskmaster. But the Rohingyas are hardy folk. They left their verdant Bangladesh behind to struggle across the hills and carve out a new life in what was then Burma. Given global goodwill and the support of Katrín Jakobsdóttir, the current and 28th Prime Minister, they can do so again in Iceland. Fishing and farming are all the Rohingya need. Their labour can only supplement the wealth Iceland now earns from tourism. 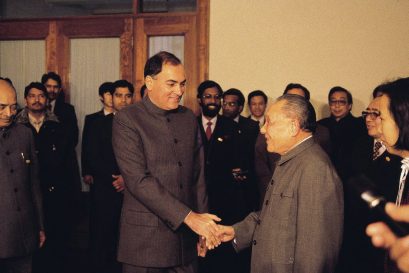 There Cannot Be Two Suns in One Sky

For China, exclusivity applies everywhere it chooses to go 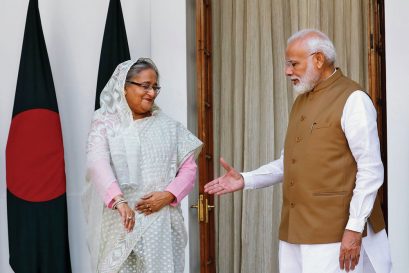 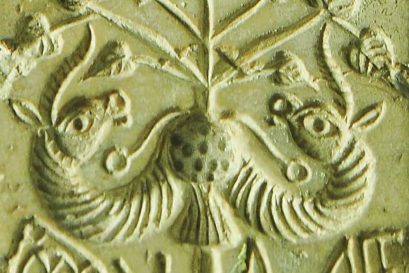 The Tree of Life

Community lessons from the plant kingdom