A Superpower of the Past 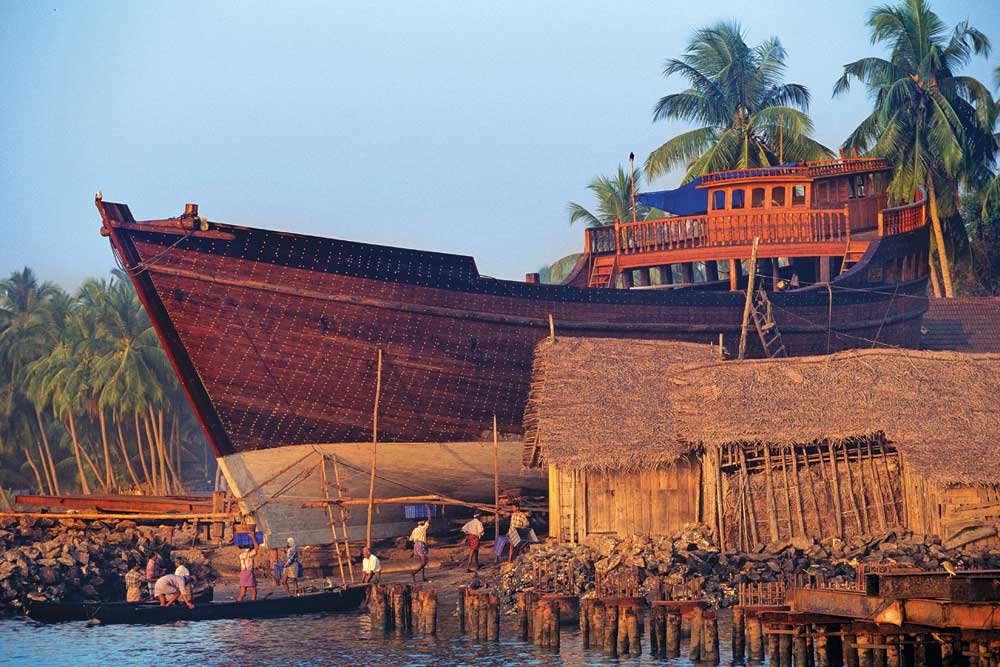 IT IS A TRUISM that innovation is a buzzword and everyone wants it. But why? There is a single measure for innovation: what is the value it creates for society at large, and perhaps incidentally, for individuals and firms? Let us apply this metric to things of the past few decades that are accepted as highly innovative: the computer, certain drugs and medical procedures, the jet engine, the ocean-going container, the smartphone, search engines, social media, e-commerce, space exploration, air-conditioning and the internet. Of course, that is not a comprehensive list of innovations, merely a random one.

Do these things create value? Apparently, they do. Look at the current market valuation of companies like Apple, Alphabet, Amazon, Alibaba, Baidu, Microsoft, Tencent, etcetera. Now look at their offerings. Clearly, people like what these firms have created for them. In an earlier era, companies were appreciated for advances in telecommunications (AT&T), electrical engineering (GE) and oil (Exxon). Hard numbers in terms of revenues, profits and market capitalisation are good indicators of the value generated by innovation.

What is the value of India’s historical innovations? Arguably, Indians were highly innovative, as there are numerous examples of individual innovation. This is so not only with specific ideas, but also in the very generation of knowledge (perhaps the field of epistemology itself); we had a model wherein knowledge was created for the common good. That is, as soon as someone invented or discovered something, it was put in the public domain (and the creator might have been funded by a king or a temple while he laboured away). Thus, we do not know the actual creator of one of the greatest inventions of all time, the decimal notation with zero. It is believed that Brahmagupta (598 -665 CE) invented it, but he certainly did not apply for a patent or even sign the invention.

This is the polar opposite of the Intellectual Property regime prevalent today, wherein the value is appropriated as a property and defended strongly. But the Indian model is enjoying a slight resurgence with the popularity of ‘open-source’ software and Eric S Raymond’s The Cathedral & The Bazaar, which argues that it is generally better to have a creative, bottom-up bunch of independent people working on solving a problem, than to corral a whole lot of smart people under your roof and give them top-down directions. In that sense, the ‘gig-economy’ model may eventually lead to the death of the corporation and the rise of federations, with groups of free agents coming together for a project, only to disassemble and re-assemble elsewhere for another.

It is quite possible that a similar model of self-governing sreni (comparable to trade guilds)—which would qualify as a process innovation—was popular in Sarasvati-era India (as it was much later in the prosperous, trade guild-dominated Hanseatic League city states of northwestern Europe). That pre-industrial construct may become the post-industrial structure of work, something that was displaced by the First Industrial Revolution based on the Theory of the Firm, which asserts that companies exist because they keep work under a common roof and transaction costs low. Today, transaction costs are trending ever downwards anyway because of the internet and developments like blockchain technology.

That brings us back to the original question of the value of Indian innovation. And there is a dramatic answer from Angus Maddison’s history of the world economy: India at the beginning of his period of his study, 1 CE, accounted for a startling 33 per cent of the entire world’s econ0my. For comparison, the US, even at its dominant peak in the 1950s, accounted for no more than 25 per cent of the global economy. So how exactly did our ancestors get there? This has been a bit of a conundrum.

The conventional wisdom is that agricultural productivity got us there. There is surely a major element of truth in that assertion. India has some of the most productive agricultural land in the world: 54 per cent of the land of (modern-day) India is arable if irrigated, compared to numbers in the 15 per cent range for the US and China. Therefore, yes, it is likely that India had a tradable agricultural surplus.

Ancient Indians were highly innovative and evolved a model wherein knowledge was created for the common good. As soon as someone invented or discovered something, it was put in the public domain

In an Open article, ‘‘New Grain Theory’ (July 16th, 2018), Lucknow’s Birbal Sahni Institute of Palaeosciences suggests that rice was cultivated in India 9,250 years ago, thus challenging the prevalent hypothesis that China is where rice was first domesticated. There are bragging rights associated with the first use of rice, as it is probably the most important crop worldwide, and so this claim is bound to be contested. But an uncontroversial fact is that the indica strain of rice was indeed domesticated in India. The earlier date of 9,250 years, as compared to the traditional assumption of about 8,000 years ago, suggests continuity in rice production for even longer than we thought. The domestication event itself is an example of innovation because it takes a significant amount of observation, deduction and experimentation to arrive at a process for cultivating the grain. Furthermore, if Indians began growing rice nine millennia ago, it is likely that they had arrived at a level of agriculture-fuelled wealth a few thousand years after that. What would they have done with their prosperity?

One answer lies in the Sarasvati cities of Dholavira, Lothal, Rakhigarhi, Harappa, Mohenjodaro and so on. The almost- modern architecture, town planning and hygiene of the cities, plus the remarkably large hinterland in which they had uniform weights and measures, as well as the absence of obvious military and royal structures, all point to an advanced and wealthy civilisation that engaged in overland and maritime trade. These people traded widely too, as there is evidence of ocean-going vessels using the dry docks of Lothal, and their exports such as jewellery (carnelian and lapis lazuli beads) have been found as far away as West Asian ports like Bahrain. The absence of royalty suggests they may have been run by sreni rather than by warriors.

They may also have migrated westward; there was the Mitanni/Hurrian kingdom in what is now Syria and Iraq, which spoke a Sanskritic language and had prominent Hindu deities in its treatises. Of course, that brings us to the wretched question of the so-called Aryan Invasion Theory (AIT). There is increasing evidence that the premise of this hypothesis is faulty— that an invading group brought civilisation and the Sanskrit language to India. First, language transmission is not isomorphic with genetic movement (one can happen without the other: an example is the use of English in India without many British genes showing up in the Indian gene pool). Second, there was no need to import civilisation into India, as it was quite civilised already. Third, the language transmission—and migration—could just as well have been from India to Europe, the Out of India Theory (OIT), though there is no conclusive proof either way yet.

Without getting into the AIT (and its offshoots, such as the Aryan Migration Theory), the search for the putative Proto- Indo-European ancestor of Sanskrit continues to be a major academic thrust. So also, attempts to decipher the script found on Sarasvati seals, coins and signboards. One of these efforts has serendipitously resulted in a new hypothesis, that of a metalwork and trading nexus that spanned West Asia, the Sarasvati region and Southeast Asia in the third millennium BCE, that is, 5,000-6,000 years ago.

The Sarasvati people set up a metalwork supply chain across Asia, carving up a Tin Route a couple of millennia before the Silk Route

I REFER TO THE work of Dr Kalyanaraman of the Sarasvati Research Centre in Chennai. His paper will be presented at the World Association for Vedic Studies (WAVES2018) conference in Dallas, Texas, on August 3-5; the proceedings are already available on Amazon.com: ‘Vedic Traditions for Education and Learning: 13th International Conference of the WAVES2018’. Dr Kalyanaraman’s paper is titled, Sarasvati Civilization, Script and Veda Culture Continuum of Tin-Bronze Revolution: A Synopsis, and it proposes a truly revolutionary idea—the Sarasvati Civilisation as the centre of a metalwork empire.

‘The Sarasvati people constituted the key link between the Ancient Far East (AFE) and the Ancient Near East (ANE). Evidences of the Sarasvati Script have been found in AFE (e.g., over 200 Dong Son bronze drums with script hieroglyphs, such as frog, peacock, elephant, markhor, fish) and based on the tin (cassiterite) resources of the Mekong, Airavati and Salween Himalayan river deltas creating the largest tin belt of the globe. The brilliant discovery of tin to create Tin-Bronze alloys overcame the shortage of naturally occurring Arsenical Bronzes all over Eurasia,’ observes Dr Kalyanaraman. Furthermore, he mentions ‘3 pure tin ingots in a shipwreck off Haifa’ with Sarasvati markings.

It’s probable that Sarasvati people, once they had an agricultural surplus, decided to explore industry, namely metalwork. In addition to demand for industrial purposes and casting religious figurines, perhaps there was demand for jewellery; there are tin-bronze hand-held mirrors found in the Sarasvati area that surely catered to the vanity of its inhabitants. An intriguing link is today’s Aranmula (Val) Kannadi, a Geographical Indication for exquisite, highly polished tin-bronze mirrors from Kerala. As an Open article, ‘The Ultimate Souvenir’ (January 11th, 2016), points out, the proportion of tin in the alloy used is 33 per cent, which is critical for reflectiveness.

The ancient Indian genius for metallurgy is beyond question. There is nano-carbon wootz steel as well as the wondrous Iron Pillar of Delhi, which has not rusted after many centuries of exposure to the elements.

Thus the conjecture that the Sarasvati people set up a continent-spanning metalwork supply chain, with ore as raw material mined in Southeast Asia, smelted, refined and transported via maritime trade all the way around the Indian peninsula from Vietnam, or along the Himalayan river network. The final product was perhaps made in Sarasvati workshops, but some of the output was exported to Bahrain, Haifa and so on.

There you have it—a Tin Route a couple of millennia before the famous Silk Route. This is a stunning conjecture and it also brings into focus Indian maritime prowess, which apparently dominated the Arabian Sea, Bay of Bengal and the Indian Ocean. There have been instances of the discovery of Indian-made teakwood ocean-faring dhows (two ancient vessels were found preserved in the desert sands of Egypt some years ago). In the port of Beypore in Kerala, traditional shipwrights still make these ‘sewn’ teakwood boats known as urus, lashed together with coir-based rope, constructed without nails.

The Tin Route would have made traders and sailors wealthy. That innovation would have added economic value. All added up, Indian industrial and supply-chain innovation must have contributed to the wealth of the nation. This could well explain why India had one-third of the world’s GDP in 1 CE.