The freewheeling structure of a “road movie” takes a documentary crew on the trail of Gandhi’s Salt March of 1930, and uses that epic journey to make a trenchant comment on the Gujarat of today. 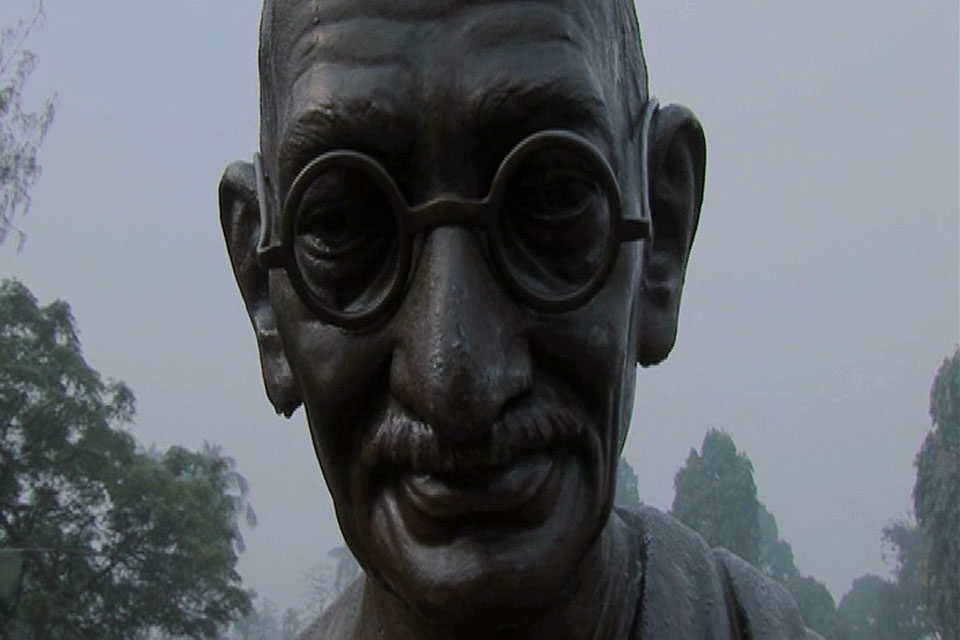 A “road movie” takes a documentary crew on the trail of Gandhi’s Salt March of 1930, and uses the epic journey to make a trenchant comment on the Gujarat of today


The 241 miles of the Salt Satyagraha became a powerful act of an anti-colonial nationalist movement. Its finale on the salt pans of Dandi—when Gandhi symbolically bent down to pick up a pinch of salt—had strong political resonances because it focused on a basic issue of livelihood, the right of Indians to make and consume their own salt.

For those who have simply admired the transformation of ‘modern’ Gujarat in the past two decades, and ignored it’s role as the hard-hearted laboratory of modern, globalising India, the film is a deft reminder of the price being paid for it. It reminds us how the poor of Gujarat must make place for the future that the urgent modernisers have unveiled for them, under the great helmsman, Narendra Modi.

From metropolitan Ahmedabad to the village of Dandi on the Saurashtra coast, it runs a sharp knife through the many transformations that accompany these changes. Fortunately for us, instead of any heavy-handed didacticism, filmmaker Lalit Vachani performs his surgical tasks with empathy, and an often mordant wit, which carries us lightly through a troubling terrain.

On this route, the ignorance about Gandhi—and what he stood for—is often hilarious, and that is what initially disturbs us. The very villages and landmarks of that great journey seem effaced by that ignorance, and the misshapen busts of Gandhi have unsurprisingly been relegated to the dusty backrooms of Gujarat.

But then there are the deeply troubling encounters with venerable Gandhians whose calm exteriors dissolve rather quickly under scrutiny, revealing themselves as ranting Islamophobes. Or the in-your-face casteism, and deeply ingested hatred for dalits that still holds much of Gujarat in its vice-like grip. So that eventually we are surprised not so much by what has changed but by how much has remained unchanged.