They are on the frontline with policies and philanthropy 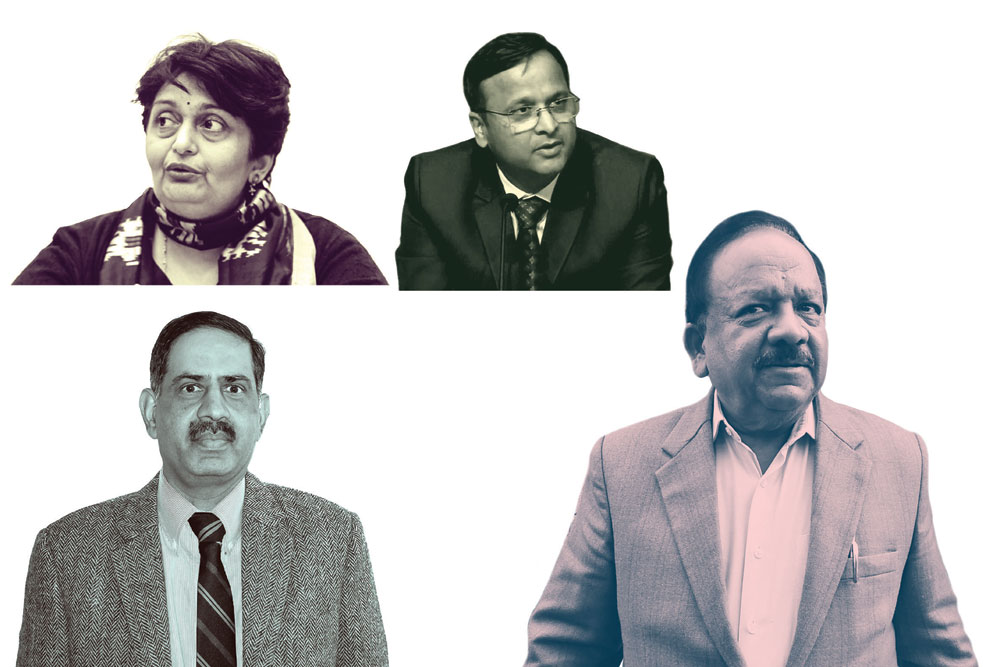 
IF INDIA HAS officially been able to keep the coronavirus under control so far, much of the credit should go to the people behind the scenes. On March 18th, the Indian Council of Medical Research (ICMR) convened a high-level technical task force of 21 experts, followed two days later by the health ministry forming a 17-member public health working group. Added to this was a principal scientific officer reaching out to corporates, in what the Government was hoping would be a public-private-citizen partnership.But as reports from the ground came in of the humanitarian crisis staring the Government in its face, on March 29th, it set up 11 empowered groups under the Disaster Management Act of 2005. As one of the country’s premier immunologists, Satyajit Rath, says: “There are no other ways to combat the virus, apart from trying to avoid all of us getting it at the same time, which will put huge pressure on the healthcare system.” He says that first, we are all more worried than warranted about our individual selves and less worried than warranted about spreading infection quickly and widely, which leads to healthcare systems getting overloaded. Second, we are not testing widely enough to produce evidence to assess the situation. Third, we do not seem to be alleviating, or even making plans for alleviating, the massive hardships we have created for the poor of our country as a result of the lockdown.

Here are the health warriors who’ve been directing the policy aimed at buying time, allowing for testing and hospital facilities to be built. 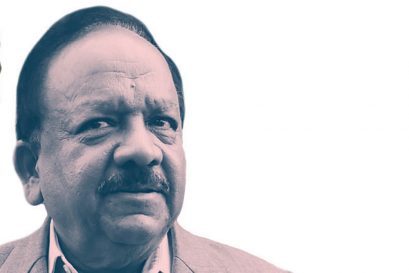 DR HARSH VARDHAN, Union Minister for Health and Family Welfare: Unlike in his previous stint as Union Minister for Health and Family Welfare when he didn’t last the full term and was replaced by JP Nadda, the otolaryngologist has stayed the course in the Narendra Modi Government 2.0 to face the biggest test of his career. The good doctor has had brushes with history before as health minister in Delhi with the successful implementation of the Pulse Polio Programme, which ensured mass immunisation of 1 million children up to the age of three. In 1997, he also piloted one of the first anti-tobacco laws implemented by any province in the country. In 2001, former Prime Minister Atal Bihari Vajpayee had described Dr Vardhan as ‘Swasthya Vardhan’; former Prime Minister IK Gujral called him the “best health minister of India”. Before the coronavirus crisis, he had considered the cleaning up of the ‘corruption-plagued’ Medical Council of India (MCI) and the passage of the National Medical Commission Bill 2019 as one of his greatest achievements. If India is able to overcome Covid-19, he may want to revise that self-assesment. 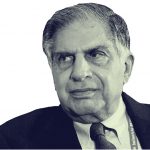 RATAN TATA, Chairman Emeritus, Tata Sons: In keeping with the Tata group tradition, Ratan Tata made a big announcement when he said the conglomerate would spend Rs 1,500 crore on what is most urgently needed: procuring protective equipment for frontline workers, respiratory systems for treatment of increasing cases, testing kits, setting up of modular facilities for infected patients and knowledge management as well as training of health workers and the general public. While Rs 1,000 crore was committed by Tata Sons, Rs 500 crore came from Tata Trusts. Moreover, he thought small as well: Taj Hotels will provide free hot meals to doctors battling the virus at Mumbai government hospitals. 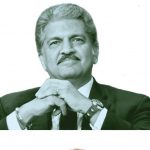 ANAND MAHINDRA, Chairman, Mahindra Group: One of India’s most socially active billionaires, he put his money where his mouth is, pledging that the Mahindra Group would help in making available ventilators, essential to healthcare of infected patients. The company increased production and also started assembling faceshields, especially for health workers. He also offered setting up of Club Mahindra Holidays’ resorts as temporary care facilities. His positive tweets, whether saluting healthcare workers or promising to take care of the daily rations and essentials of at least three less-privileged families, have enormous following, especially in these dark times. 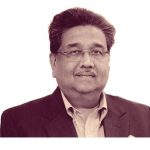 HARSHAVARDHAN NEOTIA, Chairman, Ambuja Neotia Group: The affable real-estate tycoon showed he was all heart when he offered 30 luxury bungalows in South 24 Parganas to the West Bengal government as quarantine or self-isolation suites. He has also been at the forefront of meetings by corporate India asking the Government to assess cash flows of companies, impact on small businesses and the situation of contract workers facing loss of income. 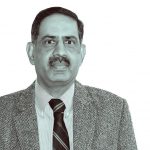 DR BALRAM BHARGAVA DG, ICMR: As the face of India’s premier agency for testing, he has been at the receiving end for there not being enough of it. His responses have always been in his trademark unruffled style: that India can perform 50,000-70,000 tests a week but doesn’t need to. Indiscriminate testing is not the answer, he says, adding that there should be tests only if there are symptoms. Perhaps his conservative stance comes from his background in cardiology where he has been critical of overdiagnosis and overtreatment, which he says is driven by stakeholders seeking to maximise profits. That is why he started the Society for Less Investigative Medicine at AIIMS to develop treatment guidelines for 100 diseases which take account of what is available and cost-effective for India. As co-founder of the Stanford India Biodesign programme, he also spearheaded many frugal biomedical innovations. An interventional cardiologist, he also pioneered the development of low-cost indigenous coronary stents. Bhargava’s mission, when he took over the century-old ICMR in 2018, was to implement Modi’s ambitious target of ending tuberculosis by 2025 and ending most infectious diseases by 2030. For now, he has a new disease to vanquish. 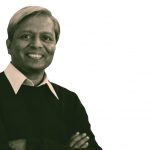 K VIJAYRAGHAVAN Principal Scientific Adviser: He has been at the forefront of the advocacy for a public-private partnership, including on Twitter. A key member of the empowered group headed by NITI Aayog CEO Amitabh Kant, he is in charge of coordinating with the private organisations for ‘response-related activities’. VijayRaghavan wants companies to use CSR funds to fight the coronavirus. He even got the Ministry of Corporate Affairs to issue a clarification. Thanks to his nudging, the Government announced funding for indigenous labs to submit their proposals: Pune’s molecular diagnostics company Mylab developed the first Indian testing kit approved for use. His tweets have been most useful for anyone looking for information and reassurance. From urging everyone to look after the elderly, the vulnerable, the lonely, the poor and informal workers, to arguing for collaboration of industry and academics for trials of drugs, he is a one-man public service. 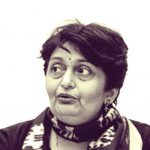 PREETI SUDAN, Secretary, Union Ministry of Health and Family Welfare: She is the chair of the ministry’s public health working group and co-chair of ICMR’s high-level technical taskforce. In the early days, it was she who would conduct video conferences with ministries and state governments. A 1983 batch Andhra cadre IAS officer, she was previously Secretary, Department of Food and Public Distribution. She was Joint Secretary in the Ministry of Defence and a key architect of the Ayushman Bharat scheme. She played an important role, coordinating relief efforts from the Centre, during the Kerala floods of 2018. 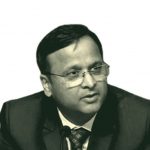 LAV AGARWAL. Joint Secretary, Union Ministry of Health and Family Welfare: The 1996 batch Andhra Pradesh cadre IAS officer is the pointperson for the public health working group, headed by Secretary Preeti Sudan, and briefing the media, which he does with a Sir Humphrey level of waffling. Trusted by the Prime Minister’s Office, he is the man anointed with presentations to the world at large. He was formerly District Collector of Visakhapatnam. 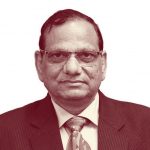 DR VINOD K PAUL Member, NITI Aayog: He heads the empowered group for the medical emergency management. Recently appointed as Chairman of the Board of Governor which will replace the MCI, Dr Paul spent over three decades at AIIMS in New Delhi. He was also special invitee to the public health working group under the ministry and chair of ICMR’s high-level technical task force and one of those tasked with dispelling misinformation. 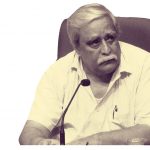 DR RAMAN R GANGAKHEDKAR, Head (Epidemiology and Communicable Diseases), ICMR: Leading the epidemiological analysis, he is a key member of the empowered group on the availability of hospitals, isolation and quarantine facilities, disease surveillance and testing as well as critical care training. A paediatrician and public health expert with specialisation in reproductive and paediatric AIDS, he is in charge of analysing the virus strain. He is also leading ICMR’s effort to curb viral diseases in India. The priority, he has said, should be to cure those who are infected, even as work on vaccines is going on. An Indian vaccine against the coronavirus, he says, may take at least 1.5-2 years even if trials are expedited.