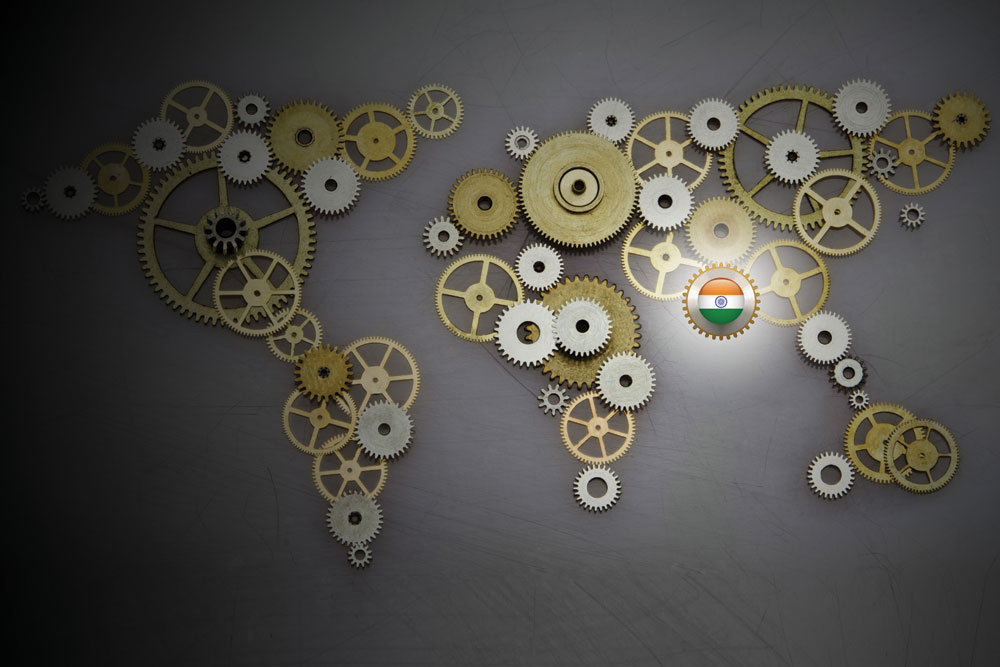 
A HOUSE IS SAID to be self-sufficient if it has a toilet attached to it. This might not have been true a few decades ago but is accepted as self-evident today, which also indicates how the idea of sufficiency can metamorphose. What had been perfectly normal for thousands of years—going into the backyard or field with a vessel containing water—becomes a symbol of backwardness. This was why Prime Minister Narendra Modi, immediately after first coming to power, instituted a policy of toilets for all. It was a prime element in the Swachh Bharat campaign. Crores of houses were going to get toilets and, where it was not possible, at least everyone would get access to them. Even a year ago, the Government was announcing victory with Modi saying that 11 crore toilets had been built and 60 crore Indians had benefited. And yet, while this was true, there was an unspoken footnote, which demonstrated how difficult it is in India for policy to meet objective. The structure of a toilet is a necessary, but not a sufficient, condition for it to be used. It needs water supply, electricity, sewage disposal— and providing those everywhere are much more gargantuan challenges. As a result, there have been scores of reports of how these newly constructed toilets are not used, with villagers often turning them into storage spaces. Self-sufficiency is a composite; all pegs of the tripod must stand together for it to work.

Toilets—which he made a principle of cleaning himself—were not a big feature of Mahatma Gandhi’s prescriptions, but sanitation and personal hygiene were. Where available, he thought toilets must be as clean as drawing rooms and open defecation, according to him, even though a cause of many diseases, was also fixed by adopting good practices like covering the faeces in a pit or converting it to manure through compost. It was, for that time, more practical than constructing a toilet in every home but even that didn’t quite succeed because people just couldn’t take the effort. Such cheap and easy solutions were part of Gandhi’s larger view on how India could and should become self-sufficient by making its villages self-sufficient. In the Sevagram Ashram’s website, there is a page on Gandhi’s economic ideas gleaned from his various writings. It has a subhead on self-sufficiency at the top followed by his quote: ‘Man is not born to live in isolation but is essentially a social animal independent and inter-dependent. No one can or should ride on another’s back. If we try to work out necessary conditions for such a life, we are forced to the conclusion that the unit of society should be a village or call it a manageable small group of people who would, in the ideal, be self-sufficient [in the matter of their vital requirements] as a unit and bound together in bonds of mutual co-operation and interdependence…In other words, there should be equality between the town-dwellers and villages in the standard of food and drink, clothing and other living conditions. In order to realize this equality today people should be able to produce their own necessaries of life, i.e., clothing, foodstuffs, dwellings and lighting and water.’

HE THUS MAKES self-sufficiency’s objective not independence from the outside world, but equality with it. There is also another quote contained there which puts in a rider on the concept. ‘My idea of self-sufficiency is that villages must be self-sufficient in regard to food, cloth and other basic necessities. But even this can be overdone. Therefore you must grasp my idea properly… Self-sufficiency does not mean narrowness. To be self-sufficient is not to be altogether self contained. In no circumstances would we be able to produce all the things we need. So though our aim is complete self-sufficiency, we shall have to get from outside the village what we cannot produce in the village; we shall have to produce more of what we can in order thereby to obtain in exchange what we are unable to produce.’ There is in that a parallel to what Modi said about his Atmanirbhar Bharat vision on July 9th at the India Global Week 2020: “130 crore Indians have given the call for an Atmanirbhar Bharat. A self-reliant India. Atmanirbhar Bharat merges domestic production and consumption with global supply chains. Atmanirbhar Bharat is not about being self-contained, or being closed to the world. It is about being self-sustaining and self-generating.” Both—Gandhi’s village vision and Modi’s national one—recognise the impossibility of absolute self-sufficiency. Or even the desirability of such a position. It not only does not work taken to its extreme but is counterproductive to the ends it is designed to attain. Much of human history stands testament to it.


For most of its existence, the pre-colonial world did practice a form of self-sufficiency and the result was near-zero growth economies. Sure, you could have a Genghis Khan who went conquering all over and through plunder, made the Mongols incredibly wealthy overnight. But these were mere blips in the overall chart. The world, except perhaps for luxury goods for a chosen elite, retreated to its hamlets, villages or towns, where the goods consumed by the vast majority didn’t change and, even if it did, it was in painfully slow increments. Take the mobile phone, which when first introduced commercially, was so prohibitively expensive that only the richest in the richest countries could afford it. But now most Indians, even those walking the poverty line, have one a few decades later. As against this, think of inventions of the distant past, say, toilet paper. The Chinese used it as far back as the 6th century CE, but it would become a daily feature of Western civilisation only two centuries ago, that is, more than 1,200 years later. It took more than a millennium for toilet paper to become common.

According to studies by Bradford deLong, economics professor from Berkeley University, the world Gross Domestic Product per capita remained more or less stagnant up to the end of the 19th century and then rose steeply. It was the result of European expansionism and colonisation—an enforced globalisation by force of arms. It changed the nature of the global economy, connecting it through a vast network of trade linking goods and services from one end of the world to another. Consider all the vegetables in your home at present. The tomato. It wasn’t even known outside the American continent till the Europeans went and brought it first to themselves, and then elsewhere, like India. The green chilli. The potato. These were all alien to India. For thousands of years, Indians were bereft of almost all the tastes that are so familiar today. Even up to a hundred years ago, you could divide India into rice and wheat-eating silos because people ate what they grew in their region. The price of self-reliance was the absence of choices.

Indian villages have been considered to be quasi self-sufficient units up to modern times, which is probably the ideal Gandhi wanted to go back to. In a paper in the American International Journal of Research in Humanities, Arts and Social Sciences, historian Hareet Kumar Meena wrote about villages in the pre-British period: ‘The villages enjoyed a self-contained and self-sufficing existence. One of the remarkable historians, Elphinstone had described Indian villages as “Little republics, having nearly everything they can want within themselves.” The activities of the villages were regulated, as far as possible, a self-propelled and self-dependent economic unit [Moreland, 1968]. Broadly speaking, the needs of the village community were satisfied either within the village or by the neighbouring villages. The prime economic necessities were food and clothing. The majority of members of the typical village community were, therefore obvious, cultivators and weavers. The additional needs, such as, farming implements and utensils, were provided by the smith. The potter made pots, and the goldsmith, ornaments. The simple needs of the villager could be met by these craftsmen or tradesmen. The small trader supplied the other goods which the village did not produce.’

One of India’s greatest sociologists, MN Srinivas, in a paper he wrote in 1960 in the Economic & Political Weekly, however, argued that the villages were in fact part of a ‘wider economic, political and religious system’ even if they were poorly connected by roads and monetary transactions were minimal. ‘The appearance of isolation, autonomy and self-sufficiency was only an illusion,’ he wrote. One of the examples he gives is that villages always required the services of townspeople for specialised services. He wrote: ‘Whenever they wanted to build a brick-and-mortar structure, whether it was a dwelling house, a well, a hospice [dharmasala], a village meeting house [chavadi], or a pigeon-tower [chabuturi], they had to call in brick-layers and lime-workers from nearby towns. They also get their gold and silver ornaments made by a town smith. Though mud pots and pans were popular in the house, the few metal vessels which were in use, and the immense metal utensils for cooking community dinners, were bought and repaired in the town. The florist, the tailor, the washerman, the vahivancha [genealogist] and the grain parcher were all to be found only in the towns and very large villages.’

If absolute self-sufficiency is impossible and never existed, then what is it that is being asked for? If self-sufficiency is to be self-reliant, then what is self-reliance? If it is to be self-contained, then what is self-containment? There is no clear definition once it is agreed that self-sufficiency does not mean wilful total isolation. The broad idea seems to be to somehow be as little dependent on anyone else for one’s own growth. But that only makes it a synonym for local manufacturing and development. And how then is that any different from aspirations of the past? It is hard to find a satisfactory answer but we might make some headway by asking why has it become necessary to stress on it now. For decades, globalisation has been unquestioned because of the riches it brought in. Free movement of goods and services kept the growth of the world going. To push for self-sufficiency in such an environment was to go backwards in a race where everyone was winning by merely participating.

But two factors have changed. One is the pandemic, which brought the interconnectedness of the world to a screeching halt as countries locked down to protect their own populations, and in isolation, what other option is possible other than self-reliance? The second factor is the Chinese dropping all pretensions about their global political ambitions. For the last few decades, the world’s prosperity has correlated on the shoulders of China’s cheap labour and manufacturing. Now that it is a superpower, it wants to assert political dominance, and one of its targets is India. What started off as the US starting a trade war with China, has now also swept India in its tide. We have been forced to turn inwards in recognition of our economic vulnerabilities. But given that other factors remain unchanged, the success or failure of self-sufficiency will be entirely dependent on all that has made India a success or failure in the past. 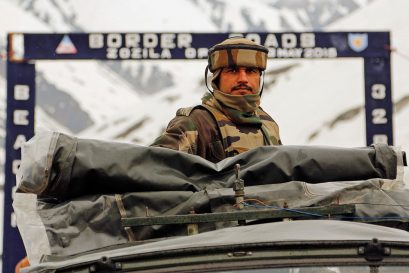 The psychological divide between the enemy lines 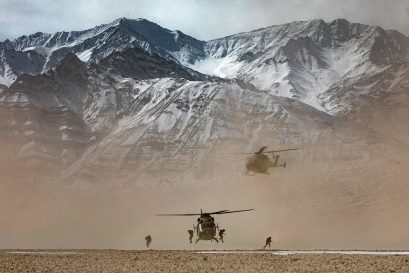 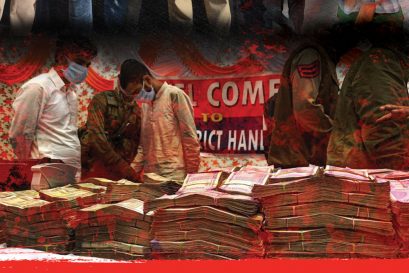