On Brewing a Budget 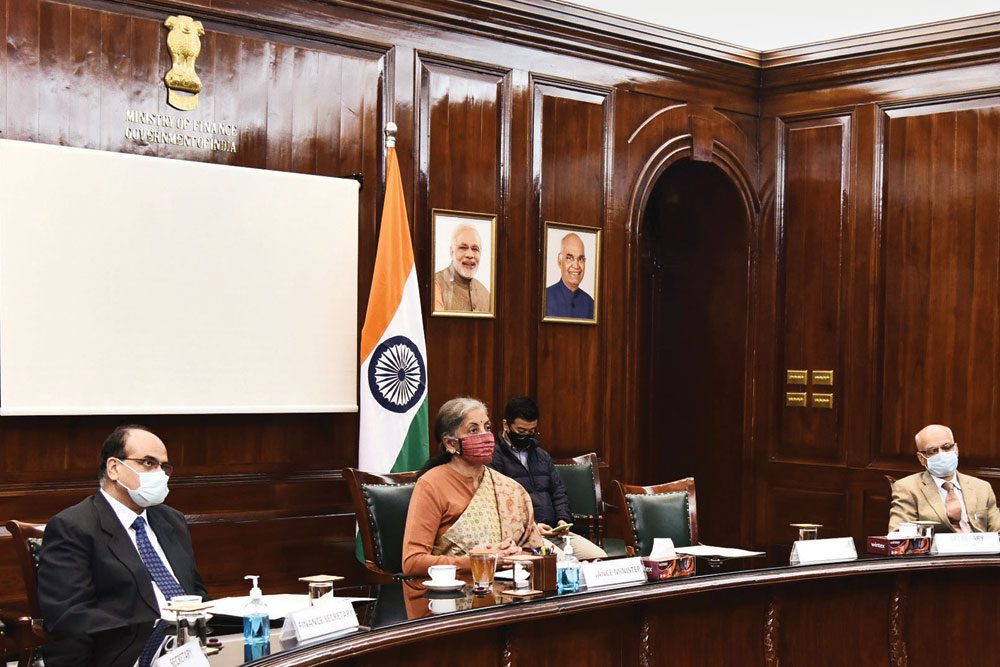 BUDGETS OF GOVERNMENTS, the world over, are an exercise in political economy, not arithmetic. It is as much about voters and supporters as it is about investors and taxpayers. The context, political as well as economic, in which the budget is being presented, must inform the content of the budget.

It is generally not known but more time and effort is spent on navigating the budget through the risk-averse and largely status quoist bureaucratic system. My personal experience has taught me that even greater negotiating skills are required to on-board party colleagues and build a consensus especially on the budget within a coalition government.

Nirmala Sitharaman’s Budget, high on EQ, seems to have been helped in conception, design and style by a few things that stand out in all good budgets.

SAY IT AS IT IS

The first step is to ensure that the basic ingredients, the numbers in the budget, are not adulterated. As Chef Jean-Pierre famously said, if you put pure ingredients, you will get a parfait dish even if you are a bad chef.

By recognising the reality and reporting it when the arch lights were on, the finance minister has restored the integrity of the Budget numbers. This is even more creditable because some of the official numbers generated by this Government—the unemployment census, the GDP estimates—would have failed the smell test. PC Mahalanobis, the father of the official statistics of India, would have definitely taken umbrage.

The fiscal deficit figure at 10.8 per cent, for instance, is the most accurate figure in a long, long time. The Budget became a Fudget in the 1990s when the International Monetary Fund (IMF) had put a fiscal deficit number as a conditionality. Being stuck with having to meet that given number, a lot of creativity was expended on fudging the number.

Recall how the surplus in the oil pool account was transferred to the Consolidated Fund of India, known as the Geethakrishnan effect (KP Geethakrishnan was the then finance secretary), to show a lower fiscal deficit number. The IMF conditionality got over because the Government of India found it easier and simpler to terminate the loan agreement than find news of fudging!

Or the time when the original public finance guru, Raja Chelliah, advisor to the finance minister, came up with a simple solution to reduce the fiscal deficit without raising the revenue or cutting the expenditures. He suggested hiking the dividend from the Reserve Bank of India (RBI) from Rs 150 crore to Rs 1,500 crore! The RBI boss, like most Budget analysts, discovered the sleight of hand a day later after reading the fine print.

CUT NOT YOUR COAT ACCORDING TO YOUR CLOTH

A sovereign to be a sovereign, is better off buying the cloth according to the coat it needs. As the Polish economist, Micha Kalecki, said about capitalists, governments earn what they spend. Unlike individuals and households who spend what they earn.

Budgets should not be made with revenue receipts as the determining policy variable. Expenditure should be the focus and fulcrum of the budget. Based on a firm understanding of the economic situation, a policy decision should be taken by the finance minister about how much expenditure, as a percentage of GDP, must be made. That done, the resources team should be put to work to finance this level of expenditure. It is this feature that differentiates a sovereign’s budget from a home budget.


The state budget of Jammu and Kashmir was a fiscal wreck. I discovered it was all because of one sector: power. The gap between expenditure on power purchase and power receipts, the ‘financial power deficit’, was more than the fiscal deficit! So, it made sense to keep power out of the main budget

Putting expenditure at the core of the contraction was the most critical input given by Bimal Jalan, chairman of the Economic Advisory Council to the Prime Minister (EAC-PM), to then Finance Minister Manmohan Singh. I recall this from my days in the EAC. From the point of view of budgetary arithmetic, this is what made the Budget for 1991-1992 a game-changer in fiscal policy terms.

Exactly three decades later, that is exactly how Team Sitharaman has constructed their Budget. Of course, the decision to do so has been driven by the crying need for a fiscal stimulus which has at best been inadequate so far. Having done that, allocate according to your need.

Having made the level of expenditure the soul of the budget, life gets breathed into it by allocating it to sectors that are chocking growth.

The state budget of the then Jammu and Kashmir was always perceived as a fiscal wreck; something beyond redemption. After I took over as finance minister and conducted a detailed examination of the budget maths, I discovered it was all because of one sector: power. The gap between the expenditure on power purchase and power receipts, the ‘financial power deficit’, was more than the fiscal deficit! So, instead of trying to alter the entire fiscal set-up, it made sense to keep power out of the main budget and provide for it separately. That is why I set a precedent and presented the power budget, in addition to the general budget, in the state Assembly.

The focus on capital expenditure in the Union Budget was long overdue. Last year, just as an example, the Government spent Rs 15 on overheads to execute Re 1 of capital expenditure. This is a little noticed allocative anomaly which has huge macroeconomic implications. The only way to improve this is to cut the revenue expenditure which is not easy to do with 80 per cent of it pre-empted as salaries, interest payments. So the only solution is to improve capital expenditure. And back it with a slew of policy initiatives. The only Budget that I recall having done this better than the current one is the Budget of 1996 which allocated resources to the housing sector and complemented it with a slew of market-making policy initiatives.

To deliver on the ground, this expansionary Budget needs to be executed in partnership with the state governments. And it is this that could well be the Achilles heel of the Budget. The only discordant note in an otherwise good Budget is the shrinking role of state governments in policy matters. As it is, the states are nothing more than expenditure disbursing institutions. The policy and powers to design have increasingly been centralised, denying states any skin in the game. The non-participation of states could well dampen the success if not the spirit of this Budget.

That would be a tragedy.