Love In the Time of Covid 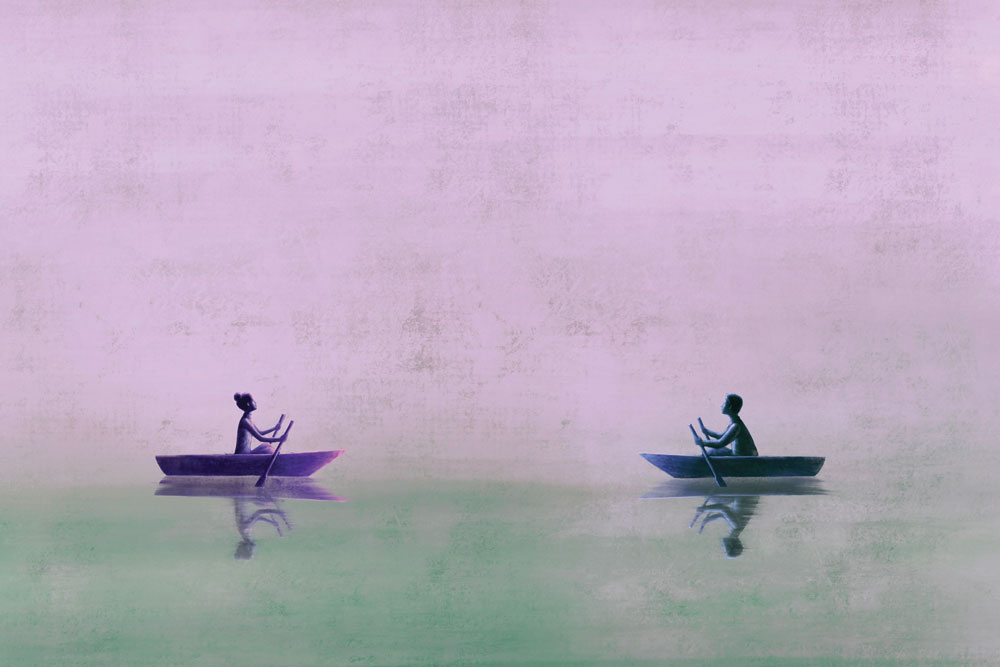 
It was May 25th, 2020. After a three-month closure, the skies were finally open for domestic travel. Between March 15th and May 25th, I had bought five flight and one train ticket, all from a single point of departure, all to the same destination. Delhi to Pune. I had briefly even found a prospective travel companion who needed to get from Delhi to Alibag, where her family was stranded. Every night, we’d speak to each other, conjuring routes and mediums of transport. We’d only met once before through a common friend, but adversity made us comrades. We conjured elaborate cab routes from Delhi to Mumbai. We discussed lockdown travel rules and epasses and hotels and homestays late into the night. While we spoke about our prospective road trip, we knew we’d fly given the first opportunity. These conversations gave us a sense of agency, we felt we were doing something at a time when we were stuck, and felt crippled by the state and its machinations. On May 25th, we were on the first flights out of the capital.

The pandemic has ground the brakes on so much of life. Travel on a whim, is now travel on a hope and a prayer. We no longer merely meet friends and family, we machinate, and calculate costs to benefits. Restaurant visits are now restaurant reconnaissance. We consider wind-flow patterns, scout for hidden enemies, and strategise to stay clear of crowds—in malls and theatres, airports and markets. Professional trajectories have careened to a stop or fallen off the cliff.

But in this global slowing, there has also been an acceleration. Too many of us have waited, for too long, to have our ducks in a row. With 2020 having shooed all the ducks out of the water, there is a now-or-never edge to it all. The globe is waiting to see the end of this year, but this year has also pushed so many of us to commit to decisions that we’ve stalled over for lifetimes. A friend has bid farewell to a Delhi life of 15 years and signed a lease for a house in a Goa village. A couple have finally committed to buying a Portuguese villa for their dream homestay project. Another couple who’ve been engaged for years, realise now is the best time to get married. I moved cities in the time of a pandemic to be with my partner.

The pandemic has enforced a focusing of attention and effort. We’ve all had to create our own bio-bubbles. To stay secure we are mandated to keep the outside world out. I knew who I wanted in my bio-bubble and anything less, anything else, was pointless.

The national lockdown of March and April impaled hardships on all of us of varying time and severity. For the first time, I admit, in my life I actually felt alone. For 35-plus years I have always revelled in the ‘strong independent woman’ tag. I have always tried to ensure that my relationship status (or lack thereof) has not defined me. Long committed to ideas of ‘space’ and ‘freedom’, long-distance relationships, or interactions of convenience had suited me well enough. But now, suddenly, living alone, I couldn’t meet friends and family as and when I wanted. Without Ubers or autos or the metro, I was quite literally islanded.

I’ve found not just solace, but kinship, in authors like Olivia Laing. In her meditation on art and the city The Lonely City (2016) I chose to identify loneliness as a wellspring, a human trait rather than a travail, common to most people, and independent of relationship status. The loneliest people are often those in unhappy relationships. I had the support system of family and friends who I loved and felt nourished by. Life was always busy enough, happy enough, good enough. I wasn’t in neediness, and far from wanting.

But two years after Laing published The Lonely City she was getting married. A friend who knew of my affinity for Laing sent me her article published in The Sunday Times to which I did not have access with the headline, ‘Olivia Laing, the acclaimed author of The Lonely City, on loneliness, marrying the poet Ian Patterson and the challenge of intimacy’. The personal lives of authors and actors, seldom, if ever, affect me. But for the first time, I felt betrayed. She had committed to the single life, she had written an entire book on it, and she too had strayed from the path. Why was it that eventually everyone succumbed, I thought in July 2018.

But a few months later, like Laing, I too would succumb. In my eyes, our path seemed oddly similar. She had embraced the unattached life, and then, when least expected, she had been hit by love.

I met A in September 2018. For the first time, someone showed me that ‘happy enough’ was a compromise. For the first time, I felt that thanks to simple dumb luck I had been fortunate enough to find ‘my person’. Someone who is so unlike me, yet someone with whom I feel the joy of giggles and the deep sigh of contentment. A friend calls me ‘BNG’ (Buoyant and Giggly) given my sudden uptick in optimism. I say that finding love in one’s late 30s, can have that effect!


I could now make sense of this new relationship by seeing us as parts of a sentence. He is the verb. And I am the noun. It fit. We fit. I’d always fancied myself as autonomous, self-sufficient, an entity which did not need an other to be complete. But here he was, all do, do, do, and done

Divorced from daily urbane distractions, his routine had the clarity of snowflakes. Suddenly everything became more elemental. Dependent on a diet of pre-packaged food, a highlight of his stay was finding a ‘fresh’ apple at the back of the freezer. It was cut into 22 pieces, and shared with the team. With water restrictions, baths could be had only once a week. Occasionally I found myself more appreciative of the bite of a crisp fruit, and the shower above my head.

It was summer in the Antarctic, and I’d get photos of daytime and night time sunlit skies. Thanks to the glories of WhatsApp video calls, and the trajectory of satellites over the poles, we would see each other every day. He had his favourite chair near the window of a large common area. His vantage point became mine. Sitting in Delhi, or Chennai, or Kerala, or wherever I might have been at the time, he’d tell me about the melting ice, approaching water, and penguin sightings. Alien words now became part of my vocabulary, as he would point out the passing ice floes and describe the snow petrel he’d seen earlier in the day. I could now tell the difference between an Adelie penguin (with its signature ring around its eye) and the Emperor penguin. He’d send me videos of his solo wanderings into the White South. I’d watch these videos on loop, not only to hear him, but for reprieve. In the din of the city, here was silence; in the congestion of an urban sprawl here was rare isolation; in the miasma of Delhi, here was pristine wilderness.

I’d always felt like an onion, as if to reveal a layer was to become spent, and to leave one exposed to disappointment. Social media, its demand to overshare, and people’s willingness to do so, often surprised me. I saw myself in Sally Rooney’s line in Conversation with Friends; ‘I thought about all things I had never told Nick about myself, and I started to feel better then, as if my privacy extended all around me like a barrier protecting my body.’ In previous relationships, I’d always used privacy as a shield. Privacy was essential! With A, I felt that sharing wasn’t depletion, it was addition. He knew, and I felt lighter, not less.

Unable still to trust my own intuition, I tried to figure out why I liked him so much. It is little surprise that I found the answer in a book on writing. In First You Write a Sentence Joe Moran, writes, ‘People who love sentences love verbs.’
And there it is. I could see it now.

Moran continues, ‘Nouns, because they name something permanent, have just one form. Of all parts of speech they are the most self-sufficient and singularly resonant. But verbs take many forms, often irregular, depending on what role they play in the sentence. They are useless by themselves, and rarely as euphonious as nouns or adjectives. But put them next to other words and they are as life-giving to the sentence as light and air to the world.’

That paragraph stole my breath.

I could now make sense of this new relationship by seeing us as parts of a sentence. He is the verb. And I am the noun. It fit. We fit. I’d always fancied myself as autonomous, self-sufficient, an entity which did not need an other to be complete. But here he was, all do, do, do, and done; he’d infused brio and breeze into my days and nights. He is the verb, he is movement. Partner him next to the right noun, and he will animate it, just as a noun must earth him. Together we made a sentence, a foundational unit that is complete in itself.

During the lockdown, I realised the wisdom of Laing’s words, ‘Loneliness is caused by the lack of intimacy.’ By March 2020, he was back in Pune, we still had WhatsApp and video but that did not allow for connection. Words were misheard, moods misread, and silences misunderstood. Annoyed at our inability to meet, and clueless about when and how we could be together again, we grew irritated with each other. I wondered if it had all been a mere mirage from the start, just another melting iceberg.

In pre-pandemic times, one took for granted weekend visits and quick getaways. But now— denied the mellow glow of community time and activities—I yearned for my partner in a manner that left my stomach in knots. The pandemic has slimmed and sliced life down. Days now doesn’t dissipate in a haze of busy-ness. Spending time apart now did not seem like a ‘two-body problem’ or just the natural consequence of two adults seriously pursuing their professions. It simply felt like a bloody waste of time. And I was done with that.

Long-distance relationships are akin to transit hotels, a space for loiter and not for longevity. It satisfies only in small measures. To be with a partner is to move around each other in the daily-ness and to grow together. I recall Pico Iyer’s words, absorption is the closest one can come to happiness. Long distance seldom allows for absorption. And the online medium operates on the premise of distraction. To be together in person, in the same place, is to be absorbed in one another. To be in the same bio-bubble allows for attention and tending. It is happiness. 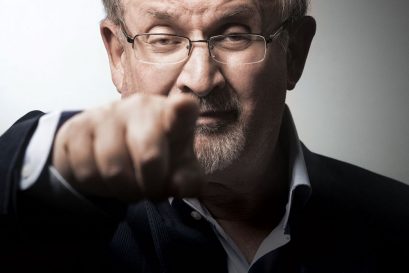