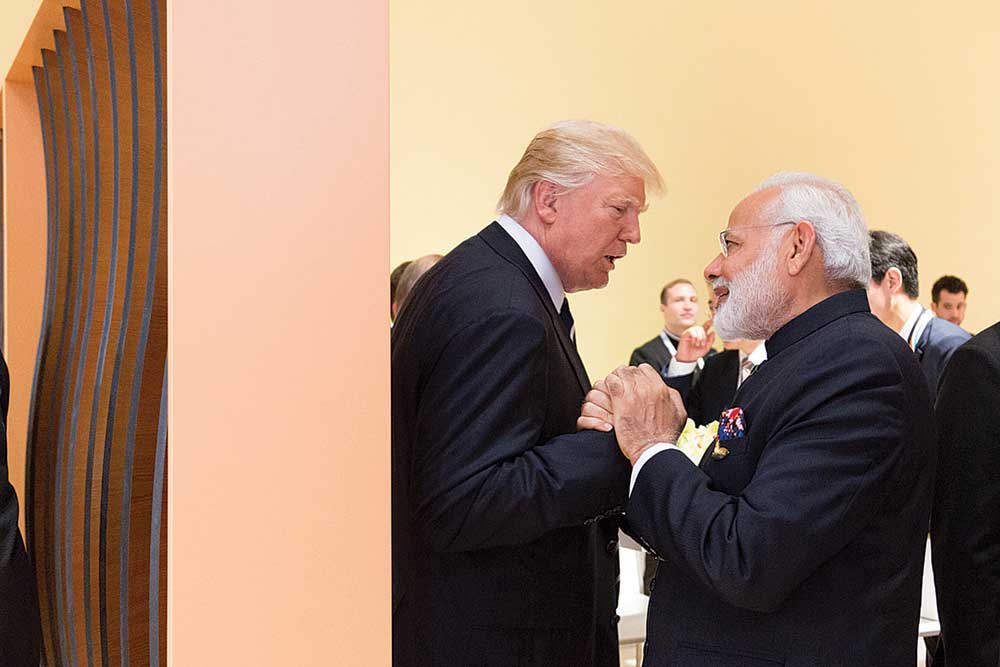 
IF THERE IS ONE word that sums up Prime Minister Narendra Modi’s approach to foreign policy it is pragmatism. In a tough geopolitical hotspot like Asia, this requires a fine balance between carrots and sticks. Modi seems to be doing that well.

The latest example is his balancing act among the US, India’s old partner Russia and the conflicting demands in managing New Delhi’s relations with Iran, a country bang in the middle of a West Asian flare-up. While India reluctantly agreed to reduce oil imports from Iran, meeting an essential American redline, the S-400 missile system deal with Russia was firmly pushed, notwithstanding the danger of sanctions from the US.
These examples can be multiplied.

Pakistan is another good example. The hope—which rekindles from time to time—is that the two countries could cut a deal that would usher in peace between them. Modi’s impromptu visit to Lahore in late December 2015 reflected this sentiment. He, however, did not let sentiment enter his calculus in any way after terrorist strikes. He is probably better known for the surgical strikes and the air assault in February this year which have become the hallmark of India’s approach to an obdurate Pakistani establishment that does not believe in peace.


Modi’s outreach to the Arab States of West Asia has won him plaudits both at home and abroad. These countries are home to a large Indian Diaspora that contributes huge foreign exchange remittances

Aggression, however, is just one part of his pragmatism. His outreach to the Arab states of West Asia—the United Arab Emirates and Saudi Arabia in particular—has won him plaudits both at home and abroad. These countries are home to a large Indian diaspora that contributes to its homeland in the form of huge foreign exchange remittances. Not only is the protection and well-being of this group a key issue but so are promoting India as an investment destination and furthering security cooperation with these countries. In all these aspects, Modi emerged as an unlikely candidate to build ties with these states. If anything, he has been remarkably successful. Saudi Arabia has bestowed its highest civilian honour on him. Long considered a refuge of radical elements escaping the arms of India’s legal system, these countries are now fairly quick to deport undesirable elements wanted in India.

To top it all, under Modi, relations with West Asian countries, considered at loggerheads with each other, have been upgraded significantly. After a quarter century of establishing diplomatic ties, no Indian prime minister had visited Israel. This was clearly due to India’s domestic politics. Modi broke that taboo. Since then, the two countries have not looked back.

Similar pragmatism is in evidence when it comes to dealing with Southeast Asian countries. Perhaps the only spot of diffidence is in India’s bilateral relations with China wherein extraordinary care is on display. This is despite aggressive and hostile Chinese behaviour along India’s northern borders. Perhaps the huge power differential between the two countries has something to do with the Indian ‘walking around the shells’.
India’s immediate and extended neighbourhood requires careful management at a time when the world is in an uncertain state. From the US to China, and from Iran to Russia, India has a careful balancing act to do. Modi is trying his best to perform that task.