When Lata Came to Dinner

She showed me a gramophone record made of gold. All the songs she sang in the UK were on it. Could I give her a letter for the Bombay Customs Commissioner, asking him not to charge any duty as the record had been presented to her? 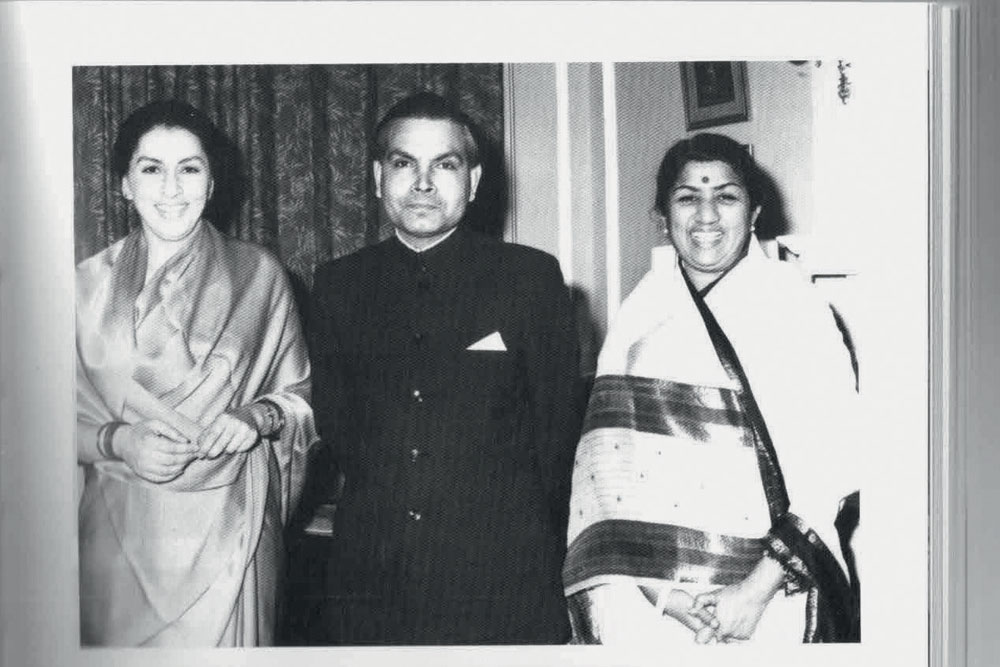 Lata Mangeshkar with the author and his wife in London, 1974


IMMORTALITY will not bypass Lata Mangeshkar. The law of diminish­ing returns will never pursue her. She was a genius. Her songs will be played, heard and sung for decades to come. Her fragrant memory will endure.

The first time I heard her voice was in 1950. It was song from the film Mahal.

Lata Mangeshkar and I have one thing in common. We were born in the same year—1929.

The only time I met her was in London in 1974. She was the first Indian to perform at the Royal Albert Hall. Not a seat was vacant. Dilip Kumar spoke a few words.

My wife, the leader of the Labour Party, Michael Foot, and I sat in a posh box-cabin on the first floor. After every song the audience was on its feet.

Two days later, Lata Mangeshkar came to meet me at India House. I was then deputy high commissioner in London. She said in Hindi, “I have come to ask you for a favour.”

She showed me a gramophone record made of gold. All the songs she sang in the UK were on it. “It is gift from a soci­ety run by Indians in London.” Could I give her a letter for the Bombay Customs Commissioner, asking him not to charge any duty as the record had been presented to her?

I said I would certainly do so. I did. I took her round India House. Work stopped in every section. Everyone wanted her autograph.

Before she left, I asked her if she could have dinner with my wife and me at our house on Park Street. She came punctu­ally at 7.30 PM. The photograph, published with this article, was taken before the dinner.

Our son, Jagat, was six and our daughter four-and-a-half. Lataji took to them. Ritu took out her tongue to show it to our very distinguished guest who was highly amused.

My letter did not impress the customs officials in Bom­bay. Lata Mangeshkar paid the re­quired amount. When I heard of this outrage I made sure that things were put right.