‘I Wanted to Help Women Restart Their Careers’ 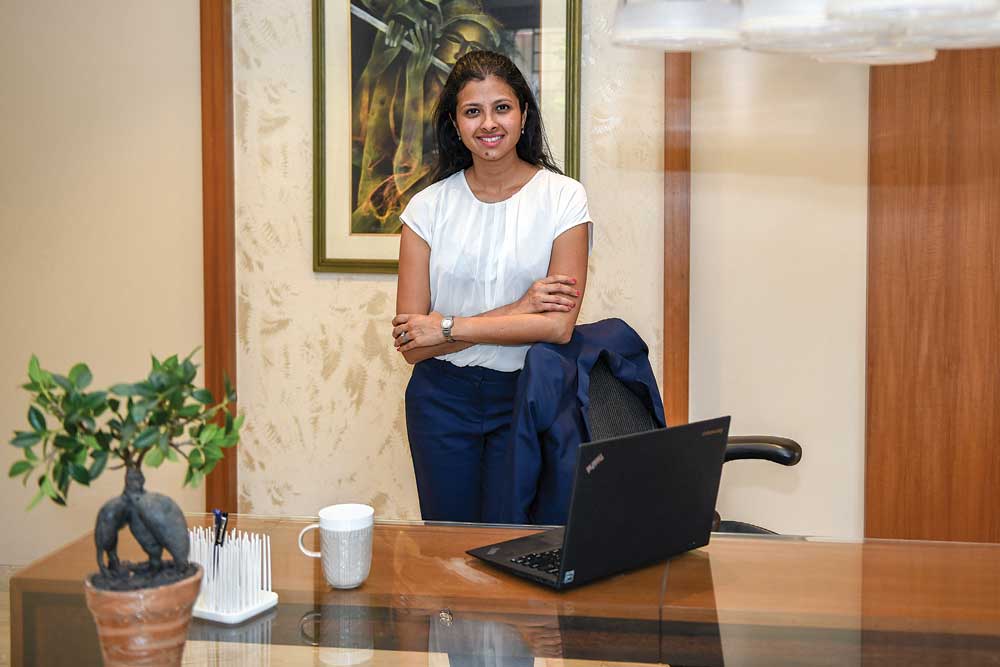 In 2009, after working till the ninth month of her first pregnancy, Neha Bagaria told her colleagues at Kemwell Biopharma that she’ll see them again after her 40-day maternity leave. She never imagined then that she’d end up not working for the next three-and-a-half- years. Bagaria, a finance graduate from Wharton, had looked after the HR, finance and marketing functions at Kemwell, a business run by her husband’s family. In 2013, when her second son was still six months old, Bagaria decided it was time to restart her career, and returned to Kemwell. “The greatest challenge was overcoming my own fear of not being there for my children. I was a full-time mother who didn’t want to leave her children with a nanny. And yet I wanted to work. What kept me away from work was the nagging thought: ‘How will I balance both roles?’” says Bagaria, now 36, who had previously started her own education centre in Bombay called Paragon, which aimed to bring a placement programme from the US to Indian high school students. “After two years of running Paragon, I got married and moved to Bangalore with my husband. I worked there for five years with Kemwell. It never occurred to me during my career that one day I would stop working and become a stay-at-home mother. I never even cleaned out my desk when I took my maternity leave. But when my second child was born and I shifted my attention from my first-born for the first time, I realised that he became more independent and his relationship with other family members also improved. I also realised that if I wanted to be a happy mother, I needed to be a happy person, and for that I needed to work. Luckily, it wasn’t as difficult for me to get back my job,” she says.

Thinking about an average Indian woman in a corporate set-up and what it must take for them to return to work, Bagaria soon felt that perhaps it was time for somebody to break the mental and information barriers that kept women from returning to work after a career break. “After some research, I realised that nearly 50 per cent of the female workforce in India stops working after three years. This amounts to roughly 10 million graduate and post-graduate women who are currently on a break. It could be because of young children, ageing parents, or marriage. But whatever the reasons are, I knew for certain that most found it difficult to rejoin a company or re-skill themselves after a break. Even if they were willing to start work again, they didn’t know how to go about it,” says Bagaria.

The more she thought about the female brain-drain at Indian offices, the more Bagaria felt she couldn’t ignore the problem. “I started JobsForHer, an online portal to enable women to restart their careers in 2015, on International Women’s Day. We’ve all heard stories of qualified, experienced and capable women who step away from their careers to look after their families. I could not ignore the fact that women needed support and opportunities to re-enter the workforce. It got the entrepreneurial drive started in me,” says Bagaria.

What started with six females (including Bagaria herself) from a restaurant-cum-workspace at Bengaluru’s Church Street, has grown into a 50-member team working with over 4,500 companies. The website gets over 300,000 visitors every month—half this number ‘unique’, the other half being returnees—while its social media pages connect as many as 5 million people every month. JobsForHer also has a 500-member mentorship board and arrangements with 300 partners that help re-skill women. Whether it’s a meetup for women returnees, blogs on how to switch careers, webinars on negotiaing for better pay packages, help to rewrite a CV or tips on job interviews, JobsForHer uses digital tools to sort out the clutter, optimise data, and offer a woman all that she needs to find the appropriate job opportunity after a career break.

To reach a wider audience, I knew our platform had to be digital and it had to be driven using the right kind of information, says Neha Bagaria

“We also have a B2B aspect. Reaching out to companies is needed to ensure that we have both demand and supply in the job market. We work with several employers who want to retain their female talent or hire skilled women workers. There is a myth that corporate India does not want women employees. Women are much in demand in certain sectors and positions,” says Bagaria, who gave an INK Talk in 2016 in Goa on her journey from a full-time mom to a working mom and how women workers are a vital backbone for any industry. She ended her speech with a message for the audience—“I want all of you to go back to the woman you know who has stalled her career and let her know that you’ve found her a path back into the workforce. And if you know a company, tell them to open up their doors because this is a talent pool that cannot be ignored”—and an example. She cited the case of Uma Maheshwari, who after 18 years decided to take a break in her career which everyone around her called ‘career suicide’. For five years, Maheshwari helped with homework, cooked, took lots of vacations and did all the things she never got to do while she was working. When she felt it was time for her to get back to work, however, every job portal and placement agency bailed on her. Through JobsForHer, Maheshwari reconnected with her former industry and restarted work as assistant vice-president at Kotak Mahindra Bank. Since then, JobsForHer receives returnee stories like these on a daily basis and that is what Bagaria says is her primary source of inspiration—growing the company to impact more women.

“Support is a crucial factor in any person’s life. What most women need is that little confidence to rid their minds of the fear of returning to work. Once you have responsibility in your personal life, of whatever kind, you tend to give yourself up to it. But at the same time, once you have worked at an office—a part of you misses that setup as well. Our greatest challenge as a forum was to change the prevailing mindset, that women can’t manage a professional and private life at the same time,” says Bagaria.

In a sector where men far outnumber women, Bagaria maintains that the idea of women entrepreneurs finding it difficult to work in the field of technology is more of a preconception than a reality. “As a woman getting into the tech startup space, the roadblocks were more in my mind than in society. I was welcomed by the entrepreneurial community. The hardest part was convincing myself that I could do both—be a great mother and a great businesswoman,” says Bagaria, who learnt digital marketing and website building from scratch before starting JobsForHer. Its present website has inbuilt tools to find job listings, connect with a mentor, enrol for an event and sign up for re-skilling, while gaining guidance from their blog pages. Data on thousands of employers, jobs, courses, events and mentors have been creatively packaged and effectively optimised for market conditions so that it only takes a few minutes to find what one is looking for.

“All the tools to equip yourself with the right skills are available today. That is one of the greatest advantage of living in the digital age—getting connecting is only a matter of finding the right webpage or video or app.” Doing this well is what makes JobsForHer stand out. “I knew that in order to reach a wider audience, our platform had to be digital and it had to be driven using the right kind of information. Somebody on the hunt for a job is going to want applicable and correct information and they’d want to be able to find it as easily as possible,” she adds. Bagaria hired three consultants—in HR, tech and finance—to advise her on how to build a scalable platform of information and opportunity.

“We started with a rudimentary website, mostly to test the market and response. Since then we have really scaled up to include blogs, mentorship, events and workshops. We host two offline events; the one we held this year in September, RestartHer, saw close to 10,000 attendees over three cities. Now we’re working on a new version of our web platform which will bring together even more features in a scalable, sustainable and easily searchable way.”