From working to make Kutch villages self-sufficient to investing in traditional practices in the Himalayas to digging wells in Bengaluru, India’s frontline fighters are making water scarcity a thing of the past 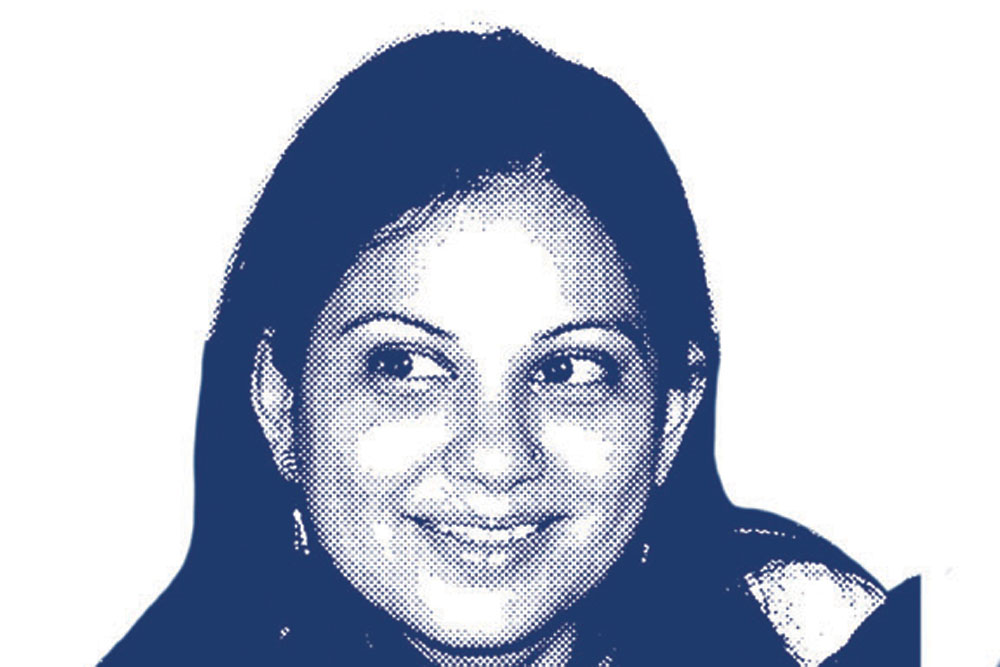 “If I can save water at the individual level by using water sparingly and not allowing others to waste, that is the beginning,” says Gazala Paul. But she has been doing much more than that. Since establishing Samerth Trust 20 years ago, she has built an organisation of 65 people that now works in Kutch and Ahmedabad in Gujarat and Chhattisgarh. Based in Ahmedabad, she has a Master’s in conflict resolution and coexistence from Brandeis University, Massachusetts, US and has dedicated herself to the conservation of rainwater by supporting construction of ponds, wells and rain roofwater harvesting structures. The salinity in the ground in Kutch makes the water undrinkable and harnessing the rainwater is the only option. This results in distress migration to cities and towns to work in hazardous situations and also affects the education of children.

ACHIEVEMENT:  The villages where Samerth has supported water conservation work are now able to grow two crops a year. More than 80,000 people have benefited in Kutch and Chhattisgarh over the last 20 years. Of particular satisfaction to Paul is when girls do not have to miss school due to shortage of water and toilet facilities and when village after village says that due to the regular water supply now families can buy tractors and motorcycles and their children can be educated. 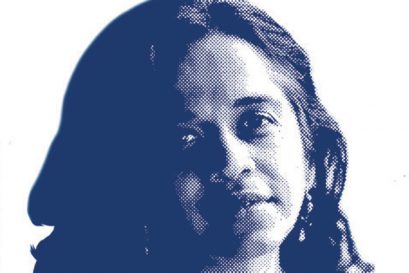 In 2007, when IIT Bombay-trained civil engineer Shubha Ramachandran moved into her own house in Bengaluru, an apartment not serviced by municipal water supply, and had to buy tankers, rainwater harvesting seemed a simple solution. That led to meeting the Rainwater Club, started by S Vishwanath, known on social media as Zenrainman. She has stayed with the club since then, working with communities to conserve water in and around the city. They provide services related to design and implementation of rainwater harvesting systems and small greywater treatment systems. They also run a campaign called a Million Wells for Bengaluru to improve the groundwater in the city and raise awareness about open wells. Her mantra: “Know where your water comes from. Use less. Treat and reuse as much as possible.”

ONE BIG STEP: She believes one of the greatest achievements of BIOME Environmental Trust, as the Rainwater Club is now known, is to have revived interest in open wells. As a result, many old open wells have been rejuvenated and new wells dug. “Each home-owner who calls us after a spell of rain to say how the sump filled up and how clean the water is and how blessed they feel makes us extremely thrilled,” she says.

WHAT NEXT? Lot more needs to be done, she says, “to make the country water-abundant” given the magnitude of the problem. 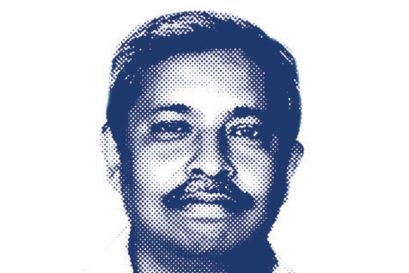 Debashish Sen joined People’s Science Institute (PSI) in 1988, just after completing his graduation in agricultural engineering. It was the third straight year of drought in most of India. His first task was to gauge the impact of drought on access to basic needs, including water. He hasn’t looked back since, becoming PSI’s director in 2015, taking over from founder Ravi Chopra. Sen’s mantra: “We should remember women in rural areas still have to walk for 6-20 km daily to get clean drinking water.”

THE BIG LEAP BACK: PSI’s great achievement has been to recognise water resources management practices across communities and integrating modern technologies with local knowledge, especially in the marginalised regions of the Himalayas and poverty-stricken Bundelkhand. They have been able to supply fluoride-free water to about 1,500 households in Dhar district of Madhya Pradesh, revive more than 500 springs in the Himalayan region and promote water-efficient agriculture among 50,000 small and marginal farmers. They currently work in 270 villages across 12 states (37 districts).

THE ROAD AHEAD: Per capita water availability in India has decreased by 71 per cent between 1951 and now. Sixty crore people are already facing high to extreme water stress. Thirty-six per cent of India’s districts are fluoride-affected. Groundwater level declined by 61 per cent in 2007-2017. River flows are likely to drop by 20 per cent by 2050. 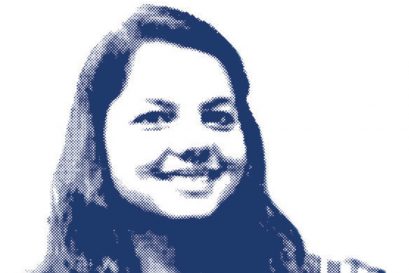 Arghyam is a small organisation with 19 people but has a much wider footprint. They look at water as a complex problem which requires collaborations among samaj, sarkar and bazaar given the scale of the problem. Currently, their focus is capacity building of water programmes across the country. Manager (Advocacy) Manisha Shah is the person for all information on organisations working in this area. An MBA from the Institute of Rural Management, Anand, Shah has been in the sector since 2017.

ACCOMPLISHMENT:  Amplifying the voice of a frontline worker from Odisha, Kalyani Dash, working as a Krishi Mitra for the last three years in Koroda village. Dash works with 150 households and trains them in chemical-free farming, water-secure crop production, efficient water use in agriculture, and kitchen and nutrition gardening.

THE WAY FORWARD: The National Water Policy needs to enable states to manage demand and supply of water across uses. Water being a transboundary issue also requires regional collaboration. “We are already at the brink of water shortage. Access, quality, quantity and equity, all these aspects are cropping up in one or the other geography. Behaviour change is key to making a permanent shift for sustainability and universal water security but it is hard, especially if we have not been in the habit of paying for water or giving much thought to it at all. It requires viewing water as a common-pool resource rather than a private resource,” she says. 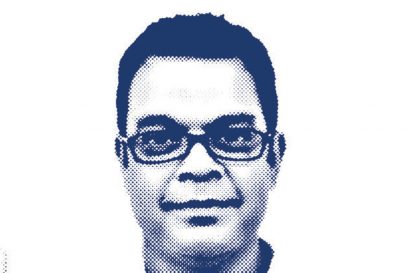 There is scarcity amid abundance when it comes to floodprone areas in the Kosi-Bagmati-Kamla-Gandak belt of north Bihar. There is plenty of water, particularly during floods, but it is not fit for drinking. This is where Megh Pyne Abhiyan (MPA) comes in. Since its inception as an informal network in 2005 in north Bihar (it was later registered as a public charitable trust in Delhi), MPA has been working with local NGOs and supported by villagers, resource institutions, professionals and volunteers in rural north Bihar, rural and urban Dhanbad in Jharkhand, and rural West Bengal. A graduate of the Tata Institute of Social Sciences, Mumbai, Eklavya Prasad has been with MPA since the beginning. He’s helped in forming a collective comprising inhabitants and footsoldiers from the area, using temporary rainwater harvesting as a decentralised, affordable and customised technique that was calibrated, refined and disseminated in a few panchayats across Supaul, Saharsa, Khagaria, Madhubani and Pashchim Champaran districts in Bihar.

BIGGEST DISCOVERIES: ‘Changing mindsets’, its motto, when people are increasingly relying on external support for survival.

WHAT NEXT? The Jan-Jal Tarang movement which will focus on mitigation measures with much broader scope and impact than ensuring water supply to make habitations free from bacteria, arsenic and iron. 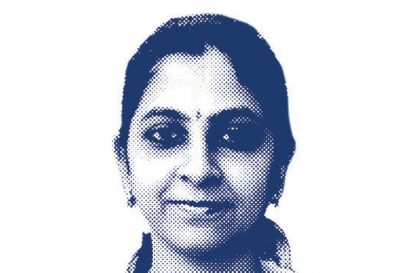 Lasya Gopal has been working in the field of water and livelihoods for 17 years now, and of those at The Energy and Resources Institute (TERI) for the past 13 years. TERI’s aim, over its 47-year history, has been to usher transitions to a sustainable future through conservation and efficiency. Gopal has mostly led projects on monitoring, evaluation, learning and documentation of large integrated watershed management projects across the country. Such projects typically work on four pillars of sustainability: natural resource management, food security, livelihoods and capacity building. A native of Bengaluru (“an endangered species”, she says laughingly), she is a firm believer in participatory and multidimensional development.
GREATEST ACHIEVEMENT: Ensuring the rural voice and lessons from the grassroots reach policymakers and funders.

THE ROAD AHEAD: Penalties for people misusing water. “The onus of this level of protection is on each one of us,” she says. “If you notice, all creations in nature fit very well like a jigsaw. It is us humans who have become odd pieces and disturbed the amazing balance of nature. I used to wonder if humans were necessary on this planet. Then came the pandemic, and I got my answer.” 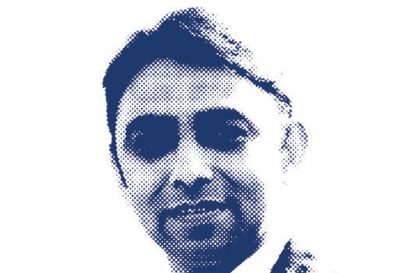 Divyang Waghela joined the Tata Trusts in 2008 and currently heads the Tata Water Mission (drinking water, sanitation and hygiene portfolio) which works in 5,000 villages, benefiting 35 lakh people, in 12 states to improve water quality through affordable and innovative technology interventions at the community as well as household levels, ensure access to water and promote conservation, encourage improved sanitation and hygiene, and build institutions.

ACHIEVEMENTS: Over five years, the Trusts have successfully built partnerships with likeminded foundations and organisations to create synergies and to achieve scale. Some of the key resource partners are Bill and Melinda Gates Foundation, Arghyam, One Drop Foundation, HT Parekh Foundation and the World Bank; academic institutions such as IIT-Bombay, University of New South Wales and Massachusetts Institute of Technology, and the Union and several state governments.

THE WAY FORWARD:  The Tata Water Mission would look at the One Water approach now: how much water is needed by communities and what the water is needed for; how much water is available and in what forms it is available; and how the gap between requirement and availability can be bridged in the most effective, efficient and sustainable manner and ensure that all communities and villages are self-reliant for their drinking, domestic, irrigation and ecological water needs. 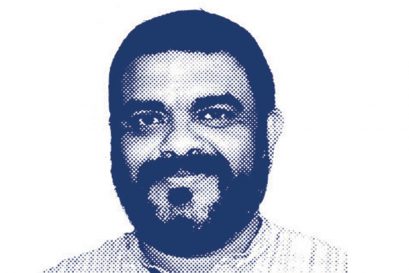 The executive director of Gram Vikas Odisha since 2017, Liby T Johnson has been working with nearly 1,500 villages, supporting them to build and manage their own water and sanitation systems. Of the drinking water sources that their partner villages have, one-third are mountain springs, half are borewells, and the rest shallow wells. Their work is to ensure communities adjust water use according to availability. At the moment, their focus is on developing springsheds (protecting/developing the land and forests in the catchment of the springs) to make them more productive and sustainable. This involves training of young volunteers in the villages in hydrogeology, GIS mapping, and land and forest development techniques so that they support their own communities to plan and undertake necessary tasks. They also work on ensuring the safety of drinking water—building village-level capabilities to test for contamination (nitrate, fluoride and bacteria) and take up corrective measures on their own to the extent possible.

ONE BIG STEP: Gram Vikas has taken up, from 2020 onwards, the task of creating 1,000 water-secure gram panchayats. They believe that the triangle of water, communities and governance needs to constructed in a way that puts water users are at its centre.

WHAT COULD GO WRONG? “I believe there will be many water battles. From where I come, it is these battles that we need to prepare for. Talking about the bigger wars will only divert attention from the smaller conflicts,” he says.