What the Taliban takeover of Afghanistan means for terrorism in India 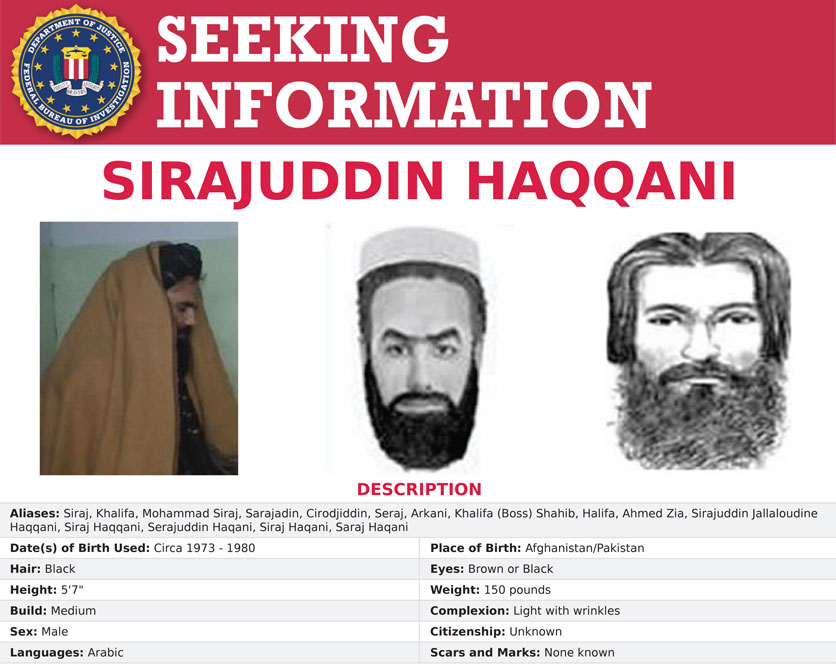 
ON SEPTEMBER 7th, as the Taliban announced their interim government, a rather peculiar situation arose for the US. After its unceremonious withdrawal from Afghanistan, the US administration has been tying itself in knots while justifying its soft approach towards the Taliban. US Secretary of State Antony Blinken said the Taliban could get the international legitimacy they seek by “meeting commitments and obligations”, which he said included counter-terrorism. Days later, the Taliban announced Sirajuddin Haqqani as Afghanistan’s new interior minister, a man declared a specially designated terrorist by the US and carrying a bounty of $5 million. Just how the US, which is worried about terrorist organisations like the Islamic State Khorasan Province (ISKP) operating from Afghanistan (and which has close ties with the Haqqanis), will partner with Haqqani on counter-terrorism is a farce difficult to even imagine at this moment. Twenty years after 9/11, and after spending $2 trillion, the US seems to have forgotten its old enemy and is instead looking at cooperating with them to weed out new enemies. But in the strategic nightmare that Afghanistan is about to become, it will be easier said than done.

The bombast about the resilience of Panjshir on Indian timelines notwithstanding, it has become clear that the Taliban now hold sway over entire Afghanistan. They may still have to fight guerrilla infractions in Panjshir, but beyond that, they are the government now. The semantics of Good Taliban-Bad Taliban may occupy the international community for a while, but the hard facts of geopolitics are that whatever India had planned to achieve in Afghanistan, and through it, is lost. All the cards are yet to be placed on the table and how it will play out is not wholly clear to anyone, including the Taliban. A lot of it will depend on what players like Russia and Iran want from this game.

So far, the Taliban have made contradictory statements on India, especially Kashmir. With India’s engagement with Taliban leaders in Qatar, the group had earlier said that Kashmir was a “bilateral and internal matter”. But soon afterwards, a Taliban spokesperson said that it had the right to raise its voice for Muslims in Kashmir. The same spokesperson, however, later went on to say that they will not interfere in Kashmir. This, security analysts point out, is mainly because the Taliban are busy right now dousing domestic fires. But once the dust settles, at some point the gaze of the great game in Afghanistan will be directed towards India. “As soon as the Taliban consolidate, they or the mad hatters around them will get edgy about India,” says Vikram Sood, former chief of India’s foreign intelligence agency, the Research and Analysis Wing (RAW). In the end, it is all about Ghazwa-e-Hind, he says, referring to the Islamist dream of the military conquest of India.


Right after Kabul fell to the Taliban, Indian intelligence assets reported spotting a tall, lean man with a scraggly beard meeting Sirajuddin Haqqani, the head of the Haqqani network. The organisation has close ties with Pakistan and has been responsible in the past for attacks on India’s assets in Afghanistan, including the deadly attack on its embassy in 2008, which killed 58 people. Haqqani, according to an assessment by the Washington-based Institute for the Study of War, is more extreme than his father (the controversial warlord Jalaluddin Haqqani who, many security analysts believe, introduced suicide bombing on this frontier) and maintains closer ties to Al Qaeda and other foreign extremists in Pakistan.

Sirajuddin Haqqani, the head of the Haqqani network and now Afghanistan’s new interior minister, is a specially designated terrorist with a bounty of $5 million

THE MAN WHO met Haqqani was Nasrullah Mansoor Langriyal, an old and experienced jihadist commander who knows Kashmir well. Langriyal had infiltrated into Kashmir in the early 1990s at a time when hundreds of Afghan mujahideen were being sent by Pakistan to fight its war there. He is an old friend of Ilyas Kashmiri, a dreaded former Pakistani special forces member and leader of the terrorist group Harkat-ul-Jihad-al-Islami (HuJI), which has close ties with Al Qaeda (he was killed in 2011 in north-western Pakistan in a US drone strike). Langriyal was arrested during a big encounter with the Indian Army in Jammu’s Poonch division in November 1993. His arrest came as a big setback to Pakistan, which then pushed another Afghan war veteran, Sajjad Afghani, into Kashmir to free him.

Afghani, according to senior security officials posted in Kashmir in the 1990s, went berserk with his plan. In a bid to free Langriyal, he kidnapped an Army major and executed him in cold blood. Soon afterwards, another jihadist called Masood Azhar also landed in Kashmir. But in a stroke of luck for the Indian forces, a vehicle carrying Afghani and Azhar in South Kashmir broke down, leading to their arrest.

In 1995, six foreign tourists were kidnapped in the mountain passes of Kashmir where they were trekking to ensure the release of Azhar, Afghani, Langriyal and a few others. The list included the British-born jihadist Omar Sheikh as well. But that plan did not work.

Afghani was later killed while trying to escape from a prison in Jammu. Azhar and Omar Sheikh were released in exchange for the passengers of the hijacked Indian Airlines IC 814 in 1999. Shortly afterwards, Azhar formed the terrorist organisation Jaish-e-Mohammed. Sheikh played a significant role in the killing of the Wall Street Journal correspondent Daniel Pearl in Pakistan.

Langriyal remained in an Indian jail till 2011 after which he is believed to have been repatriated to Pakistan—it is not clear under what circumstances. After his release, Langriyal has helped Jaish regain a foothold in Kashmir; according to intelligence sources, he was in complete knowhow of the Pulwama suicide attack in which 40 Indian paramilitary personnel were killed.

So far, the Taliban have made contradictory statements on India, especially Kashmir. But once the dust settles, the gaze of the great game in Afghanistan will be directed towards India

Intelligence sources also believe that after Kabul’s fall, Haqqani received one more visitor. This, they believe, was Ibrahim Athar, one of Azhar’s brothers, and one of the hijackers of IC 814. Athar’s son, Umar Farooq, was the mastermind of the Pulwama attack. After the Taliban takeover, Azhar expressed happiness over their “success”. Syed Salahuddin, the chief of the United Jihad Council, while congratulating the Taliban, has also invited them to jihad in India.

Apart from the Taliban, the other concern for India remains ISKP. Like most things in Afghanistan, it is not clear how Taliban vs ISKP will play out. Some independent analysts have predicted that ISKP will up its ante now that the Taliban are a state head and will play the role of an insurgent group. The Taliban and ISKP differ on the issue of boundaries. While the Taliban recognise Afghanistan as a nation, ISKP wants a global Islamic caliphate. “They will use the same talking points laced with the religious leitmotif that the Taliban used to recruit,” says Saurabh Kumar Shahi, a visiting lecturer at Warsaw University who tracks the AF-Pak region. ISKP is responsible for the recent deadly suicide attack at the Kabul airport on August 26th which killed 13 US troops. Analysts say that, beyond what the Taliban want, Afghanistan will now become a playground for jihadist groups, including ISKP.

ISKP may have differences with the Taliban, but in the complexity of equations in Afghanistan, they have a working relationship with the Haqqani network. In fact, the recent suicide attack on the Kabul airport is believed to have been carried out with the help of the Haqqani network. Last year, Afghan forces had arrested Aslam Farooqi, the Pakistani head of ISKP, in Kandahar. The arrest had come soon after a major suicide attack on a Sikh gurdwara in Kabul in March for which ISKP cited Kashmir as the reason. More than two dozen worshippers were killed in the attack. It is also well established that ISKP has ties with both Jaish and Lashkar-e-Toiba, both of which are active in Kashmir. Along with Farooqi, the Afghan forces had also arrested another ISKP leader of Kashmiri origin, Aijaz Ahangar. A former Lashkar commander, Ahangar at some point had fled to Pakistan where he had worked with Al Qaeda and then with the Islamic State. Both his son and son-in-law were also ISKP terrorists and were killed in Afghanistan.

Intelligence sources believe that after Kabul’s fall, Haqqani received another visitor. This was Ibrahim Athar, Masood Azhar’s brother, and one of the hijackers of IC 814. Athar’s son, Umar Farooq, was the mastermind of the Pulwama attack

Farooqi and Ahangar are among the thousands of militants released from Afghan prisons after the Taliban takeover. According to the international monitoring group, Ultrascan AGI, Farooqi has since set up a military base in Nangarhar province near Pakistan where he has resumed the training of terrorists.

This is a serious concern for India as well as the US. Recently, a team from the Federal Bureau of Investigation (FBI) was here to look into the case of three Islamic State operatives arrested by the National Investigation Agency (NIA) in July. It was with FBI’s help that NIA established that one of the Islamic State’s propaganda magazines focused on India was being circulated (and written) in South Kashmir instead of Afghanistan, as the agency had suspected. “From there we could connect it to Pakistan where the magazine is designed in small call centre kind of facilities run by Pakistan’s ISI,” says a senior NIA official. According to the official, what they found in Kashmir was just one module. “We will have to be prepared to be neck deep in investigating to prevent terrorist attacks on our soil,” he adds.

BEYOND SUCH minor cooperation as displayed by FBI with the South Kashmir Islamic State module, India, say security experts, will have to fight its own battles. “Terrorism for the US means terrorism against them, not India. In that sense, what they term as a global war is a global war for them just on paper,” says Sood. He feels that in the last 20 years, while India was putting together resources for Afghanistan, it should have been in a position to secure its interests in the current situation. “There are players in Afghanistan we should have engaged with, but chose not to and now that opportunity is lost,” he says.

ISKP has ties with both Jaish and Lashkar-e-Toiba. Aijaz Ahangar, an ISKP leader of Kashmiri origin, was among the thousands of militants released from prison after the Taliban takeover

While New Delhi has reasons to be wary, it is also pertinent to note that the India of 2021 is different from the India of the 1990s. Experts feel that no matter what happens, the jihadist groups cannot wreak the same havoc as they did in yesteryears. Surveillance on the Line of Control and the International Border along Pakistan is high. In Kashmir, the Jammu and Kashmir Police and other agencies have stronger intelligence networks. Yet, as we learnt, albeit a bit late, from Pulwama, the highly motivated terrorists trained in the best facilities like Afghanistan’s Sangin camp have the wherewithal to not only infiltrate but also reach Kashmir without detection with the help of a string of Kashmiri overground workers. After India’s airstrike on Balakot, Pakistan will be a little cautious before carrying out another big Pulwama-type terrorist attack in Kashmir.

But with the cheerleaders of pan-Islamism getting a morale booster in the wake of the Taliban’s victory against the world’s most powerful country, one cannot be completely certain.