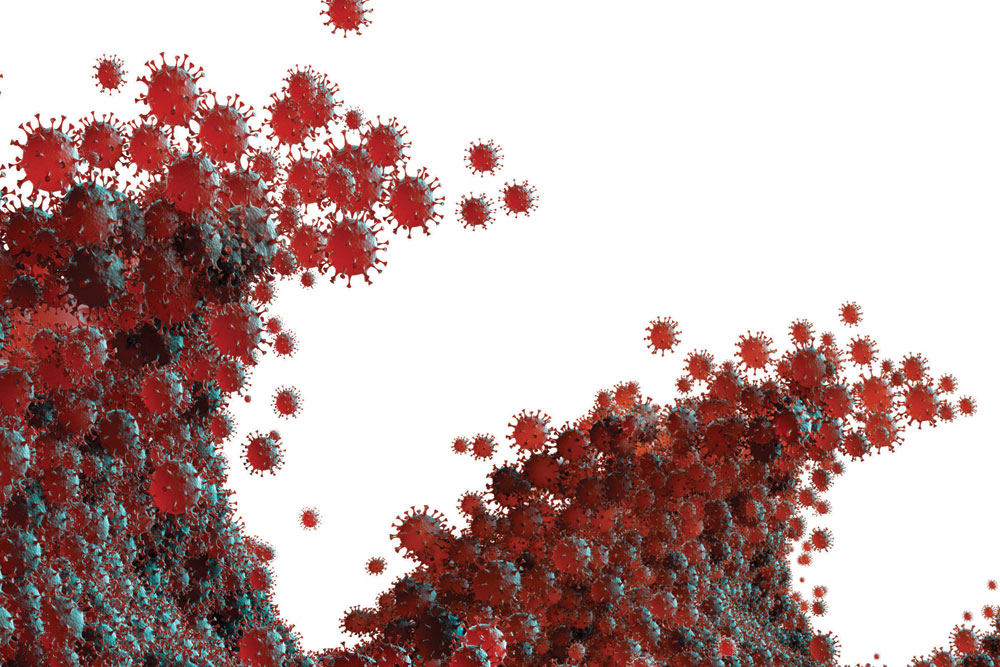 
WHEN SOMETHING enters the body, a bacteria or a virus, there are two main lines of defence. The body maintains a history of germs that have entered it and when there is a fresh attack, it produces antibodies to mount a defence. It is why when the novel coronavirus first became known, because it was novel, the idea that the body would be completely clueless was born. In the initial months of the pandemic, much of human response was a collective chest-beating over this. In fact, you could argue, the entire lockdown model was based on the virus being totally alien. We know somewhat different now. There is also another weapon the body has called T cells, which remembers similar viruses and, based on that, can therefore mount a defence. Studies are increasingly showing that T cells are quite effective against Covid in a percentage of the population. A recent British Medical Journal (BMJ) article, ‘Covid-19: Do many people have pre-existing immunity?’ said: ‘With public health responses around the world predicated on the assumption that the virus entered the human population with no pre-existing immunity before the pandemic, serosurvey data are leading many to conclude that the virus has, as Mike Ryan, WHO’s head of emergencies, put it, “a long way to burn.” Yet a stream of studies that have documented SARS-CoV-2 reactive T cells in people without exposure to the virus are raising questions about just how new the pandemic virus really is, with many implications. At least six studies have reported T cell reactivity against SARS-CoV-2 in 20% to 50% of people with no known exposure to the virus.’

The human body being able to mount a defence against the virus is important information. It is the difference between aliens from another planet coming to invade a country, as against from another continent. In the first, there is the terror of the absolutely unknown. In the second, it is regular warfare even if there is imminent damage. Shouldn’t the presence of a mechanism to deal with the virus lead to a review of the all-or-nothing approach? There are, however, not many signs of it. Inertia is very good at sapping courage. A mental siege, once donned voluntarily, is hard to shake off. In psychology, there is a phenomenon called anchoring bias, where, once an impression is formed, all facts are forced into it. In popular phraseology, you could call it wedded to an opinion. The only way to break out of being anchored is to be consciously aware of the bias and, when facts don’t fit, move away from the opinion. Otherwise, as is happening now, policies that made sense once upon a time, establish a stranglehold.

A prime example is international travel into India. At present, besides Government-run flights, travellers from only 13 countries can come through a mechanism called ‘air transport bubbles’, and even then, it is mostly restricted to Indians who want to return. When the virus first started spreading from foreign shores, it made sense to stop flights to not give it a foothold here. There is a lot of political slugfest happening in India and overseas about governments not stopping international flights early enough and, thus, being responsible for the disease. Much of the wariness that countries exhibit in throwing skies open again is dictated by that. But such a policy makes little sense when there are around 80,000-odd new cases daily in the country, the largest anywhere in the world. In the total number of cases, the US ranks higher but only because it has tested much more. In terms of daily new cases, it is half that of India. There is nothing that travellers from any other country in the world would add to the total count of infected cases in India that wouldn’t even be a drop in the bucket here. In fact, if anything, international passengers would be terrified of coming to India at this stage.

You see the same phenomenon in Indian states arbitrarily imposing quarantine periods on those who come from other states. Some, like Karnataka, have woken up to this absurdity and done away with it. But there are others like Maharashtra, which is the Covid capital of India, imposing 14-day quarantines.


Recently, they permitted inter-district travel, which meant anyone coming from Pune or Mumbai, two of the biggest hotspots in India, to anywhere else in the state, could do so freely. There is no threat from anyone coming from Assam or Odisha to Maharashtra that it doesn’t pose to itself. But the state government persists in the idea that it is possible to gain total control and monitoring domestic travellers plays an essential part in this. Such isolationism comes with economic costs. If industry and services have to revive in Maharashtra, then people from outside, who make up a large percentage of the workforce, need to return. And, given the two-week quarantine, many would choose to not do so. Most just won’t have the space required, especially the migrant labour who live in slums. They walked away when the lockdown was imposed and will only return if they are sure that the conditions to earn are back. Most states persist with the quarantine because the response is defined by outdated lessons learnt by rote too well.

THE disease, we now know, kills much less. Initially, its fatality rate was considered too high to not panic. As a CNBC article of March 3rd, when the pandemic began its worldwide spread, reported: ‘World health officials said Tuesday the mortality rate for COVID-19 is 3.4% globally, higher than previous estimates of about 2%. “Globally, about 3.4% of reported COVID-19 cases have died,” WHO Director-General Tedros Adhanom Ghebreyesus said during a press briefing at the agency’s headquarters in Geneva. In comparison, seasonal flu generally kills far fewer than 1% of those infected, he said. The World Health Organization had said last week that the mortality rate of COVID-19 can differ, ranging from 0.7% to up to 4%, depending on the quality of the health-care system where it’s treated. Early in the outbreak, scientists had concluded the death rate was around 2.3%.’

For India, imposing the strictest lockdown in the world was possibly the wrong thing to do, signalling panic more than courage

The world then was fixed on Case Fatality Rate, or the number of deaths among confirmed cases. That there would be such vast numbers of asymptomatic patients was not established at the time. In India, the case fatality rate is even now thought to be lesser than the rest of the world at 1.6 per cent. But it is still a misleading ratio because it doesn’t take into account all those who don’t get tested. That number, deaths in relation to total infected, is estimated around 0.5 per cent. That is about one dead for every 200 case. It is an open question, whether, if the same knowledge had been there at the beginning, would the response have been as severe.

The only country that refused to succumb to fear right from the beginning was Sweden and, while it saw greater deaths than its immediate neighbours, it navigated through the pandemic without any lockdown. It believed that in the long run, even the deaths wouldn’t be greater. Lockdown, in their modelling, only postpones what is inevitable while also crippling the economy. As a second wave of infections run through Europe, Sweden might just be vindicated because it has not experienced the surge so far. An Associated Press report of September 21st said: ‘Now, as coronavirus infection numbers surge again in much of Europe, Sweden—a country of 10 million people—has some of the lowest numbers of new cases and only 14 COVID-19 patients in intensive care. Whether this is due to the Swedish government’s strategy, however, is still uncertain. Its health authorities—and, in particular, its chief epidemiologist, Dr. Anders Tegnell—keep repeating a familiar warning: It’s too early to tell, and all countries are in a different phase of the pandemic… According to the European Center for Disease Control, Sweden has reported 30.3 new COVID-19 cases per 100,000 inhabitants in the last 14 days, compared with 292.2 in Spain, 172.1 in France, 61.8 in the U.K. and 69.2 in Denmark, all of which imposed strict lockdowns early in the pandemic.’

For India, imposing the strictest lockdown in the world was possibly the wrong thing to do, signalling panic more than courage. But one can still say that in retrospect, everything seems simple. A catastrophe was anticipated and the best was done to avert it. But it was only postponed and, at least in terms of deaths, not nearly as dangerous as predicted. Unlocking in bits and pieces and refusing to let go of stumbling blocks in getting life back to normal, shows that the siege endures.