The Flying Squad of Terror 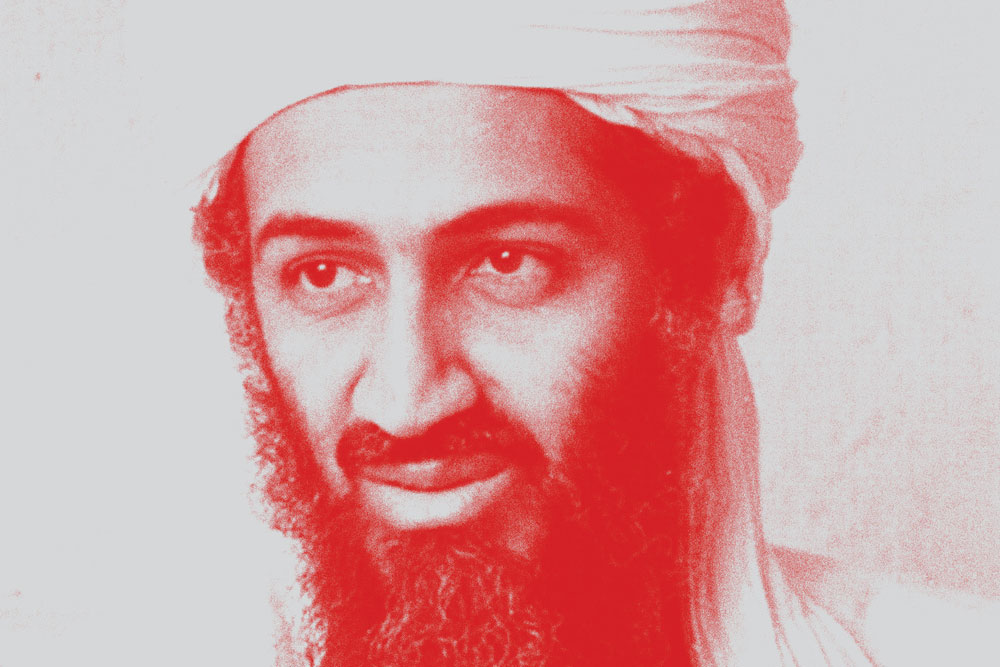 Long before Osama bin Laden became the architect of the 9/11 attacks, he had become a mythical figure in the world of jihadist terror. Coming from an extremely rich Saudi family, he had not just decided to fund the mujahideen resistance to the Soviet occupation of Afghanistan but had also landed there to fight. With the Soviets gone, he targeted the US while creating Al Qaeda’s global terror network. After Khalid Sheikh Mohammed approached him with the idea, bin Laden funded and planned the operation, selecting the suicide squads and changing the team once he found a new lot of volunteers with experience of living in the West. He thought they had better chances of a successful attack. He spent the rest of his life in hiding, until a US SEAL team killed him in 2011 in Abbottabad in Pakistan. 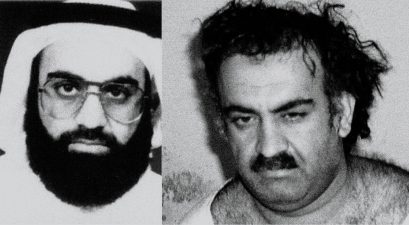 While the 9/11 attacks are associated with Osama bin Laden, the plan was masterminded by Khalid Sheikh Mohammed. A Pakistani who went to the US to study mechanical engineering, he became radicalised there in the 1980s and then participated in the Afghan jihad against the Soviet occupation. By the mid-1990s, he had come up with a plan that involved exploding 12 commercial airplanes on the same day in Asia. It didn’t work out but the seed of 9/11 was sown. Later, he would meet Osama bin Laden, the head of Al Qaeda, and pitch the idea. He thought that a plan of this ambition needed an organisation with Al Qaeda’s resources to carry it out successfully. It resonated instantly with bin Laden, who also got him to become a member of the terror outfit. He was caught exactly a year after in a joint operation by CIA and Pakistan’s ISI in Rawalpindi and has remained in custody since, at present in Guantanamo Bay. 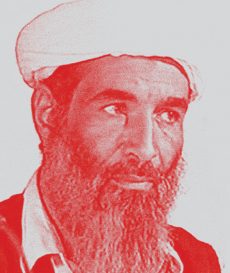 Mohammed Atef was the Al Qaeda military commander, the pointperson for Osama bin Laden and also his deputy. Khalid Sheikh Mohammed first met bin Laden through Atef, who was also present when the idea of an airborne attack on the US was first put forward. Later in 1999, when the plot was finetuned, it was again in meetings in which all three were present. He was part of selecting the targets. An Egyptian who was once in the country’s air force, he was also drawn into the jihad in Afghanistan against Soviet occupation. He was among the first to be killed in November 2001 as soon as the US attacked Afghanistan. 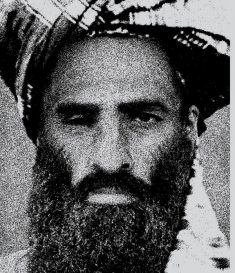 The founder and leader of the Taliban and, by extension, the ruler of Afghanistan after the group took over the country in 1996, Mullah Mohammed Omar became party to the terror activities against the US after the 9/11 attacks because he had given sanctuary to Osama bin Laden to operate Al Qaeda from there. Like bin Laden, Omar too had cut his jihadist teeth in the Afghan resistance against Soviet occupation. He had stubbornly refused to turn over bin Laden to the Americans, which could have prevented the US invasion and occupation. Despite many of his allies recommending he do so, Omar believed that it would go against both Islam and the Afghan tradition of protecting one’s guest if he gave in to the American demand. He spent his last decade in hiding, passing away in 2013, some say of tuberculosis. 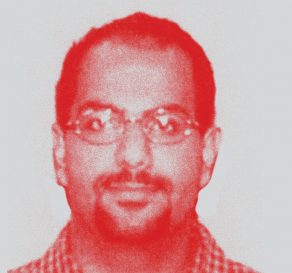 Marwan al Shehhi flew the plane that was the second to crash into the World Trade Center. This attack on the South Tower caused a bigger shock and impact because by then live television across the world was already covering the earlier crash. A 23-year-old from the United Arab Emirates, he had gone to Germany on a scholarship and met some of the other attackers there, including Mohamed Atta, where his radicalisation became complete. The 9/11 Commission Report mentions when he was once asked in Germany why he never laughed, he replied how anyone could laugh “when people are dying Palestine”. He also lived frugally because, he said, that was how the Prophet had lived. Shehhi playacted as Atta’s bodyguard while they enrolled in a flight school in Florida. 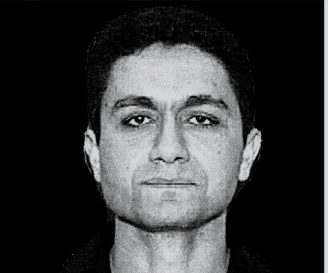 An Egyptian who had studied architecture, Mohamed Atta wasn’t in the initial team that had been selected to carry out the 9/11 attacks. It was in Germany, where he had gone for further studies under an exchange programme, that he became part of a young jihadist community in what would become known as the Hamburg cell, all members of which played a role in 9/11. Nor was the cell’s initial idea to attack the US; it was in the Chechnyan insurgency that they intended to offer their services. Because it was difficult to get there, they went to Karachi instead and got in touch with Al Qaeda. Being Western-educated, they were noticed by bin Laden who decided to use them in the 9/11 attacks. Atta, especially, seems to have immediately been given the leadership role in the attacks. He enrolled in a flight training programme in July 2000 in Florida; subsequently, he flew the flight that crashed first into the North Tower of the World Trade Center on September 11th, 2001. 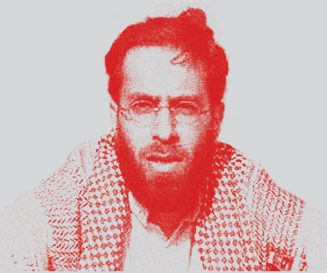 Ziad Jarrah flew the plane which was meant to attack the US Capitol Building but the passengers tried to wrest control from the hijackers and it eventually crashed onto an empty field in Pennsylvania. A Lebanese, Jarrah was unusual in that he was from both an affluent and a secular background. He went to Germany in 1996 to study dentistry as a student who enjoyed the good life. His radicalisation began soon and he was talking of holy war. By the next year, he had changed his subject to aircraft engineering. He then moved to Hamburg where he eventually became part of the cell that included Atta. 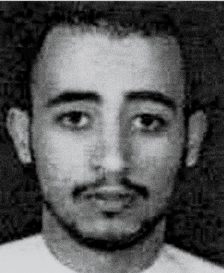 The plane that was brought down on the Pentagon was piloted by Hani Hanjour. Of all those terrorists who flew the planes, Hanjour alone already had training even before the plot was finalised. It was because of his piloting experience that he was selected for the 9/11 attacks while being part of an Al Qaeda camp. A Saudi who first went to the US in 1991 to study, he had often tried and failed to become a commercial pilot. In the late 1980s, he had wanted to be part of the jihad in Afghanistan but by then the Soviets had already left. It is possible that his relentless aspiration to be a commercial pilot was part of a larger terrorism framework. He took a refresher course before the 9/11 attacks and despite his long history of flight training, his instructor thought he wasn’t very good at it. 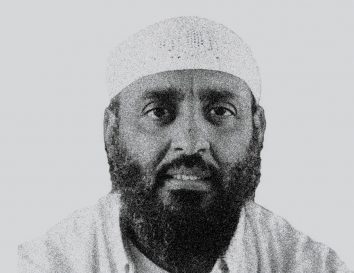 Ramzi Binalshibh was the terrorist who couldn’t physically take part in 9/11 attacks—he was to pilot one of the planes—for the most mundane of reasons. He couldn’t get a US visa but it wasn’t even security that was the reason for the denial. He was from Yemen and the US then was wary of letting Yemenis in because they became illegal migrants. He had gone to Germany seeking asylum and became part of the Hamburg cell, sharing a flat with Mohamed Atta. But, even though unable to enter the US, he played a major role as a coordinator between Khalid Sheikh Mohammed and the hijackers. He was captured in Pakistan in 2002 and has since been in the custody of the US in Guantanamo Bay. 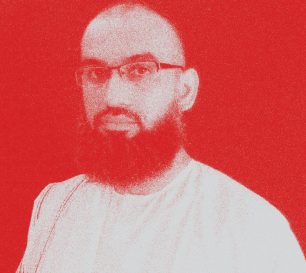 Ali Abdul Aziz Ali, the nephew of Khalid Sheikh Mohammed, became the financial coordinator for the hijackers. Based out of Dubai, he also facilitated their travel to the US. The money the hijackers used to enrol in flight training schools was sent by Ali. The terrorists were grouped into pilots and muscle hijackers who would control the passengers. Ali also oversaw the transit of many of the latter to the US, getting them plane tickets, booking them into hotels and also tutoring them on how to conduct themselves once they reached in order to fit in. He was arrested in Karachi in 2003 and is now in Guantanamo Bay.