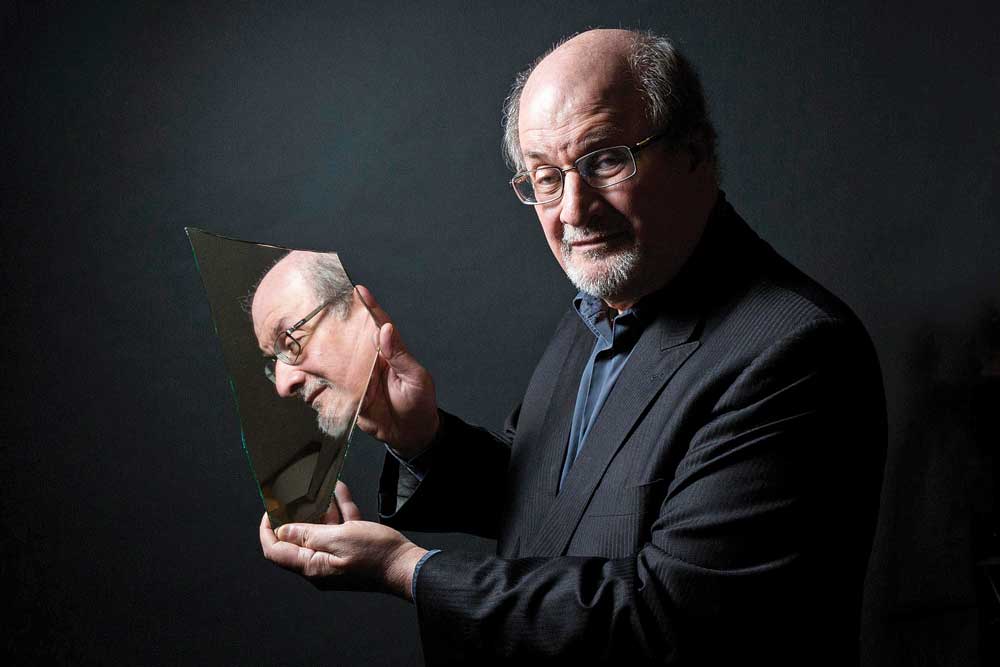 The Joker’s America was ‘a kind of radical untruth: phoniness, garishness, bigotry, vulgarity, violence, paranoia, and looking down upon it all from his dark tower, a creature with a white skin and green hair and bright, bright red lips’. And in England, its ‘prime minister was narrowing the definition of Britishness to exclude multiplicity, internationalism, the world as the location of the self. Only little England would do to define the English’. You didn’t read that in an op-ed piece sometime in September last year. You read that, unsurprisingly, in Salman Rushdie’s new novel The Golden House, an American thriller in which the history of the present becomes an adjective to the existential drama of its finely sketched characters.


Literature rarely changes the world. But when we read a book we love, it changes the way we see the world, and the artist’s vision becomes ours as well. This is the power of literature, and the beauty is that neither the writer nor the reader knows when or if the magic will happen

Rushdie doesn’t write state-of-the-nation novels. He is more ambitious. He holds the world in his palms. He plays with it. He argues with it. In his last novel, stretching from the original romance of Obama to the revenge of the Joker president, too, the ideas and attitudes of our time make his imagination compellingly intimate. And as always, it begins in Bombay.