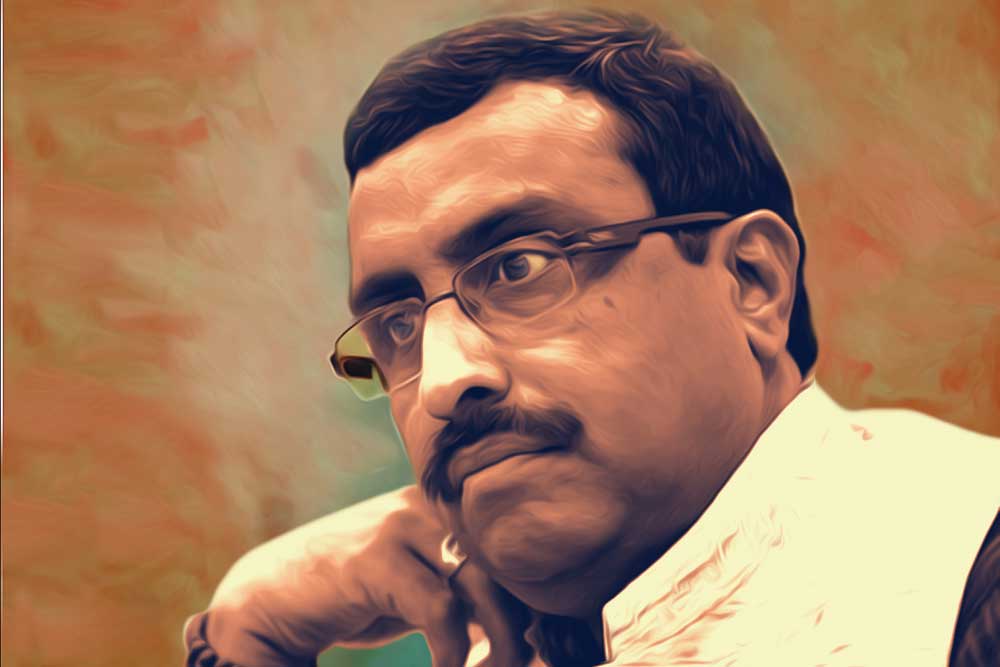 In 2014, when he joined the BJP, Ram Madhav was seen as the RSS man in the party, a man who would act like a bridge between the two. Soon afterwards he was made the BJP’s national general secretary. Credited with the impossible task of forming a government with a local partner in Jammu and Kashmir and then with a string of victories in the Northeast, Madhav is seen by many as India’s unofficial global ambassador.

In the fish bowl of public life, I believe everybody is subject to scrutiny. Nobody should think themselves to be above criticism as long as it is genuine and constructive. Personalised attacks and motivated criticism are evil. But all those who disagree with us are not necessarily our enemies. Agreeing to disagree, á la Voltaire, many times leads to improvement. This one quality is missing in public discourse these days, especially in politics

With India Foundation, Madhav has created a parallel diplomacy narrative, building up India’s case with diplomats, foreign experts and academics. Prime Minister Narendra Modi recognises this, say BJP insiders. And so far, he has managed to strike a balance between the RSS and the BJP, which many would tell you, is no mean feat.