While the budget seeks to ease last year’s pain, it wants companies and individuals to discipline themselves too 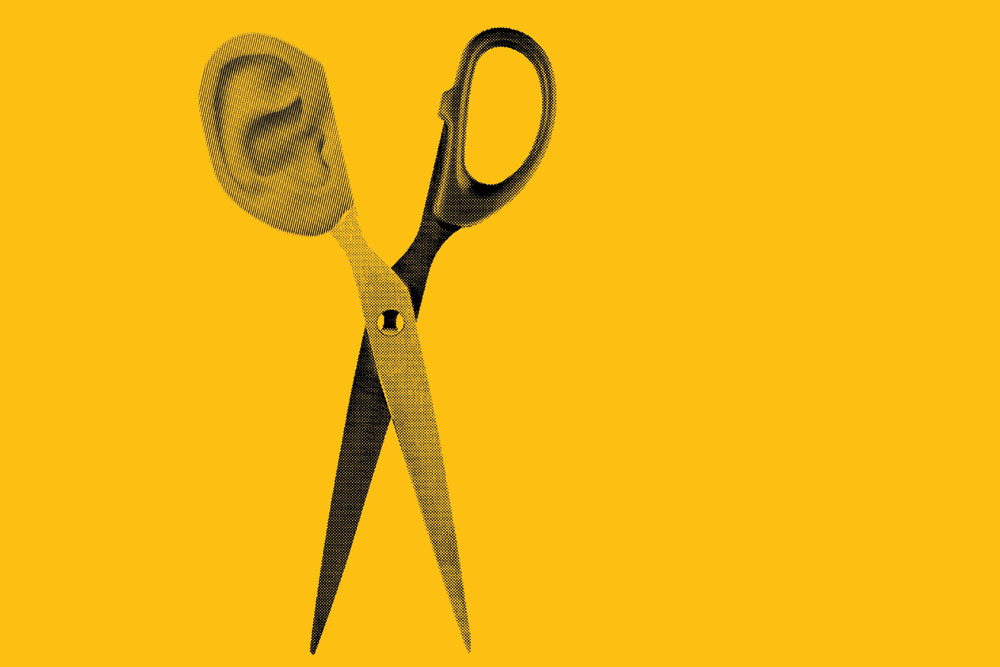 
IMAGINE TRANSFERRING AN ‘x’ amount of rupees from your ICICI Bank to your own State Bank of India account and seeing the tax officer count it twice in your income. Unbelievable? PD Thomas, a practising chartered accountant based in Delhi, has a story to tell about one of his clients having gone through this ordeal. After years of tax assessment going faceless, it is these incidents that make you wonder if many of those efforts by the Government really come to anything.

“The officers are under pressure to achieve their targets to get revenues for the Government. There was no concealment of income and yet a sum of Rs 57 lakh was added to income which were mere cross entries between different bank accounts and a demand of Rs 37 lakh was raised without any basis,” says
Thomas, indignant at the display of high-handedness by tax officials even as he goes on to praise the efficiency of appellate authorities and tribunals.

The officers also give very little time to reply to the notices they send, says another chartered accountant on condition of anonymity.

One can assume there will be many more such cases. Finance Minister Nirmala Sitharaman’s February 1st Budget (for April 2021 to March 2022) is an attempt at taking this very fear out of the entire tax payment exercise. The idea is to go faceless for more and more steps in the entire process, from payment and scrutiny to adjudication.

The Budget proposes to constitute a Dispute Resolution Committee for small taxpayers, which will be faceless to ensure efficiency, transparency and accountability. Anyone with a taxable income up to Rs 50 lakh and disputed income up to Rs 10 lakh can approach the committee. The Income Tax Appellate Tribunal, the next level of appeal in income tax cases, will also go faceless.

When it comes to tax payment, it’s not over till it’s over as the file, even in simple cases, could be opened any time in six years from the end of the relevant assessment year. That limit has now been halved to three years. Re-opening up to 10 years will happen only if there is evidence of undisclosed income of Rs 50 lakh or more in a year. Discretion in reopening of cases has been dispensed with and will be done only if a case has been flagged by the system on the basis of data analytics, objection by the Comptroller and Auditor General in such cases.

“It will go a long way in bringing down tax terrorism. Tax officials will have to prove to the satisfaction of the Principal Commissioner of Income tax there has been a serious case of concealment and they need to go back 10 years in case of the specified assessee. In addition, hearing only through video conferencing will make the assessment exercise under IT to be fair and open,” says Rashmi Deshpande, partner at law firm Khaitan & Co.

Reining in mis-selling of financial products seems to be high on Sitharaman’s agenda as she announced one more step to address the plight of investors. The Government will now set up an investment charter for all products across the financial sector. If words are put into action, the grievance resolution mechanism for investors across asset classes is set to get strengthened.


The Budget is an attempt at taking the fear of tax terrorism out of the tax payment exercise. The idea is to go faceless for more and more steps, from payment and scrutiny to adjudication

Sitharaman has provided some succour to senior citizens too, aged 75 years and above, a recognition of their health needs and hardship. They will no longer have to file their returns if the income is only from pension and interest and the tax on the same has been deducted by the bank.

The Government has also expanded the scope of pre-filed tax return forms which will now include details of capital gains and interests from banks and post offices. Pre-filled forms help taxpayers file their returns smoothly and quickly.

But the finance minister hasn’t just addressed investor plight. While Sitharaman has striven hard to improve compliance and take out the anxiety, she also expects citizens to be more disciplined and informed in their duties and responsibilities. To treat the incorrigibles, she takes away the loopholes.

The Budget also deftly tackles a constituency that easily creates a brouhaha. So, after all the talk of rich tax, wealth tax and what have you that circulated before the Budget, the finance minister has played it a little smart instead of going in for a blanket exercise that can be counterproductive. Call them rich or well-off or high networth individuals, she has decided to tax them a little more. It’s a constituency usually supportive of the ruling Bharatiya Janata Party (BJP) but the finance minister felt it was worth taking that risk.

Interest earned on more than a Rs 2.5-lakh contribution in a year to an Employee Provident Fund or Voluntary Provident Fund (EPF/VPF) will now be taxed. So far, there was no limit and no tax. This is a big development as so far all PF contributions were EEE, that is, they enjoyed an exempt-exempt-exempt status and were a popular source of savings, given that they provide a guaranteed return in excess of 8 per cent. There are very few EEE instruments in India and this was one of them. Now the middle ‘E’ is gone even as the contribution and its withdrawal remain exempted.

Employee and employer contribution is as such capped at 12 per cent of the basic salary but the lure of over 8 per cent guaranteed return has many employees contributing in excess of it. This created a loophole for high salary earners to earn a tax-free interest. In the good old days, this rate used to be in excess of
9 per cent. The cap will be applicable for contributions made from the next financial year, starting in April.

On the face of it, the move goes against small savers. But then, only high salary earners are impacted. The tax will be as per the slab the person is in.

For long, how much tax one will have to pay on a certain product has decided the choice of the instrument and not its inherent strengths. This has obviously led to a lot of wrongful marketing (or mis-selling as it’s popularly called) of products and schemes, duped savers of their money and created distrust among end-consumers, companies and agents.

Next comes the unit-linked insurance plan (ULIP), a product that has long been mis-sold year after year. The finance minister has now brought its taxation at par with that of mutual funds by removing the tax arbitrage between the two. A ULIP bought henceforth and carrying an annual premium of over Rs 2.5 lakh will now attract long-term capital gains at maturity or redemption. The amount received on death will remain exempted without any limit on the annual premium and customers cannot escape the provision by buying multiple policies.

The finance minister has thus introduced a taxation element in both PF and ULIP for high income earners. Hopefully, this will end mis-selling in ULIPs and help the consumer decide on the product’s inherent merits.

“ULIPs will lose the associated tax benefits and may become less attractive for investors planning to invest over Rs2.5 lakh per year. Therefore, investors may now strongly consider separating investment from insurance needs in order to get better benefits from either,” says Adhil Shetty, chief executive officer of BankBazaar.

A key step announced, coming in the aftermath of the harassment and hardship faced by depositors in the wake of the crises at Yes Bank and Punjab and Maharashtra Co-operative Bank (PMC), relates to deposit insurance.

The Budget is an attempt at taking the fear of tax terrorism out of the tax payment exercise. The idea is to go faceless for more and more steps, from payment and scrutiny to adjudication

Last year, the Government had approved an increase in the deposit insurance cover to Rs 5 lakh from Rs 1 lakh for bank customers. But this expanded window is available only when a bank goes into liquidation. The Government will now enable a framework whereby customers of a bank, which is temporarily unable to fulfil its obligations, will still be able to get easy and timebound access to their deposit cover of Rs 5 lakh.

THERE WAS MORE positive news for the stakeholders of the real estate industry. In order to incentivise home buyers and real estate developers, the safe harbour limit will be doubled on specified primary sale of residential units to 20 per cent. This means select properties can be registered at a price up to 20 per cent lower than the circle rate. This would be of particular help to stranded buyers of properties under construction for the last many years.

The Government has recognised the negative outcome of raising customs duty on gold last year. This not only raised the prices of the yellow metal in the market but also arguably led to more smuggling. It has cut basic customs duty on the precious metal to 7.5 per cent from 12 per cent. While there will be a 2.5 per cent agriculture infrastructure and development cess on gold, there will be no 10 per cent social welfare charge that the agriculture cess on other goods will attract.

India is the largest importer of gold and usually imports 800-900 kg of the yellow metal every year. The country’s imports of the metal declined 47.42 per cent from a year ago to $9.28 billion during April-October 2020 as the Covid-19 pandemic dampened demand.

While the fall in imports helps narrow the trade deficit, a high duty regime has often backfired with a rise in smuggling.

The steps point to a Government keen on building trust with citizens and also having citizens trust each other, where the privilege of one does not allow her to benefit or the lack of knowledge puts the other at a disadvantage. It also calls upon both corporates and individuals to discipline themselves—for example, through the ULIP tax rule change.

It also recognises the pain the common man has gone through in the last year as a result of the pandemic. The extension of interest rebate on affordable housing echoes that. It also aims to tap into people’s savings to fund the country’s infrastructure. Save right and spend seems to be the Budget’s gist.