Harshad Mehta: The Return of Chutzpah

Harshad Mehta, the stockbroker who made greed good for Indians and took the fall for it, is back in favour 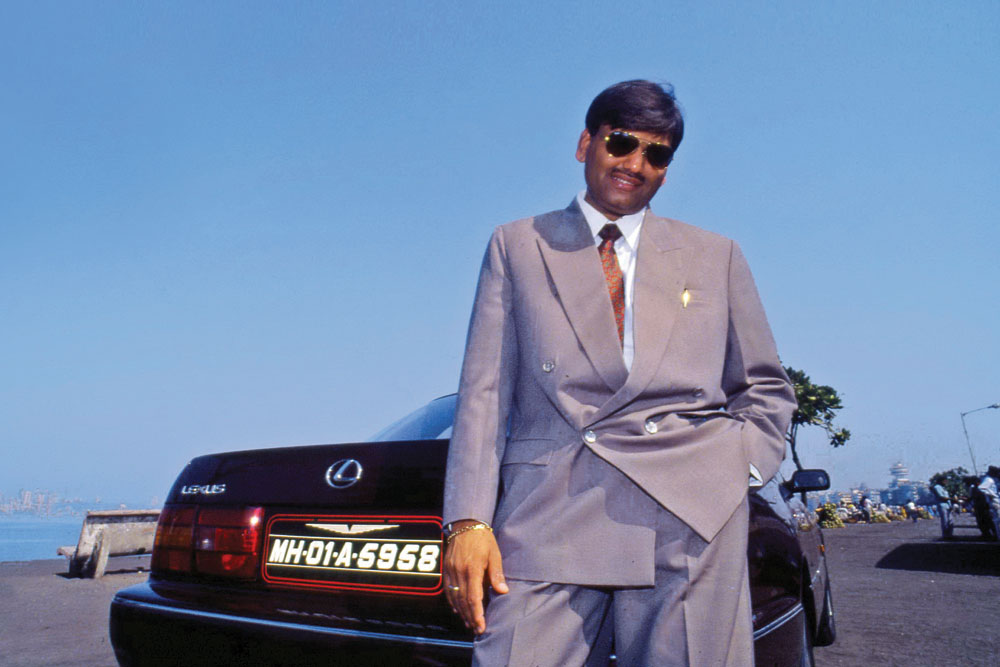 
THE FIRST TIME filmmaker Hansal Mehta heard about Big Bull Harshad Mehta, it was on an international call. He was in Sydney, Australia, where he was working as a computer programmer, and his parents told him about Mehta who was making a lot of people very rich. By the time Hansal returned to India in 1993, the Harshad Mehta story was over. He was no longer the Big Bull who allowed photographers to document his 15,000-sq-ft home in Mumbai’s Worli Seaface with its billiards room, mini-theatre and a nine-hole putting green; who spouted aphorisms such as
“I don’t create waves, I ride them”; and who paid an advance tax of Rs 26 crore, becoming the biggest individual taxpayer in the country—bigger than Dhirubhai Ambani.

Almost 30 years later, there is a revival of interest in Harshad Mehta’s story, in his sudden rise through the stock market and his equally instant disgrace. For many, he embodies the Indian obsession with wealth, especially of those who are excluded from the system. He was not merely aspirational but also a disruptor and subvertor of the status quo which only allowed the Tatas, the Birlas and the Ambanis or the foreign banks to be the creators and custodians of wealth. “I experienced the arrogance myself,” says Hansal, “when I would go to make presentations at Citibank. For them, the elite boys club, I was no better than a stationery manufacturer.” For others, he was seen as someone who was no better than a thief; a man who enabled banks to take shortcuts, to play around with public money and make profits in morally ambiguous ways. And who suffered? The common man, while a select few kept milking the system, creating disproportionate wealth for a new elite.

But the return of the cult of Harshad Mehta—in a new mini-series directed by Hansal Mehta, Scam 1992: The Harshad Mehta Story on SonyLIV, and a forthcoming movie, The Big Bull, directed by Kookie Gulati and starring Abhishek Bachchan—signals a resurgence of interest in studying India’s uncomfortable relationship with wealth. As a civilisation, we have believed in balance in all aspects of life: dharma, artha and kama, all in moderation are meant to lead us to moksha—but independent India’s socialist credentials put an end to this idea. There is that famous exchange between JRD Tata and the country’s first prime minister, Jawaharlal Nehru. Nehru told Tata that he hated the word ‘profit’. “Jawaharlal, I am talking about the need of the public sector making a profit,” Tata said. “Never talk to me about the word profit; it is a dirty word,” Nehru retorted. Yet it is not that wealth creators have not flourished in India. The pursuit of Lakshmi is an honourable one, even if Indian businesses have often played fast and loose with the system to enter the billionaires’ club. There are many reasons why Harshad Mehta fascinates us, just as Dhirubhai Ambani, founder of the undivided Reliance empire, did, and on whom Mani Ratnam made a well-regarded, if somewhat hagiographic, movie, Guru (2007). Rajeev Mantri, co-author of a thoughtful new book, A New Idea of India: Individual Rights in a Civilisational State, which says that as a nation if we worship Saraswati and Lakshmi, it follows that Durga will co-exist, believes Harshad can be viewed as a product of his times. “In a way, he pushed the boundaries of the system at the time unlike anybody else and exposed its frailties. A Harshad Mehta existed, thrived and ultimately imploded due to the absence of proper regulation. The Securities and Exchange Board of India [SEBI] was created only in 1992, whereas India has had functional public equity markets for many decades prior to that. In a sense that scam led to an urgency for regulation.” Indian capital markets in the 1980s and through the 1990s, in the early years after SEBI was created, were a jungle. Those who worked in the ‘share market’ were looked down upon in the larger business community as gamblers and hustlers. That has changed only over the last 10-15 years, with the rise of what is now called the ‘financial services/asset management/securities broking and trading’ industry. Mantri sees parallels between the capital markets sector back then and the formalisation-driven shakeout underway in real estate today. “All this could have come together earlier, had India not taken the sharp socialist turn in the late 1960s-early 1970s,” he notes.


It is that yearning that Scam 92 captures, the dreams and desires of a young man growing up in Mumbai’s crowded Ghatkopar and wondering why he cannot have the life he sees from the outside in south Mumbai houses. Pratik Gandhi, who plays Harshad with a charming swagger, says he can understand the angst of the protagonist. “Harshad faced a deep class divide. He was so clearly seen as someone who didn’t quite belong to these swish conference rooms and cosy bars. But it’s that old cliché, what the Ramayana and the Mahabharata teach us—greed cannot come to any good.” And neither can subverting the means to achieve that end.

Arun Maira, a former member of the erstwhile Planning Commission, says stories about mafia godfathers—in which the godfather is seen as someone to be admired, and not as a villain—are celebrations of people who break the legal rules of the system, work by unwritten rules and succeed. “Mani Ratnam’s Guru was a huge success. Remember the lead character’s speech to the massed shareholders in the stadium? Mehta got caught, that was why he may be seen by many as a failure, not because he did something wrong,” he adds.

The idea that the business of business must be only the business of making profits, which became popular in the US in the 1970s and then spread to the rest of the world in the 1990s, has encouraged people to take risks in financial markets and in business. Those who have created the maximum shareholder value and personal wealth are celebrated as smart people, to be emulated. Donald Trump’s remarkable rise was associated with this phenomenon too, notes Maira. The point is to win and not lose, Trump says. He has pooh-poohed those who pause to do the ‘right’ thing as weak and losers. Look at the way he has made his money and how he fights elections. Yet, for a large number of people in the US, even after his defeat in the presidential elections of 2020 he is a hero.

THERE are movements to persuade business people to consider the ‘externalities’ of what they do—the impact of the means they use on society and the environment. They face a lot of resistance from within the business community and continue to be ideologically opposed by prominent economists of the Chicago School. Maira gives a personal story: “I went to the US in 1989 to consult. I had no money. I drove a small second-hand car whereas the young consultants who worked with me often had two new cars. I seemed to be doing very well with clients, helping them to tone up their organisations and strategies. A young colleague took courage to ask me, in private, how come if I was so good, I was not rich? The marker of success, in any field—whether business, sports, entertainment or even medicine—in the US seemed to be how much money you made and wealth you had. Your values, your ethics seemed to be secondary to how much money value you produced and had.”

Little wonder then that business schools are coming under pressure to introduce ethics into their curricula. Ethics is a trade-off between means and ends. ‘Profit dikhta hai to koi bhi jhukta hai’ (Everyone bends to profits) was one of the many Harshad Mehta’s aphorisms. In the end though, he had to bend to the system. Scapegoated for what many others had done before him, he died battling 27 criminal charges against him, in 2001, at the age of 47.

Scapegoated for what many had done before him, Harshad Mehta died battling 27 criminal charges against him, in 2001, at the age of 47. The Big Bull is advertised as a film about a man who sold dreams to India

The Big Bull is advertised as a film about a man who sold dreams to India. Ritesh Shah has written the dialogues for it and says the renewal of interest in the star-crossed stockbroker may owe itself to the days of outright heroes and villains having long gone. “In order to entertain we do things with slight dash and portray such characters as slightly larger than life. As writers, we don’t judge. And since Guru, there is not much ambivalence towards wealth. We all want wealth creation and even celebrate it but it is impossible for story-tellers to celebrate fraud. We always veer towards the victory of good over evil, and though we still tell binary opposition stories, they have got more nuanced now.”

And in this day and age, when Harshad in Scam 92 compares himself to Hanuman and says, “Agar meri poonch main aag lagegi to Lanka to unki bhi jalegi [If my tail is on fire, then at least their Lanka is also ablaze],” you can almost hear the invisible audience rising to its feet to applaud his guts. In a world of declining growth rates and receding profits, nothing succeeds like a spot of good, old fashioned, can-do capitalism.