The future according to a professional pessimist 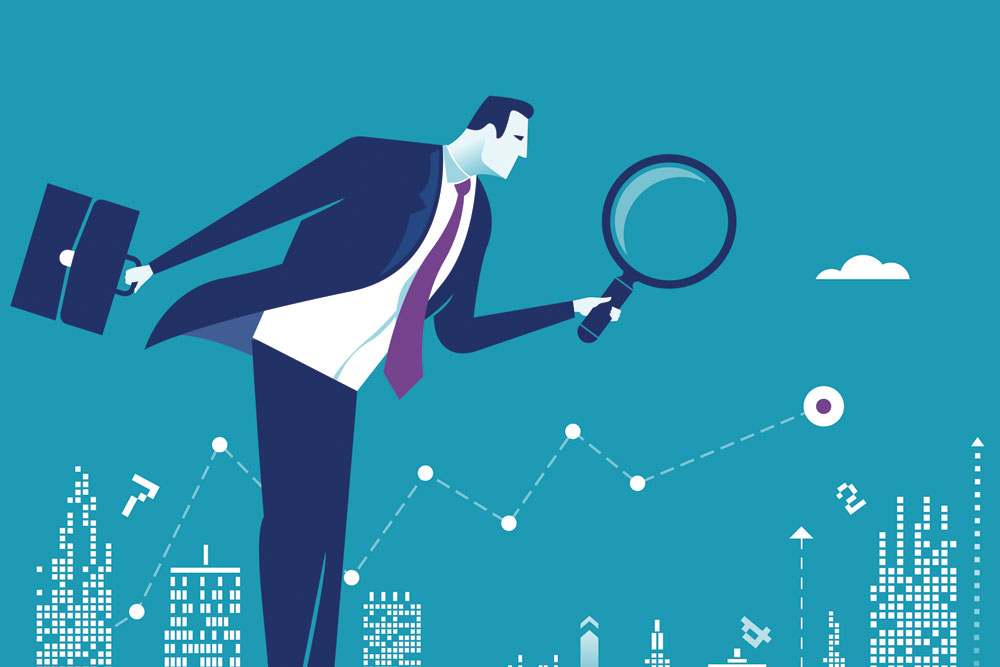 NIRMALA SITHARAMAN’S BUDGET WAS UNUSUAL IN several ways, even if we ignore all the trivia about pothas versus briefcases and the first female Finance Minister who was not also prime minister, etcetera. The speech was among the longest.

However, oddly for a Budget speech, it offered no details on the last fiscal year’s performance. The only concrete glimpse the speech offered of the future was the (irrelevant) ambition of helping India grow into a $5-trillion economy sometime.

Of course, there was plenty of data and detail presented in the Budget Annexures. But some of that data was very dodgy, since it didn’t gel with the data presented the previous day by the Economic Survey.

The Budget Annexures seem to, by and large, repeat the revenue and expenditure estimates presented in February 2019 in the Interim Budget delivered by Piyush Goyal. The Economic Survey presents more recent data audited by the Comptroller and Auditor General and released on May 31st.

At the time of writing, there have been no clarifications as to which of those datasets—the Economic Survey or the Budget—is more accurate. Common sense suggests that the Economic Survey is likely to be closer to the actual numbers.

The discrepancies are substantial, amounting to over Rs 1.7 lakh crore for 2018-2019. The Economic Survey data indicates that tax collections were much lower than the numbers presented in the July Budget, and the expenditure was also less. The fiscal deficit for 2018-2019 was controlled by curtailing expenses, postponing expenses and by asking institutions such as the Food Corporation of India to borrow (which doesn’t count towards the Budget though FCI is fully Government-owned).

The discrepancies are not just unusual, but also deeply disturbing even if this is due to some computer glitch. The projections for 2019-2020 tax collections are difficult to believe and likely to be impossible to achieve if the Economic Survey numbers are correct. The implied growth in collections in that case would be more than 20 per cent over the Economic Survey numbers, and that growth rate has not been achieved in many years.

AFTER A SLOWDOWN in 2018-2019, the Government is bravely assuming a bounce in gross domestic product (GDP) growth in 2019-2020, but there’s little sign of it. Automobile sales have dipped in the first quarter (April-June 2019) and tax collections are down. Other high-speed indicators that indicate economic activity, such as the Purchasing Managers’ Indices, railway freight carried and core-sector growth rates are also meandering along without much growth. The unemployment estimates are grim. The monsoons, so far, have been sub-par, implying muted rural demand.

Don’t expect an exports-driven boom either. Global growth is expected to fall in 2019-2020, if we believe august institutions such as the World Bank, the International Monetary Fund, the Bank of Japan, the European Central Bank, the US Federal Reserve, the People’s Bank of China and the Reserve Bank of India (RBI). All those institutions have issued gloomy advisories for the year.

The silver lining in the slow global growth is that fuel prices (of crude oil and gas which India imports) are likely to stay down, assuming the US doesn’t end up at war with Iran. Commodity prices (such as industrial metals) should also be down.

Anyway, returning to the case of the Budget data. That is suspect and, therefore, the growth projections of the Sitharaman Budget are also suspect. What we can say for certain is that this Budget does have a clear thrust: The Government is trying to desperately raise revenues, tapping any sources that it can possibly think of.


What we can say for certain is that this Budget does have a clear thrust: The government is trying desperately to raise revenues, tapping any sources that it can possibly think of

Customs duties have been raised on multiple items. Excise rates have been hiked on fuels. Personal-income tax rates have been hiked for the wealthy. The target revenues from divestment have been hiked to Rs 1.05 lakh crore. The Government hopes to generate some revenues from spectrum auctions. The Budget also assumes a huge increase in the dividends paid by the RBI and other financial institutions. Also, for the first time, the Government is prepared to borrow abroad, by floating forex- denominated bonds. In a post-Budget conference, Sitharaman said the fiscal deficit would be held at 3.3 per cent of the GDP in 2019-2020. This means that not too much expansion in expenditure is on the cards.

This Budget will make many things more expensive since the higher Customs duties mean higher input costs for manufacturers. Thus there will be less in the way of savings and surpluses to fuel consumption demand or to go into new investment. The Government is also going to spend as little as it can, so there’s no major stimulus from that end. What all this means is an economy which will probably struggle to accelerate growth in 2019-2020.

India Inc obviously doesn’t like this Budget. That’s another unusual aspect of it. Most Budgets are followed by corporate honchos going ‘thumbs up’ and ‘10/10’ in TV studios with (often faked) enthusiasm, because they don’t want to antagonise the Government. This time, the praise was muted and many of the sector lobbies publicly expressed disappointment.

The stock-market reaction to the Budget was negative, and it was negative across the board. Every major sector was down after the first two trading sessions. Indeed, five of every six stocks were priced down after the Budget. So if you believe the old adage ‘money talks’, there isn’t a single industry which seems to be satisfied.

So what becomes of you, dear reader, in a year which seems headed for doom and gloom? Well, let’s assume you have a standard upper-middle-class profile and aspirations, and you have made the usual allocation of savings across multiple types of assets.

The typical Open reader has some exposure to real estate— this is probably the single largest component of your net worth. You also have some EMIs to pay (vehicle, housing and so on), kids whose further education will require funding, some mutual funds in your portfolio, some direct equity exposure and some bank fixed deposits. You might also have some jewellery gifted you at the time of your wedding. It’s worth taking a look at these assets.

But before that, take heart. Although the Budget is protectionist and it does little that’s positive, the economy will probably continue to grow. It won’t grow quickly but with luck, it won’t stop growing. The positive aspect to the Government cutting expenditure is that poor fiscal numbers won’t spiral into panic territory. The second half (October 2019-March 2020) might even see optically better growth simply because of the so-called base effect. Since growth in October 2018-March 2019 was low, growth next year might look better compared to that low base.

Real estate prices may remain becalmed this year despite some policy efforts to encourage activity, especially in affordable housing. The defaults by Dewan Housing Finance have made bankers nervous. There are huge inventories of incomplete, or unsold, real estate scattered all over the country. So if you have property, grit your teeth, continue paying the mortgage (if any) and wait for the sector to recover.

Although the Budget is protectionist and it does little that’s positive , the economy will probably continue to grow. It won’t grow quickly but with luck, it won’t stop growing

But the crisis in banks’ non-performing assets (NPAs) and the cascade of defaults and frauds in the non-banking financial companies (and also in Essel Group, Jet Airways, Bhushan Group and so on) make debt look quite risky. Various funds have already had to write down their net asset values (NAVs) as defaults have hit their portfolios. That is a mitigating factor that makes debt funds look a little less dangerous.

Equity funds have done badly for the most part in the last year. While the Nifty and Sensex have remained at high levels, small caps and midcaps have seen deep corrections. Corporate earnings, poor last year, could also be poor this year, given a weak economy. There’s a good chance that the sell-off that started with the Budget session might continue and stock prices keep falling through 2019-2020.

But that’s no reason to sell off an existing portfolio of stocks or diversified equity funds. Assuming you’re holding funds with decent track records, or directly holding shares in companies with reasonable track records, just hold onto these.

You might see a sickening dip in the NAVs or share prices but there will also be a recovery. Indeed, a bear market is a good time to continue buying shares and diversified equity funds. The averaged acquisition price comes down and given a three- four year time frame, the returns are usually decent.

If you have bank FDs and they are maturing this fiscal, you are likely to find that you cannot rollover, except at lower interest rates. One possibility is to shift that money into the so-called liquid fund category. These are mutual funds that specialise in holding very short- term debt. They are usually quite safe and while they don’t offer great returns, they can beat bank FDs. They are also flexible in that you can pull the money out any time.

Jewellery is an interesting asset. As you may have noted, the Budget has raised Customs duties on precious metals. So jewellery will become more expensive and investors are fleeing even blue chips like Titan. But there’s a good case for buying and holding gold. In times of uncertainty, gold can become a good store of value, and indeed, international gold prices have gained steadily.

There’s one asset you probably don’t hold: an overseas portfolio. It’s not too hard to open an account with a brokerage based in the US, and then buy stocks abroad. It’s also possible to buy overseas mutual funds. It’s perfectly legal to do this, and you can park fairly large sums abroad. If the rupee does fall—and that is quite likely—any hard currency assets you hold will gain in value. An overseas portfolio would offer protection, if the Indian economy does go into deeply bearish mode.

As the reader might figure out from the above, I fall into the category of ‘professional pessimist’. It’s hard to be optimistic about the competence of a Government that has made multiple errors and policy missteps in the past five years. It’s even harder to have this confidence when that Government is careless enough to produce two radically different datasets, as it presents the first Budget of its second term.

But India does have a big economy and bad times don’t last forever. Write off 2019-2020 to experience, and wait for ‘acche din’ to arrive someday. 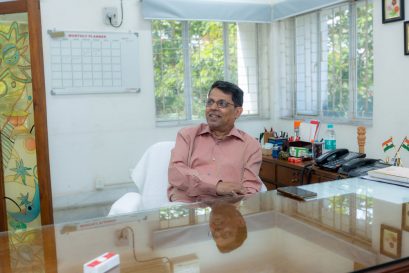 A learning experience of the highest standards