Second wave or not, we have come a long way from the great post-Wuhan incomprehension. Science has regained hope for us

In the beginning, it was a fear separated from us by borders and distance, and the country of origin, being what it is, let only state-edited information travel. Was the coronavirus’ contact with the human body a laboratory accident, or, was it a wet-market inevitability? The state, always paranoid about the free flow of facts, was told that a pandemic was in the making, but the doctor who blew the whistle was made to recant, and marked as an enemy of the state. His martyrdom, on the long list of close to three million worldwide corona deaths, remains a singular story of resistance and staged submission in a country that put the management of bad news above human life. What began in Wuhan, China, would grow into a global scare to which, initially, the responses of science and political leadership were equally tentative, and they ranged from panic to political, cautious to cynical, knowledge-driven to outright foolish. We were still trying to comprehend the beast. The mask didn’t contain the fear.

Fear, which alone powered the narrative flow of history, became the most globalised item as the virus spread and killed. Its relentlessness puzzled us and the sudden intimacy of mortality gave an urgency and immediacy to political as well as behavioural change. We returned to the pages of Camus and Defoe and shuddered in the realisation that the plague could reduce the distance between historical memory and existential dread.

We shut down our worlds, distrusted the wisdom of crowds, and retreated to the safety of home isolation. There was nothing else we could do, and there was nothing else the experts would tell us. We followed the survivors’ manual by those we believed knew better, even though, as it turned out, they were revising the manual too often, and all of them were not on the same page always. We volunteered to forfeit our civil liberties, learned to greet the other from a safe distance with folded hands, and sought the digital alternative to reconnect with the world. We embraced the new abnormal with the modesty of those who stood helplessly before the mutations of death.

I write this on the anniversary of the Indian Lockdown. The pandemic etymology of Lockdown takes us back to those days when flawed comparisons—lives vs livelihood—and ideological clashes—conservatives vs the liberals vs the libertarians—defined our reactions to a virus science was still struggling to keep pace with. No point now bringing up the old question of who was right, but we are still crawling out of the Second Great Depression, with so many little stories of loss and stolen futures swirling around us, with no resolution in sight. We are now measuring the state’s benevolence—and the leader’s commitment—by the size of the so-called stimulus package.

How will we measure leadership? It mattered greatly in the beginning, and it makes all the difference even now. We have seen them all. The deniers. The bunglers. The expert-sceptics. Those who listened to ideology rather than virology. And a handful of honourable ones. It took a while for all of them to acknowledge that the pathogen was changing the world to a degree they were not prepared to see in their lifetime. Some reactions were bound to be kneejerk. Some were too spontaneous to be thoughtful. And still there is no final verdict on whether a complete lockdown of economic activities was called for—and I’m not even getting into the partisan war it started elsewhere.

The Lockdown did achieve one thing, even at a price most people could hardly afford: It forced us to pay attention, to focus on our lives and of others with equal interest. We were particularly good at listening to the state, to a prime minister most Indians trusted wholly. When he told his people not to cross the Lakshman Rekha—the line of self-control—they stayed home; when he told them to come to the balcony and show solidarity, they did so happily, and loudly. Politicians fare badly in the trust quotient test, and power, invariably, makes them the worst performers. What makes the Indian Prime Minister exceptionally popular is the trust the India of the poor and the ambitious, of the young and the aspirational, has in him. Only science can contain a pandemic, not politics; but politicians who score in public trust and credibility can be reassuring, and reassurance matters in times of war and other national distresses.

In retrospect, India, a country of a million inequalities, behaved with a greater sense of responsibility because its leadership did not cash in on fear. It trusted knowledge—and communicated with a shared sense of urgency. It’s a measure of our Covid leadership’s confidence that India’s vaccination programme progresses smoothly as, elsewhere in more developed societies, it has gone haywire. For once, in its vaccine diplomacy, it has shown that globalisation is a moral project as well.

Second wave or not, we have come a long way from the great post-Wuhan incomprehension. Science has regained hope for us. Let’s roll up our sleeves—literally—to sustain it. 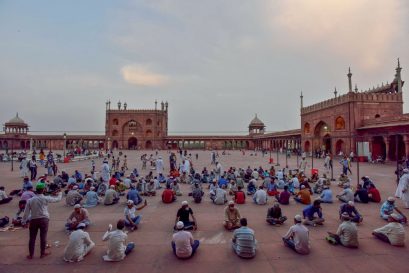 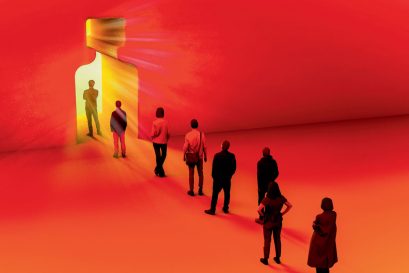 As hospitals find their stockpiles depleted, distraught relatives are forced to look for purported Covid medicines 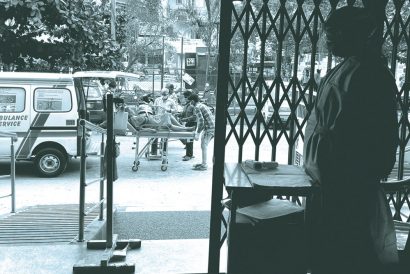 ‘We may run out of staff sooner than oxygen’

A day in the life of a Covid ward in Bengaluru