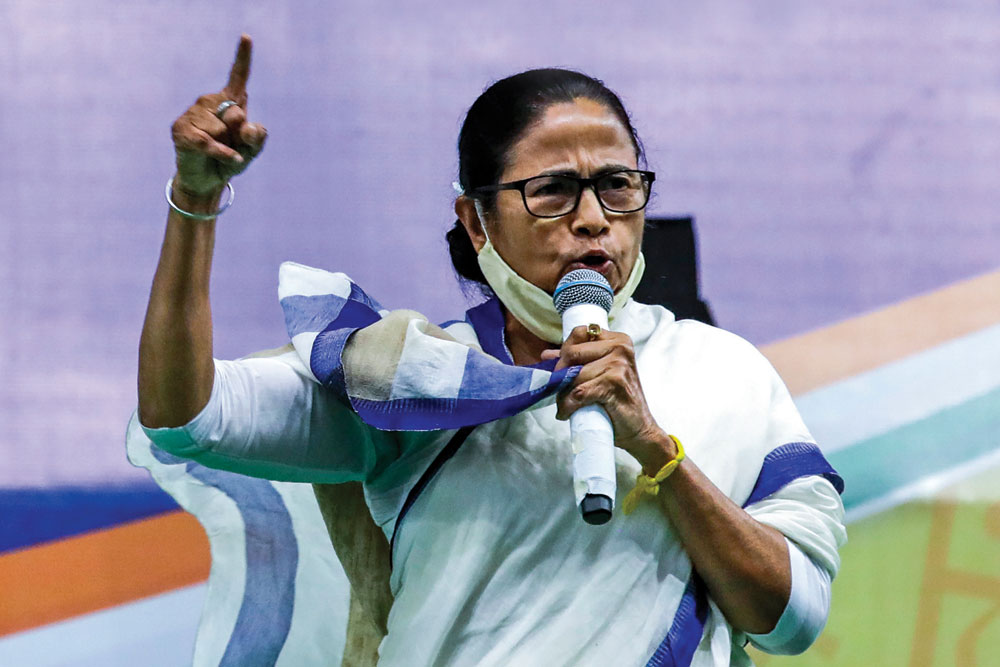 
NIRMAL SARKAR, WHOSE family runs a chain of ophthalmic stores in south Kolkata, recently took his wife and son out in the family car, a Hyundai i10, and headed to the coastal town of Digha. After Kolaghat, where the route branches off the National Highway, Sarkar felt that the car, which had been garaged for months due to the pandemic, was “lifeless” under his foot. What was at risk was not only the life of the car but that of all its three passengers. Sarkar realised the danger as passersby began waving at him, screaming “fire”, and asking him to get out of the car.

As Sarkar saw smoke billowing from under the bonnet, it was obvious that the all-important cooling mechanism of the engine had stalled. A highway shop was of little help as its owner was bent on selling some inconsequential spare parts than devising a way to keep the scalding heat of the internal combustion under control. The engine stalled again after a few miles. Sarkar and his son patrolled the area for an auto-repair shop, but there was none. Gone was the dream of hitting the sea by noon and going for a swim. “As the sun was about to set, I got worried,” Sarkar says. The nearest town being Contai, some 40 km away, he had to hire a mid-sized truck for a fortune and sit at the wheel of his car while being towed. “I didn’t know the road leading to Contai could be so dark at night. There was no streetlamp on the one-lane highway, the stars being the only source of light.”

A week later, as the car came back to Kolkata from a ramshackle workshop in Contai, in a shape hardly better than what Sarkar had left it in, the thoughts that began haunting him related not so much to the problematic car but the condition of his state. “Sadly, West Bengal still remains primarily an agrarian state, without the industrial culture permeating rural society. In a stretch of almost 120 km, I couldn’t find a single auto mechanic with a clear idea of the manual to repair the cooling system of a car engine!”


It is all the more perplexing because Contai is no hick town. Apart from being the nodal point of all businesses along the coast—tourism, fishing, cashew processing—it is the home of the Adhikari family. When its scion, Suvendu, as a weighty minister in Mamata Banerjee’s cabinet left her Trinamool Congress (TMC) in December to join the Bharatiya Janata Party (BJP), it was indeed for the first time that the odds for the West Bengal Assembly elections in March-April, considered by many as a two-horse race, began looking better for the saffron party. Adhikari, 50, is now BJP’s star campaigner who describes TMC as a “private limited company” with Banerjee as its “chairperson” and her nephew and MP from Diamond Harbour, Abhishek Banerjee, as its “managing director”. However, Adhikari remains silent on why his base Contai and its surroundings carry the tell-tale marks of under-development despite his MP father Sisir Adhikari, brother Dibyendu, also an MP, another brother Soumendu, and Suvendu himself, having the Central, state and municipal politics of the Medinipur East district in their firm grip for over a decade.

Under Trinamool Congress, the state has not performed too badly, with its net state domestic product per capita being 11th among 18 full states. What it fails to capture, however, is the inequality of income

Adhikari is not the only TMC deserter who has made a splash. Mukul Roy, 66, quit the party as early as 2017 and is currently national vice president of BJP. Regardless of the age gap between them, it is this duo that had, 10 years ago, lured scores of Left Front and Congress leaders into TMC. Their parties have changed, but not their art. Close on the heels of Adhikari, other TMC leaders to follow are Contai MLA Banashri Maiti, Monteshwar MLA Saikat Panja, Kalna MLA Biswajit Kundu, Gajole MLA Deepali Biswas and Burdwan East MP Sunil Kumar Mondal. This is just like Mukul Roy’s departure from TMC was followed by hefty MP Arjun Singh and many others.

Under Mamata Banerjee, the state has not performed too badly, with its net state domestic product (NSDP) per capita being 11th among 18 full states. The figure is a tad below the median NSDP per capita. What it fails to capture, says an economics professor from Jadavpur University who did not want to be named, is the inequality of income: “It is more pronounced in Bengal than states like Maharashtra or Kerala, between the rich on the one hand and the deciles from middle to poor on the other.” Growth of the manufacturing sector was absolutely necessary to produce more equality in income and create a wider market. The Communist Party of India-Marxist (CPM), too, became aware of the problem towards the last lap of its 34 years in power. “That explains,” says senior journalist Kunal Bose, “the effort by Buddhadeb Bhattacharjee, the last chief minister from the Left, to woo the Tatas and Sajjan Jindal to invest in the state.”

BENGAL HAS FOR long been in the grip of the vicious cycle of stunted demand and low income. After coming to power in 2011, Banerjee sought to draw in investment. But it did not seem to work as planned since widespread joblessness had already led to a mafia raj in multiple sectors—real estate, retail trade, public transportation, health—and rendered the cost of investment prohibitive. Mukul Roy onwards, TMC’s starred generals understood the problem. Their opportunity to leave came as the yearning in the corridors of BJP, and its parent organisation, the Rashtriya Swayamsevak Sangh (RSS), to bring West Bengal, the land of Syama Prasad Mookerjee, into their fold intensified.

Unable to lure industrial investors to Bengal, the state government sought to compensate for it with a clutch of hastily planned, and underfunded, welfare schemes. One of these is ‘Kanyashree’, an initiative to incentivise poor families to keep their girls in schools and desist from marrying them off until they attained the age of 18 and pursued higher education. In 2017, UN honoured Kanyashree with the highest public service award. Prasanta Kumar Nandy, 63, a businessman from Medinipur, says that whatever number of seats TMC wins this time, “it will be almost entirely due to the chief minister’s welfare programmes”. Pulin Das, a school teacher at Srirampur (Serampore) in Hooghly district, cites the example of ‘Sabooj Sathi’ (Green Buddy), under which about 85 lakh school students from Classes 9 to 12 have been given bicycles. The beneficiaries are mostly girls belonging to Scheduled Castes and Scheduled Tribes. Das says the scheme has “dramatically reduced the dropout rate in our school”. Bratya Basu, current state science minister and former education minister, claims that the schemes have had an “immense impact since they bypassed politics and bureaucracy to reach the poorest of the poor”. To the opposition’s criticism that the ‘Swasthya Sathi’ health insurance scheme is a sham since private hospitals do not honour it, Basu upholds new regulations made by the state government, including FIRs that beneficiaries can now file against errant private players.

Those who are committed to changing the state’s political setup—asol poriborton (real change), as Prime Minister Narendra Modi put it—do not give much credence to Banerjee’s welfare schemes and their pull. As Pratim Ranjan Bose, an independent columnist says that there is too much corruption in the state government’s sathis and shrees. Mamata has little chance to stand before the all-embracing appeal of Modi, he adds.

Bose might be right since the main beneficiaries of the welfare projects—SCs and STs—voted BJP in overwhelming numbers in northern Bengal and the forested areas in the western parts of the state. TMC’s score of 22 seats (against BJP’s 18) in the 2019 Lok Sabha polls would not have happened without the state’s Muslim voters, about 30 per cent of the electorate, mobilising at the final stage in favour of TMC candidates. It is this polarisation that would give non-BJP parties an edge in the unique demographics of Bengal.

But this Assembly election could follow a different course.

Abbas Siddiqui, a 30-plus Muslim cleric known for his demagogy, has floated a party called Indian Secular Front (ISF) and aligned with the Left-Congress alliance. A rally of the trio at the Brigade Parade Grounds on February 28th turned into a Siddiqui show as soon as he appeared on the podium, to the embarrassment, in particular, of co-speaker Adhir Ranjan Chowdhury, leader of Congress in Lok Sabha. Siddiqui’s cheerleaders, who occupied the centre of the ground, were young and poor and quite impatient with the mainstream parties’ hesitancy in dealing with BJP. “It is a good thing,” says Zaad Mahmood, a political scientist at Presidency University, “that subaltern youths are getting democratised instead of being mired in identity politics.”

It is doubtful if Siddiqui would be able to carry the entire span of the state’s poor youth but his appeal seems irresistible to Muslims. And a split in the Muslim vote would be music to BJP’s ears.