What big stars, big budgets and big banners have lined up for the big screen 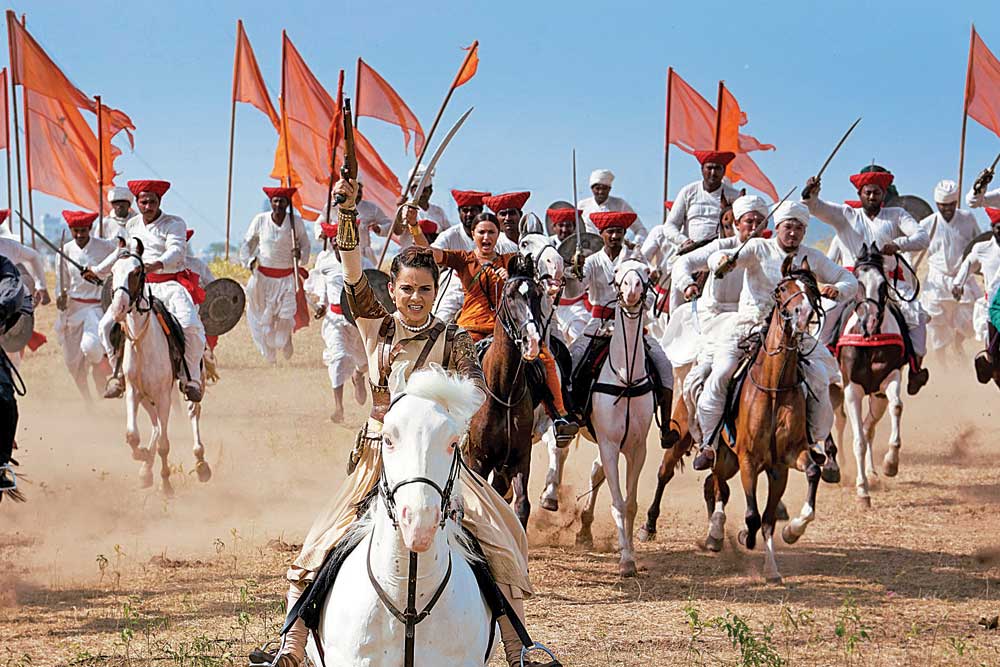 Kangana Ranaut as Rani Laxmibai of Jhansi seems to be among the best casting decisions of the coming year. However, the film has had many a controversy over copyright issues, actors quitting the project, budget problems and an eyebrow-raising trailer. Even so, it is one the year’s most keenly awaited films. 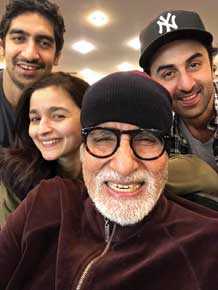 Hindi cinema fans and detractors will go catch this one, thanks to not just two powerhouse talents Alia and Ranbir coming together for the first time, but also to the appeal of their real life love story. Brahmastra is a fantasy trilogy where the protagonists have superpowers and fight evil to create a utopian world. The film has been on paper for over six years and is also touted as one of 2019’s most expensive productions. It sounds a bit too ambitious, given that Hindi cinema hasn’t been able to pull off a convincing superhero film in years, but looking at the makers and the moolah going into it, we hope not to be disappointed. 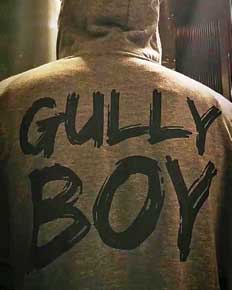 A story about street rappers in Mumbai, Gully Boy is a film on the lives of Vivian Fernandes aka Divine and Naved Shaikh aka Naezy, famous for their song Mere Gully Mein. We will see Zoya Akhtar, as director, step out of her comfort zone of stories around wealthy Indian families, but this one is also being publicised as her most realistic work since Luck By Chance (2009). The film is already set to premier at next year’s Berlin film festival among other prestigious international films. And lastly, it’ll be highly entertaining to see Ranveer Singh rap his way through it. 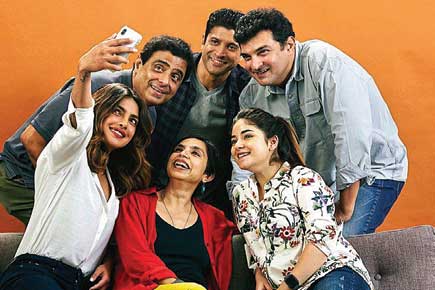 This is a story about a girl named Aisha Choudhary who was a motivational speaker from Delhi and who died due to an immune deficiency disorder at the age of 17. Shonali Bose, whose last film Margarita with a Straw was a sensitive story about a paraplegic girl dealing with her sexuality, seems to have a unique ability to use inspiring real life characters to create hope on screen. Her protagonists are often achievers who’ve been through much more than most. The Sky Is Pink was born out of a coincidence: Aisha’s parents got in touch with Shonali Bose six months after the teenager passed away and insisted that Bose was the only one who could tell their daughter’s story well. Actors Priyanka Chopra and Zaira Wasim essay the mother and daughter in this film. 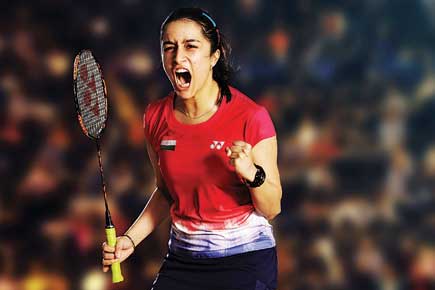 Yet another biopic, and yet another life that deserves to be captured on film. Saina Nehwal’s journey to becoming an international badminton champion as she began breaking records from the age of 16 will be directed by Amole Gupte, who has written films like Taare Zameen Par and directed Stanley Ka Dabba. This is Gupte’s biggest production and with his ability to tell strong, emotional stories, we are sure Saina will be as much about Nehwal as it is about chasing a dream. 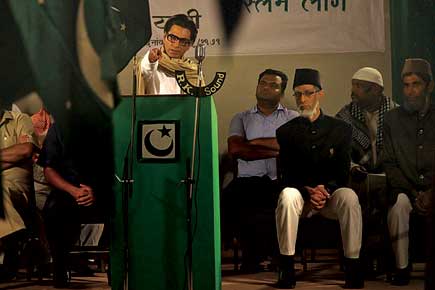 Though we have seen aspects of Bal Thackeray’s life in films like Sarkar, this one goes deeper into his persona, political impact and ideals. Thackeray is one of the most anticipated biopics of the year with the inimitable Nawazuddin Siddiqui playing the politician. Though Siddiqui calls it a life-changing experience to play the part of a man who ‘empowered’ the common man, it’s unclear how much of his controversial life has been captured on screen. 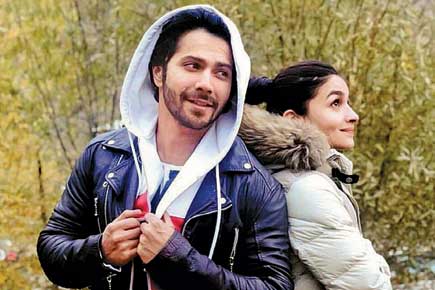 This is yet another period drama set in the 40s and will showcase a feud between two powerful rival families. The idea, we hear, was conceived by Karan Johar over a decade ago, but it’s only now that he’s managed to execute it. It’ll be interesting to see what a popular ensemble cast can do with a period film of such a scale. 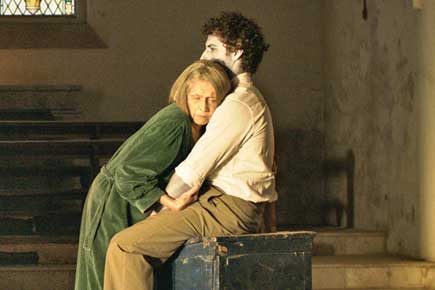 Jonaki premiered at the MAMI film festival this year, and it is about an 80-year-old woman looking for love in a world of decaying memories. It stems from the life of Sengupta’s grandmother, who was in a coma for four years. The frames look like vintage paintings with moving characters, heavily inspired by European art. It’s a film that generates curiosity about the alternative universe that the characters seem to be living in. It’s one of those abstract works of art that comes alive on screen, and though a film like this may not find a theatrical release, it would be one to watch out for on other platforms. 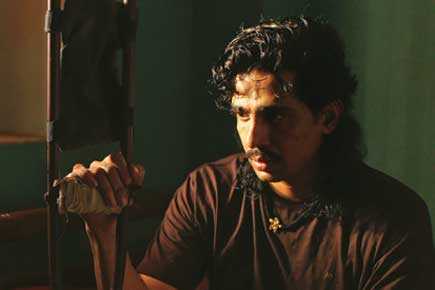 After bagging awards and accolades at the Toronto film festival, Vasan Bala’s latest Mard Ko Dard Nahi Hota has become among the most awaited indie films of 2019. About a young boy who doesn’t feel pain, it has a Tarantino touch and is likely to appeal to millennials. 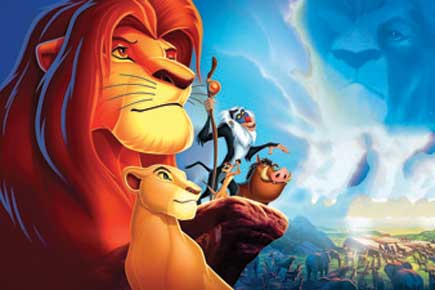 After giving us Jungle Book, the super talented director brings us his version of Disney’s much loved Lion King. Little doubt that this one could be one of the most heart-wrenching anime ventures in the new year.

Once Upon a Time in Hollywood
by Quentin Tarantino

Set in 1969 Los Angeles, around the time of the infamous Mason family murders, this is a story of a TV actor and his stunt double setting out to make names for themselves in cinema. It stars Leonardo DiCaprio and Brad Pitt in lead roles. 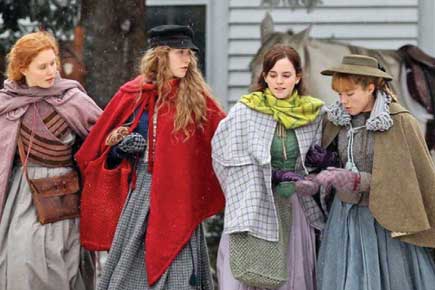 After gaining attention for her directorial skills in Ladybird, Gerwig jumps straight into adapting Louisa May Alcott’s novel and casts Meryl Streep in the role of Aunt March and Emma Watson as Meg March.

Touted as one of the biggest fantasy adventures of the year, with Will Smith playing Genie, Aladdin will be a tribute to one of the most popular magicians who ever lived in our storybooks. 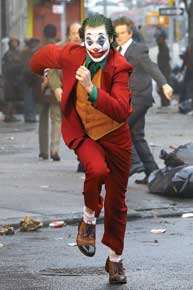 The film has Joaquin Phoenix playing the Joker, one of the eeriest, yet most comical villains ever created for cinema. It will also be a silent tribute to the late Heath Ledger who immortalised the role in more ways than one.