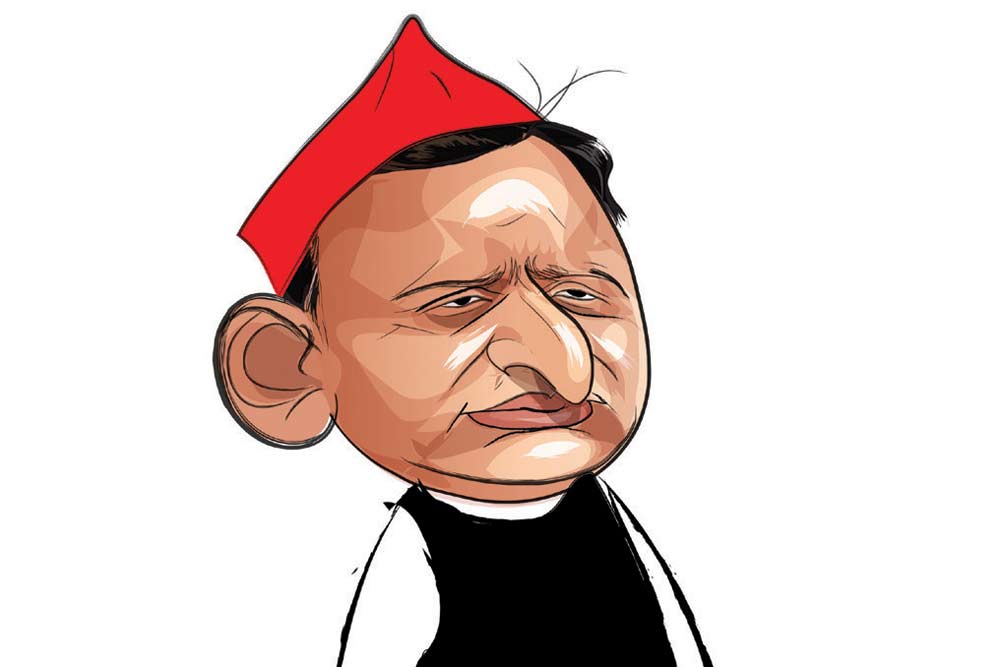 
When Akhilesh Yadav, chief of the Samajwadi Party (SP), made an alliance with Jayant Chaudhary of the Rashtriya Lok Dal (RLD) for the Uttar Pradesh (UP) election, the expectation was that the latter would bring in the votes of farmers, especially in the western parts of the state, and thus bring SP-RLD to power. But the Bharatiya Janata Party (BJP) managed to win, leaving Yadav with the question of what to do with the alliance. He might give a Rajya Sabha seat to Chaudhary. For the 2024 General Election, SP still needs Chaudhary’s support for a good showing. Also, the tie-up with RLD takes its base beyond the Muslim-Yadav combine.

One silver lining for SP from the UP election was that Akhilesh Yadav mended fences with his uncle Shivpal. But the latter wants to promote his son Aditya in politics, and the two might again have differences there. Akhilesh is said to have told his uncle that instead of giving him any seat at present, he has plans to make Aditya contest for an important constituency in the 2024 General Election. Will that be enough to mollify Shivpal?

Shiv Sena head and Maharashtra Chief Minister Uddhav Thackeray came to power breaking away from BJP but he still remains close to Prime Minister Narendra Modi. The relationship is leading to speculation that at some point the two parties could again come together. And events might be leading in that direction. His main ally, Nationalist Congress Party (NCP) leader Sharad Pawar, is said to be not ready to anoint Thackeray’s son Aaditya as the successor chief minister. Pawar has his own daughter and nephew whom he might want to see at the top post. There is gossip now that BJP could start a dialogue with Thackeray before the 2024 polls. 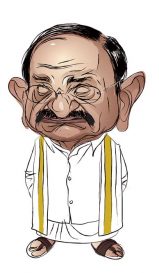 Recently, Rajya Sabha Chairman M Venkaiah Naidu gave a farewell dinner at his home to members who were retiring. It was topped by a gift of an artwork to each of them, prints of the famous Bharat Mata painting, the work of Abanindranath Tagore. One parliamentarian remarked that Naidu does a lot of homework before deciding on what gifts to give.

Mukesh Sahani, a minister in the BJP-Janata Dal (United) government in Bihar, may have overplayed his hand by going against BJP in the UP election. He is an important player in Bihar politics whose outfit, the Vikassheel Insaan Party, has four MLAs in the state. Given the slim majority the alliance has there, he becomes very powerful politically. For the UP election, he tried to bargain for seats with BJP and on being rebuffed, fielded over 50 candidates against it. Now that BJP has won handsomely, it is possible that it will not want him in Bihar. He is said to be wooing Amit Shah again but BJP may not be in a magnanimous mood.

Trinamool Congress’ Rajya Sabha MP Sushmita Deb became party to a light moment when the vice chairman of the Upper House, who was presiding, addressed her as Sushmita Sen, the name of the Bollywood star. And he called her Sen two or three times until Deb stood up and said that she appreciated it, but was happier with her own name.

After its victories in the recent Assembly polls, BJP retained all the earlier chief ministers in the states it won. Even Uttarakhand, where the chief minister lost his seat, wasn’t an exception. But it also signals the importance of Yogi Adityanath that he was the only one whose chief ministership of UP had been announced before the election. Among party chief ministers, Adityanath is first among equals. But will that mean Delhi will have less control over him in future? Time will tell.

In the West Bengal bypoll for Asansol, the Trinamool Congress candidate is film star and ex-BJP leader Shatrughan Sinha. Besides several Bengali movie celebrities, his daughter Sonakshi, who is also a star, is expected to campaign for him. Meanwhile, BJP is also said to be considering getting Bollywood figures like Akshay Kumar, Mithun Chakraborty and Hema Malini to campaign for the party candidate there.

The fate of Keshav Prasad Maurya, the former deputy chief minister of UP under Yogi Adityanath in the latter’s first term as chief minister, hangs in balance after he lost the Assembly election. There were rumours that on counting day, as Maurya began to trail, a section of the party wanted to apply police pressure to challenge the process which could have led to violence. The chief minister said there would be no intervention and defused the situation. Maurya might still be useful to the party because of his base among the Kurmis, the caste he hails from. It might help in the 2024 Lok Sabha polls. But what post they would give him, whether in party or government, is not known yet.