The eternity of Shakti adds to his aura 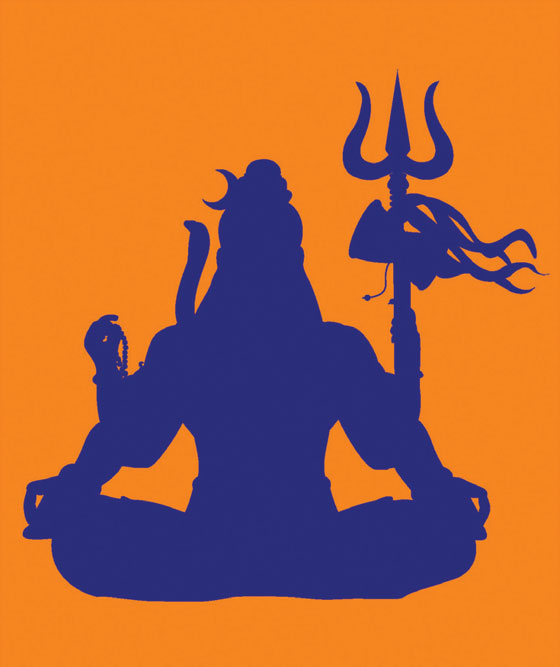 
YOU WILL REMEMBER that Upamanyu was speaking to Krishna and I was narrating the story from Shiva Purana.

“He is the original lord of the devas and his eight forms are established in the universe, like jewels strung together on a thread. These eight forms are known to be Sharva, Bhava, Rudra, Ugra, Bhima, Pashupati, Ishana, and Mahadeva. These eight forms of Mahesha, Sharva, and the others preside over earth, water, fire, wind, space, kshetrajna, the sun, and the moon. In the form of Vishvambhara, he holds up the universe, with its mobile and immobile entities. This is the determination of the sacred texts about Sharva’s auspicious form. In the form of water, there is a form that gives life to the entire universe. This is spoken of as the paramatman’s form, which is known as Bhava. In the form of the auspicious fire, he pervades the universe, inside and outside. This fierce and terrible form is spoken of as Rudra. In the form of the wind, there is a form that throbs and makes everything throb. This frightful, but virtuous, form of the lord is spoken of as Ugra. The terrible form of Bhima splits the elements, pervades everything in the form of space, and provides space to everything. There is a form known as Pashupati, presiding over all atmans and residing in all bodies. He frees Pashus from their Pashas. Known as the sun, there is a form that illuminates the entire universe. This is Mahesha’s form, known as Ishana, and he moves around in the sky. In the form of the moon, he nourishes the universe with his beams of amrita. This is the great divinity’s form, known as Mahadeva. Shiva, the paramatman, creates these eight forms from his own atman. He pervades all these other forms. Therefore, the universe has Shiva in its atman. When the roots of a tree are watered, the branches are nourished. Through the worship of Shiva, the universe, his body, is also nourished. The learned know that when Shiva is worshipped, he grants freedom from fear and favours to everyone and does good turns for everyone. A father is pleased when his sons and grandsons are pleased. In that way, Shankara is pleased when everyone is pleased. There is no doubt if a person acts so as to constrain any embodied being, this is the same as harming his eight forms. In his eight forms, Shiva’s atman is established in the universe. With every possible sentiment, Rudra, the supreme cause, should be worshipped.

Krishna said, “Bhagavan Paramesha Sharva is infinitely energetic. It has been heard how his form pervades the entire universe. I now wish to know about the natures of Paramesha and Parameshi. How do these two preside, in their masculine and feminine forms?”

Upamanyu replied, “I will briefly tell you about the illustrious forms of Shiva and Shivaa. Even Bhava is incapable of describing it in detail. Shakti is herself Mahadevi and Mahadeva is the one who has Shakti within him. Everything mobile and immobile is a small bit of their powers. Some objects lack consciousness and some objects possess consciousness. Each one of these can be pure or impure and can also be Para or Apara. (I have deliberately not translated the words Para and Apara because they have multiple meanings. Para conveys the sense of the highest and Apara is something that falls short of the highest. The wheel of samsara has both the conscious and the unconscious. Within these, there exist the impure and Apara and the pure and Para. Both Para and Apara may possess consciousness, or may not possess consciousness.) Shiva and Shivaa naturally possess consciousness. The universe is under the control of Shiva and Shivaa. But Shiva and Shivaa are not under the control of the universe. Shiva and Shivaa are Vishveshvara and Vishveshvari, vested with lordship. Shiva is like Devi and Devi is like Shiva. Like the moon and the moonbeam, no difference can be discerned between the two. Without the moonbeam, the moon will not shine. In that way, it should be known that without Shakti, Shiva does not shine. Without its radiance, there will be no sun. Nor is there any radiance without the sun. In that way, there is mutual dependence between Shakti and the one who has Shakti. There is no Shakti without Shiva and there is no Shiva without Shakti. It is through Shakti that Shiva constantly bestows objects of pleasure and emancipation on embodied entities. Shakti is primordial, alone and supreme. She is eternal and depends on Shiva. The one who is described as the lord of everything possesses gunas similar to her gunas. Shiva, the paramatman, follows the same dharma that she does. Shakti is alone and supreme. Her form is that of consciousness and she is the one who gives birth. Following Shiva’s will, she divides herself in many ways and creates the universe. She is known under three names—Mulaprakriti, Maya, and Triguna. When the universe goes through an inversion, this is because of Shivaa. Indeed, Shakti divides herself into parts—one, two, hundreds, and thousands and they have different kinds of functions.”

“As a result of Shiva’s will, Para Shakti unites with Shiva’s tattva and the first creation occurs, like oil from sesamum. This is known as Kriya Shakti, arising from Shakti and the one who has Shakti. As a result of Kriya Shakti being agitated, the primordial nada (sound) originates. Bindu originates from nada and Sadashiva emerges from bindu. Maheshvara originates from Sadashiva and pure Vidya emerges from Maheshvara. This is the Ishvari of speech and since the wielder of the trident has this Shakti, he is Ishvara of speech. The varnas manifest themselves in the form of Matrikas. United with the infinite, Maya creates Kaala, Niyati, Kalaa, and Vidya and through Kalaa, Raga, and Purusha. Thereafter, the unmanifest, with the three gunas, originates from Maya. With the three gunas having emerged from the unmanifest, the three gunas divide themselves further. The entire universe is pervaded by sattva, rajas and tamas. When the three gunas are agitated, the three forms, who are the lords of the gunas, are created. In the due order, Mahat and the other tattvas originate. As a consequence of Shiva’s command, innumerable lumps of eggs are born. They are presided over by an infinite number of Vidyeshas and Chakravartis. In accordance with differences in bodies, the shaktis are said to be different. There are known to be of various types, with differences of gross and subtle. Rudra’s Shakti is Roudri, while that of Vishnu is said to be Vaishnavi. Brahma’s Shakti is known as Brahmani, while that of Indra is said to be Aindri.”

I will continue with the shaktis in the next column.