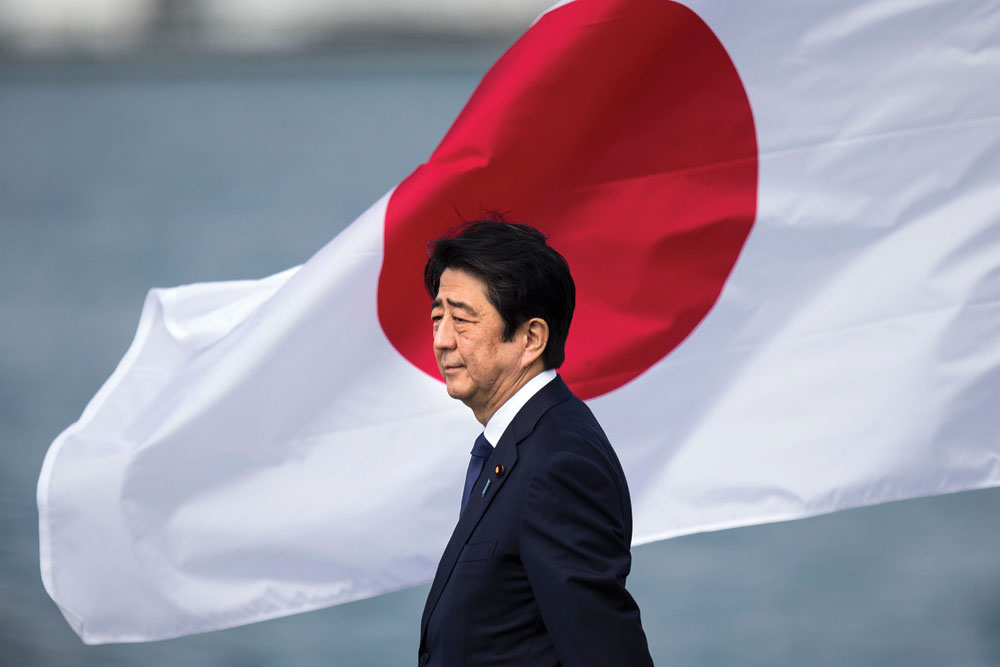 
Former Japanese Prime Minister Shinzo Abe’s shocking assassination in the usually peaceful archipelago of Japan has shone a spotlight on the nation’s underexplored but complex relationship to religion. The assassination, it transpires, was not motivated by Abe’s controversial politics, but by his family’s little-known connection to a religious group, the Unification Church.

The assassin, Tetsuya Yamagami, claims to have been motivated by the fact that his mother was financially ruined by the church, having donated more than a hundred million yen ($732,400) to the organisation. On the face of it, this rationale is puzzling.

In the global imagination, Japan is hardly associated with religious strife. If anything, it is amongst the most secular-seeming Asian nations. In survey after survey, a clear majority of Japanese profess themselves to be atheists. According to the 2013 Japanese National Character Survey, for example, 72 per cent of the respondents said they did not have any personal religious faith. Again, a 2015 Japanese General Social Survey revealed that 68.6 per cent of the people did not follow any religion.

It can be puzzling, therefore, when the visitor to Japan encounters a shrine, or temple, on virtually every street corner. The soaring <torii> gates of Shinto shrines are matched only by the neon signs of convenience stores in their ubiquity.

In direct contradiction of the surveys quoted above, the 2015 annual statistical research on religion by the Japanese government’s Agency for Cultural Affairs revealed that there were 188.9 million people, or 1.49 times the actual population of Japan who declared themselves as Shinto followers (89.5 million), Buddhists (88.7 million), Christians (1.9 million) or as belonging to “other religions” (8.9 million). In short, the archipelago is the most religious, atheist country in the world.

The reason for this seeming oxymoron is that, in general, the Japanese have a weak sense of theological dogma. They tend to combine, pick and choose religious rituals from three main religious traditions: Shintoism, Buddhism and Christianity, depending on the occasion. It is common for people without a deeply committed faith to join in religious rites, like visiting shrines during festivals. And it is fairly standard for someone to be welcomed as a baby with Shinto rites, get married in a Christian ceremony and be buried accompanied by Buddhist rituals.

On the surface, at least, religion in Japan revolves around festivals and fun, rather than hatred and bigotry. Shintoism and Japanese Buddhism are replete with millions of spirits, gods, guardian deities and demons, making them the antithesis of the monotheistic beliefs of Abrahamic religions. In Izumo Taisha, one of the country’s most important Shinto shrines, 8 million Shinto deities (called kami) from across the archipelago are believed to gather every year on the 10th day of the 10th month of the lunar calendar (usually late October or November). These include every conceivable kami, from the one in charge of sumo wrestling to the one that presides over toilets.

In fact, until the 19th century, the Japanese lacked the concept of what is considered in the West as “religion”, and there was no word in the Japanese language for it. But after the Meiji Restoration of 1868, a new constitution was promulgated that included the right to religious freedom. Consequently, the government had to decide what traditions and groups were or weren’t religious, formalising the concept for the first time.

A revival of Shintoism as the defining essence of Japan in the late 19th century was deliberately used to buttress the archipelago’s military expansionism until the end of World War II. Consequently, after World War II, the victorious Allied powers led by the US ensured that Shinto was formally separated from the state, establishing a “secular” Japan.

But all of this history obscures another phenomenon that plays an important, if under-reported, role in contemporary Japanese society: the role of new religions, known as shin shukyo. Some of these are reinterpretations of existing faiths like Buddhism, while others are imports like the Jehovah’s Witnesses from America. The Unification Church that is currently in the spotlight is amongst the latter.

The Unification Church was founded in 1954 in South Korea by Sun Myung Moon (its followers are, therefore, colloquially called “Moonies”). Given the Cold War context in which it arose, the organisation used its influence to “fight” communism. Shinzo Abe’s grandfather, Nobusuke Kishi, a former prime minister of Japan, was a supporter of the church’s Japanese branch. By the early 1970s, a number of Liberal Democratic Party (LDP) politicians were using Unification Church members as campaign workers. The LDP has been the dominant force in post-war Japanese politics, and is the party that Abe led.

By the 1980s, Japan reportedly provided some four-fifths of Unification Church revenues worldwide.

Details of Abe’s personal connections to the church are scanty. But in 2006, it was widely reported in the local media that he had sent a message of congratulations to the participants of a church-affiliated event held in Fukuoka city. More recently, Abe recorded another congratulatory video message for a Unification Church event held last year, in September.

New religions have caused a disproportionate amount of turmoil in Japanese society. A case in point is the infamous 1995 Aum Shinrikyo-orchestrated, deadly nerve gas attack on the Tokyo subway system.

But while terrorist attacks like that perpetrated by Aum Shinrikyo are rare, the new religions have proven to be both excellent fundraisers (often by crooked means), as well as useful political campaigners. The Soka Gakkai, for example, a Buddhist group with a strong international presence, including in India, is closely connected to Japanese politics. The LDP has long been in coalition with the political wing of the Soka Gakkai, called Komeito. The latter’s massive campaigning efforts are famously conducted with the same zeal as religious proselytising.

On the rare occasions that the machinations of Japan’s new religious groups do come to light, the sheer quantum of money they seem able to extract from ordinary people is always gobsmacking. “Spiritual-pressure sales” are common practice. These are fraudulent business schemes that involve cajoling people into buying pots and seals, books, treasure towers, and so on at exorbitant prices, on the basis of spurious claims like bringing good luck, longevity or extirpating past sins.

According to Japan’s National Network of Lawyers against Spiritual Sales, there were 34,537 consultations with total damages amounting to 123.7 billion yen ($906 million) in relation to the Unification Church between 1987 and 2021.

Clearly, Japan’s relationship with religion is multilayered and rife with ambiguity. While secular on the surface, religion in Japan in fact has a strong cultural, social and political impact. The non-dogmatic, ritual-focused manner in which it is practised by most Japanese is an important element of creating the strong sense of community that the nation is known for. And yet, as the brutal killing of Abe has demonstrated, it can also be a pernicious force. I would argue that the same can be said for religions in general.