What is it that pulls the all-India performance down? 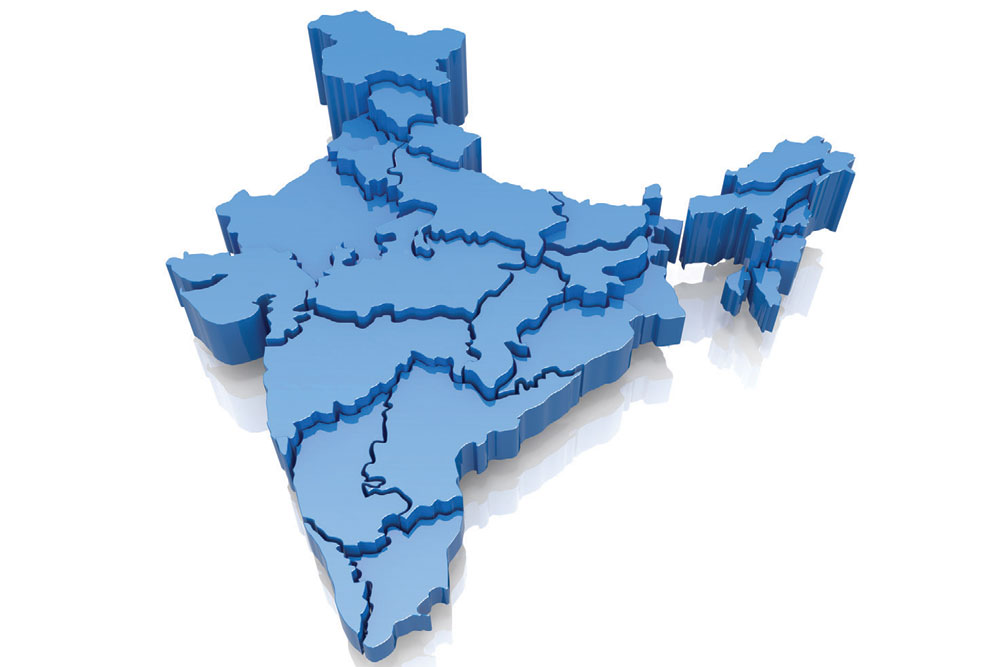 
I READ REPORTS ABOUT what the Finance Minister of West Bengal recently said. Given the media’s predilections, one is never sure whether an attributed quote has been correctly reported. For a news item like this, reportage is probably right. “I am delighted to say that as per the Government of India’s Ministry of Statistics and Programme Implementation just-published table on GDP growth of states in 2018-19 West Bengal’s growth is the highest in the country at 12.58 per cent… We are holding the baton and moving forward while the rest of the country is going through serious recession.” Among social sciences, economics is certainly the most rigorous. Therefore, most, though clearly not all, economists are careful and precise when using expressions. The country isn’t going through a recession, serious or otherwise. There can be different definitions of recession. But no economist will use the word ‘recession’ unless GDP declines, perhaps for two quarters. As things stand, there was real GDP growth of 6.8 per cent in 2018-2019 and no projection, including those from outside Government, expects growth in 2019-2020 to be less than 6 per cent. A careful economist wouldn’t have used the word ‘recession’. At best, the word used would have been ‘downturn’, “serious” or otherwise. But I wish to focus on something else, the performance of states.

To make cross-country comparisons, one needs to convert GDP (which is in domestic or national currencies) into a common currency or numeraire. Because of the importance of the US economy, this has de facto become the US dollar. There are two sets of figures one comes across, those that do the conversion from national currency to US dollar using official exchange rates and those that do the conversion using purchasing power parity (PPP) exchange rates. Typically, any PPP conversion increases per capita income of relatively poorer countries and decreases per capita income of relatively richer countries. That’s because purchasing power parity measures how much one unit of a currency can buy and many services are cheaper in relatively poorer countries. Though those PPP figures are readily available, I am going to quote the ones that use official exchange rates for conversion. We have figures for 2019 and India’s per capita GDP is $2,188. This means we are between Nicaragua and Djibouti. The world as a whole has a per capita GDP of $11,673. India’s per capita income is 18.75 per cent of the world average, not a situation to be proud of. The poorest country in the world is Sudan, with a per capita income of $225, and the richest country, Luxembourg, with a per capita income of $115,203. That benchmarks India as a country.

But, as I have said before, the all-India GDP figures are mostly (with exception of railways and defence) an aggregate of state-level figures. Let us take the per capita net state domestic product (NSDP) figures, using an exchange rate of Rs 70 to $1 (after all, this is for purposes of illustration and an approximation is permissible) and search for a country that has a per capita income that is closest to this dollar figure. Stated differently, for any given state, which country’s per capita income does it most resembles? There is more than one country that a state/UT can be bracketed with. I have chosen two of these at random. The figures are for 2017-2018, since a complete set is not available for 2018-2019. This is what the comparison looks like: Andhra (Nicaragua, Djibouti), Arunachal (Cote d’Ivoire, Bangladesh), Assam (Nepal, Tanzania), Bihar (Afghanistan, Liberia), Chhattisgarh (Mauritania, the Kyrgyz Republic), Goa (Iraq, Namibia), Gujarat (Papua New Guinea, Timor-Leste), Haryana (Lao, Egypt), Himachal (Papua New Guinea, Timor-Leste), J&K (Eritrea, Mauritania), Jharkhand (Nepal, Yemen), Karnataka (Vietnam, Honduras), Kerala (Timor-Leste, the Republic of Congo), MP (Eritrea, Mauritania), Maharashtra (Timor-Leste, the Republic of Congo), Manipur (Ethiopia, Benin), Meghalaya (Tanzania, Eritrea), Mizoram (Nicaragua, Djibouti), Nagaland (Senegal, Uzbekistan), Odisha (Eritrea, Mauritania), Punjab (Nicaragua, Djibouti), Rajasthan (Zambia, Lesotho), Sikkim (Samoa, Algeria), Tamil Nadu (Papua New Guinea, Timor-Leste), Telangana (Timor-Leste, the Republic of Congo), Tripura (Senegal, Uzbekistan), Uttar Pradesh (Sudan, Tajikistan), Uttarakhand (Timor-Leste, the Republic of Congo), West Bengal (Zimbabwe, Myanmar), Andaman & Nicobar (the Solomon Islands, Papua New Guinea), Chandigarh (Jordan, Tuvalu), Delhi (Guatemala, Azerbaijan) and Puducherry (Lao, Egypt).

It is indeed true that per capita income isn’t everything and there are other indicators that measure the quality of life. However, many of these developmental indicators are correlated with per capita income. Therefore, though it ignores distribution, per capita income is a reasonably good indicator of the standard of living of the average citizen, of the country or of the state/UT. Unless you are very aware about how we stand in cross-country comparisons, you will probably be surprised at which countries in the world India is bracketed with and at which countries in the world some of our states/UTs are bracketed with. That’s the reason why states need to improve their growth performances and reduce the volatility of growth. Both are functions of reforms. As those real growth figures showed, many state performances are sub-aspirational and sub-par. Many states are below average. For some reason, a statement like that seems to upset people. Therefore, let me rephrase it and say, some states are above average. That statement is probably more acceptable, even though it means exactly the same thing. Those states that are not above average are pulling the all-India performance down. They are not holding the baton. They may be moving forward, but that movement is exceedingly slow.

I Am Not That