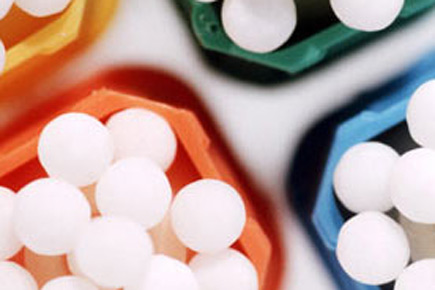 THE EVIDENCE IS overwhelming that homoeopathy is little more than voodoo science. Having its genesis in 1796, a German, Samuel Hahnemann, claimed a principle of ‘like cures like’ to overcome ailments. In practice, as WebMD says, it meant ‘a healthy person can—in a very small dose—treat an illness with similar symptoms. This is meant to trigger the body’s natural defences. For example, red onion makes your eyes water. That’s why it’s used in homoeopathic remedies for allergies. Treatments for other ailments are made from poison ivy, white arsenic, crushed whole bees, and a herb called arnica. Homoeopathic doctors (who also are called ‘homoeopaths’) weaken these ingredients by adding water or alcohol… Homoeopaths also believe that the lower the dose, the more powerful the medicine. In fact, many of these remedies no longer contain any molecules of the original substance.’

Many studies have shown that homoeopathy pills are often nothing more than sugar. And yet, for some reason, a vast number of people swear by it. It works for them. But, of course, there are caveats. Human beings are clever about survival. No one takes homoeopathy alone for cancer or malaria. It is either used for chronic conditions after allopathy throws up its hands. Or, always as a complement to allopathy. The very thing which makes it scientifically ‘useless’, the absence of any substantial element, also renders it harmless. Homoeopathy is at most a good example of placebo action.

In Mumbai, the undoubted epicentre of the pandemic, as the Brihanmumbai Municipal Corporation (BMC) frantically tries to somehow bring it in control, it has recently started distributing immunity-building homoeopathy medicines. Housing societies are being encouraged to source and give it to their members. The BMC gets the legitimacy to do this, in turn, from the Central Ayush Ministry. Normally, it would have been understandable to shake your head at such prescriptions in a time like this. But you have to weigh that against the fact that there are no medicines at all for Covid-19. Allopathy has no answer to it so far beyond oxygen cylinders. And the allopathic trials and errors happening have the danger of side-effects. On the other hand, if people feel like they are doing something to be virus-ready by popping sugar pills, then the delusion itself is a form of asserting a semblance of control. There might be a benefit to mental health at least even if the virus remains unimpressed.

Taking homoeopathy is a little like religion in that sense. As an accompaniment, recognising it for a crutch in necessary times, there is no harm involved. Think of it as the sole truth, then all sorts of damage is being invited and unleashed. But one suspects even the greatest proponents of homoeopathy will have little hesitation in standing in queue to take a vaccine or treatment when it does become available.