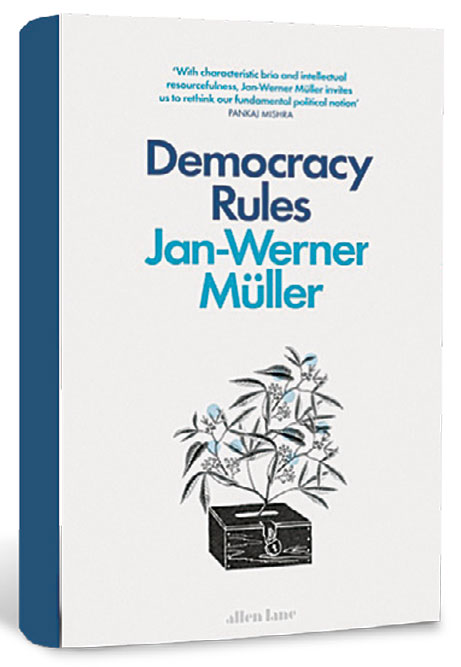 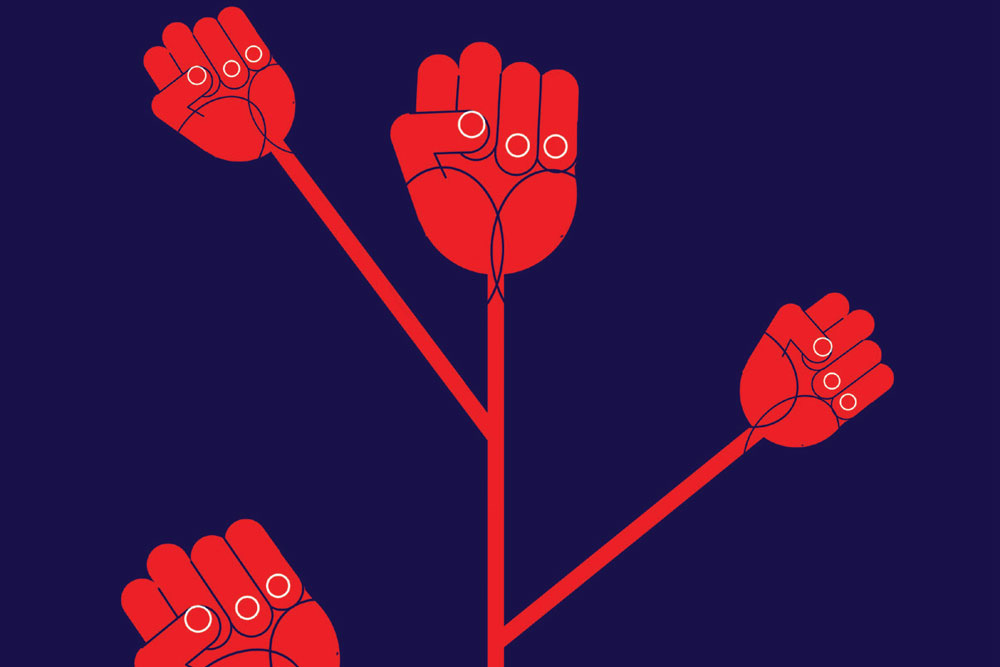 
THOSE BOOKS WERE like memorial services, and you came out of them saddened, hopeless. In the evolutionary history of systemic salvation, democracy too was bound to die, but how! The last gasps of the system, the one that made freedom a collective choice in a world where proto-potentates still lurked in the shadows, were too ungainly to behold. Those who were feasting on the remains of a lofty idea resembled bad characters out of a comic strip: demagogues in the loose garment of legitimacy; autocrats plotting against institutions; nativists with an agenda of a culturally unipolar homeland; the last defenders of patriotism…The all-encompassing word we used to describe them was ‘populists’. Their ascendency coincided with the crack-up in the liberal order and the swelling resentment of those who were let down—or even abandoned—by the Establishment, no matter Left or Right. The rupture marked a journey back to the shrunken space of simulated nationhood. We read it all in dread.

Two events heralded the unravelling as captured in hastily written histories of the present: the Brexit referendum and the election of Donald Trump. The first sought to restore the Kingdom, and to take back control of destiny in an age of rootless cosmopolitanism. The native struck back. The second, more vaudeville than an uprising, sought to restore the greatness of a superpower battered to submission by its ruling elite. The performer ran away with the props. The decline, and the impending death, of democracy spawned a literary boom, matched only by the profusion of post-Cold War scholarship.

A world reborn in the dying embers of democracy was interpreted for us with a great deal of alarmism, overwhelming pessimism, and, at times, with a tinge of contempt (See, the People!). We read through ‘somewhere’ people reclaiming home from ‘nowhere’ people; liberals, forsaking power for the romance of grievance, retreating to the comforting holes of identity politics; the virtues of epistocracy (Rule, the Lofty Ones!) after the useful redundancy of democracy; and how democracies died in the hands of those who owed their power to democracy. The arguments were built on the political chaos in America and elsewhere in the West, but they were easily translatable wherever ‘liberators’, even if elected by fake democracies, gained easy access to the popular mind.

Among the few that stood out in this sudden burst of enlightenment was a slim volume, What Is Populism? by Jan-Werner Müller, a professor of politics at Princeton. His was a clarifying argument, written with the same kind of epigrammatic lucidity I would find in the little book of liberal crack-up written by another academic named Mark Lilla, when the word populism was on the verge of becoming a cliché. The word was there before, and in its earlier avatar, in the Sixties, it was used to explain mass mobilisations in communist states and the liberated Third World. Populism, wrote Müller, “is not anything like a codified doctrine, but it is a set of distinct claims and has what one might call an inner logic…Populism is something like a permanent shadow of modern representative democracy, and a constant peril.” It’s not the end of democracy.


What matters most is not the divinity of elections but the dignity of winning as well as losing. Subversives are within the system, and they can be brought to democratic accountability only if we institutionalise the three cheers for democracy: liberty, equality and uncertainty. Don’t be irrationally optimistic; don’t abandon hope either, Jan-Werner Müller tells us

Müller is back with an equally compelling argument. In Democracy Rules (Allen Lane, 256 pages, `999) he defends a damaged system, and he asks us, as lucidly as ever, to remain hopeful in spite of the populist, the type he explained for us in his previous book. This is not exactly a rejoinder to the prophets of end-ism; it is a reaffirmation of an idea whose time has not passed, even as it is under the assault of those who rule by banking on authenticity, by dividing the people between the ‘real’ and the culturally incompatible. Populism has created fake democracies in which politics is polarisation, and victory guarantees the winner the sole ownership of “the will of the people”. As Müller writes, “What marks the difference between the populist and the non-populist politician is that the latter treats a conception of ‘the people’ as effectively a fallible proposition, a hypothesis, so to speak, that can be rejected (at least temporarily) at the ballot box. By contrast, the populist politician not only always already knows the uniquely correct answer to the query ‘who are the people?’; he also treats that answer as if it were a given, indisputable fact (which he just uniquely happens to know).” Fake democracies have bred liberal pessimism about the future of democracy itself. We need to know the nature of democracy first, Müller says.

Maybe we need preservatives to keep it safe. Liberty and equality are old virtues, but as populists expand their ownership of “the popular will”, we cannot take them for granted any longer, certainly the idea of equality. In the politics of polarisation, some people are less equal than others: “Not all citizens are the real people; rather, some people do not belong at all or are at best second-class citizens.” The question that still waits for an answer in (real) democracies is: Can a blending of liberty and equality, if ever possible, result in equal influence? Democracies have to live with the tension between the two ideals, especially when the much-glorified term ‘representative democracy’ itself is a contradiction. Both elections and representations are not the supreme manifestations of democracy. They are democracy-neutral.

Redemption is still possible if we add ‘uncertainty’ to the two other ideals of democracy. Political outcomes, as Müller says, have to be uncertain: “On a very basic level democracy makes no sense without the possibility of people at least sometimes changing their minds, and that includes changing their minds about democracy and how it’s realised through particular rules at any given point.” It happens only in democracies where losing itself is a noble democratic art. “A democratic election is not a one-off aggregation of preferences but the end point of an extended process of citizens’ engaging one another, as a result of which losers can also understand themselves at least somewhat as the authors of the collective outcome.” In sustainable democracies, the opposition is not ‘losers’—or the enemy. Dissent doesn’t offend. To lose is not to become powerless either.

The real threat to democracy comes from its weakening infrastructure: the party system and media. The latter, in terms of noise and volume, is dominated by the unprofessionally generated content of social media. Fragmentation in the public square adds to the shrillness of those who seek to monopolise the democratic mind space. It makes the divisions starker. What matters most is not the divinity of elections but the dignity of winning as well as losing. Subversives are within the system, and they can be brought to democratic accountability only if we institutionalise the three cheers for democracy: liberty, equality and uncertainty. Don’t be irrationally optimistic; don’t abandon hope either, Müller tells us. As everyone, whether the progressive or the populist, is wailing over the lost Arcadia, it is good advice.