‘There’s Much More to Life than Sport’ 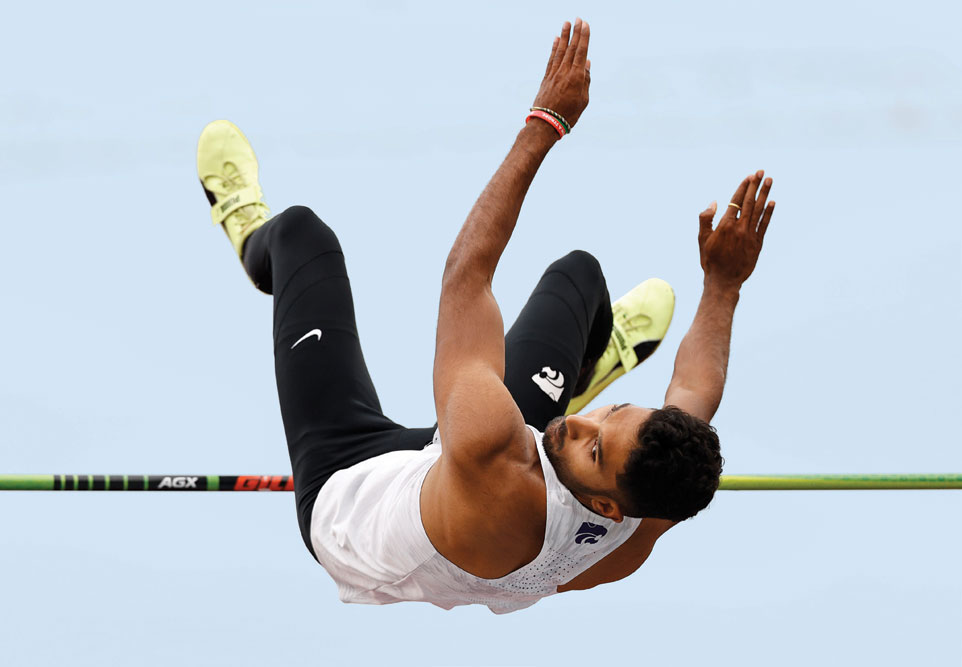 
WITH WORLD MENTAL Health Day on October 10, it was pertinent to talk to an athlete who is one of the great success stories from the Commonwealth Games (CWG) and has also grappled with mental health chal­lenges. And yet, those challenges are hardly document­ed and we haven’t asked this question: If he were not suc­cessful, would we have spoken about Tejaswin Shankar, India’s best high jumper and CWG bronze medallist?

Tejaswin is an atypical athlete. He speaks outstanding­ly well, works for Deloitte in the US, is happy to experi­ment and fail, and is living life on his terms.

You are now a success story. But till five days before CWG, you weren’t sure if you were going to Birmingham. What does such uncertainty do to an athlete?

I don’t want to sugarcoat it and so I will say this: it wasn’t easy. I was finding it very hard. Anyone would. Ahead of a mega event, athletes focus on the event, how to perform; and yet in my case I was wondering if I was at all going to Birmingham. One day, I was going and the next day I wasn’t going, and trust me it wasn’t easy in any way. Now, when I look back and the story had a happy ending, it all seems fine but at the time it was very difficult for me.

How did you deal with it? It was difficult for sure and in mental health terms, it can have a lasting impact on an athlete.

Yes, it can. I remember that on July 25, just three days before CWG started, it was my grandmother’s birthday and in normal circumstances we would all be happy celebrating her 84th. Not so on that day. This was all the more so because we are a closely knit family. On that day, when she saw me, she was unhappy. She could sense I was tense and said something like this shouldn’t happen to anyone. Like I just said to you, it was hugely challeng­ing. How do you deal with such uncertainty that’s not even in your hands? How can you rein in your mind in such a situation?

And then to go on and win a medal, it was quite something.

Again, if I told you that winning a medal was on my mind when I went into the stadium, I would be lying. All I was saying to myself was that I shouldn’t make a fool of myself. This was my biggest opportunity and I just had to put on a show. I couldn’t fail, for if I did you could imagine what I would be subjected to back home. Now that’s the most difficult thing for an athlete. I wasn’t happy while competing. Never did I think of adding to the team’s medal tally. It was all about doing something respect­able. And when it finally happened and I won the bronze, it was something unbelievable. I can’t actually express what I was going through.

You won the bronze on countback. Can you recount the moment for me and what was going on in your mind?

I am not one of those who wish negative things for an opponent. Never have I done so. CWG was perhaps the one time where I was praying that Donald [Thomas] failed the 2.22m and I got the bronze. I was actually praying. And when it happened, it was joy and relief all merged into one. That I hadn’t failed was the most important thing for me.

Since coming back, you have been much celebrated. And I am sure funding isn’t going to be an issue now. And yet you decided to go to the US and take up a corporate job rather than a full-time sport career. Can you explain this career choice?

I’m glad you asked this question. When I decided to take up the job, a lot of my friends asked me why. Even my coach said I should perhaps concentrate on a full-time sport career. My mother, too, was curious about my choice. But you know what I am: one of those people who will inevitably do the thing that others feel can’t be done. I am not saying I will be successful every time. All I am saying is that I will definitely try. I want to try and then fail and not just give up without trying. The job was one such. Few have tried this model. And if I am successful, I am sure there will be many in future who will do this. As a result, for me it wasn’t a hard choice. I wanted to take up the challenge and I can tell you it is working well so far. I have settled into a routine, I train for 45-50 hours every week and I am enjoying the process. My life isn’t that of a conventional athlete. Juniors to seniors to internation­al competitions, that’s not my life. And the fact that there are alternate models is the most important thing that I have discovered and that’s what I am trying to do.


I train for 45-50 hours every week and I am enjoying the process. My life isn’t that of a conventional athlete. The fact that there are alternate models is the most important thing that I have discovered, says Tejaswin Shankar, athlete

It’s interesting you say that because unless you try to break the rules, how do you know there are other ways to success? And sport teaches us that it’s okay to fail. Not everything has to have a happy ending. We are human. We can and will fail.

Absolutely. And the index of success is also very different for different people. For some it will be medals at every stage of their sporting career. For me, that’s not the case. I am happy to have a better balance in my life. There is so much more than sport. I love my job, love competing, love doing what I do and want to live life on my terms and also fail on my terms. That’s all I can say really!

Finally, I want to ask you how important your educa­tion in the US was, your stint in Kansas, being part of the US education system where NCAA, for example, always throws up a new champion. I am talking about the synergy between sport and education.

I consider myself fortunate that I was given this opportunity. I have seen world-champion athletes in bars have a beer, train regularly and relax as well. I see them every day. Unlike other athletes who only encounter these legends at international competitions, I have encountered them very differently. And that’s what this US stint enabled me to do. And trust me, it makes a huge difference.