The Wages of Appeasement

Reclaiming temples in a new age of Hindu revivalism 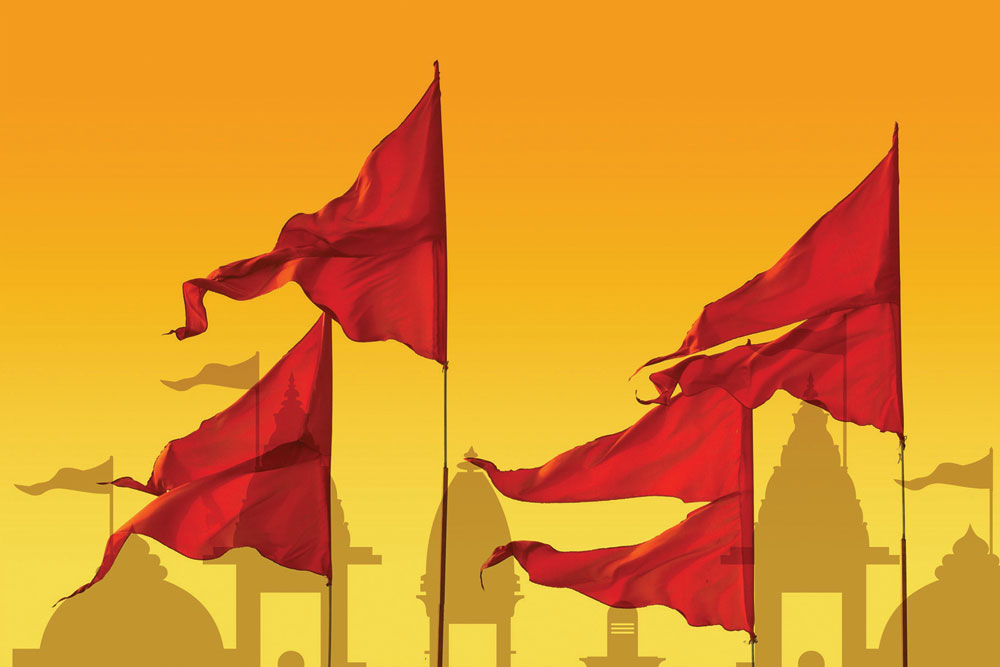 
THE GYANVAPI MOSQUE issue has opened a Pandora’s box. Hindu activists are coming up with more and more evidence to put forth their demands for reclaiming temples that were converted into mosques during the Sultanate period under the Khaljis, Tughlaqs, and Lodhis, and then under Aurangzeb. Not just Mathura, but there are now demands to reclaim even the Qutub Minar, and several other structures.

The history behind this recent spate of mandir wapsi demands is revealing. Very few know that most Muslim leaders were prepared to hand over a large number of such temples-turned-mosques to Hindus after India was partitioned in 1947. The Muslim leaders feared a Hindu backlash as a majority of Indian Muslims stood for the creation of Pakistan and therefore carried the guilt on their heads once the nation was divided and they were left behind. An ideal course for the Congress leadership would have been to reclaim at least Ayodhya, Kashi and Mathura to restore the wounded pride of Hindus and strike a perfect balance. It would have been an ideal solution against the list of roughly 30,000 such places being touted by the Hindu nationalists.

Instead, Jawaharlal Nehru even opposed the revival of the Somnath temple and also brought the Places of Worship Act that froze all such places in the country, including Ayodhya, Kashi and Mathura. The Act was amended in 1992 to exclude Ayodhya and was flawed from the beginning as it refused to right a historical wrong for the Hindus—it did not restore at least the three places of worship (Ayodhya, Kashi and Mathura)—against thousands and lakhs of temples demolished by Muslim invaders in the medieval period. This was purely due to Congress’ Muslim appeasement policies.

What many do not know is that the Muslim appeasement policies followed by Congress after 1947 and even after granting Pakistan to Muslims, were rooted in Part II of the Muslim League’s 1940 Pakistan Resolution. That resolution had two parts. The first one demanded a separate nation for Indian Muslims, and the second part sought preferential terms in the context of how those Muslims who were left behind in India after Partition would be treated by the Indian nation. Congress followed Part II of the Pakistan Resolution, which in turn resulted in not only the failure to enact a Uniform Civil Code but an abject surrender on the part of the nation to the most communal sentiments of the Muslim street, from the Hindu code Bills to the Shah Bano case to even the Citizenship (Amendment) Act protests. This fostered separatist thoughts in Indian Muslims instead of bringing them into the mainstream, and in turn, created hatred in the minds of a section of ultra-nationalist Hindus against the growing pan-Islamism in the minority community.

Significantly, the insensitivity of the minority community leadership towards Hindu feelings on the issue of temples-turned-mosques has further fuelled anti-Muslim hatred among not just ultra-nationalist Hindus but even among common Hindus, which is now manifesting in demands to reclaim such places. The mandir-masjid issue is almost four decades old having started with the Ayodhya movement, but there is not a single Muslim leader of note who has apologised to the majority community for the atrocities committed on them by Muslim invaders during the medieval period. On the contrary, a vast majority of Muslims are in a state of denial on this, taking cover behind the works of leftist historians like Romila Thapar which rationalise temple destruction in the medieval period.

Muslim leaders even deify Aurangzeb and other iconoclasts. Self-introspection by contending sides is the essence of religious reconciliation. But there is hardly any self-introspection in the Muslim community. It would have been good for the Indian minority community and its leaders had they taken inspiration from the public apology offered by Pope John Paul II to the Jews in 2000 for the atrocities committed on them by Roman Catholics over the past 2,000 years.


How justified are mandir wapsi demands now? Clearly, it’s becoming a dangerous path to tread. I think any figure from three to 10 should be enough for a compromise in place of the list of roughly 30,000

In his report on the 1953 anti-Ahmadiyya riots in Pakistan, late Justice Muhammad Munir (former chief justice of Pakistan) had quoted Jamaat-e-Islami founder Abul A’la Al-Maududi saying that Hindus and other non-Muslims should be treated as second-class citizens in Pakistan, and in turn, he would have no objection to Indian Muslims being treated as second-class citizens by India. Later, Maududi tried to retract but still, he conceded that he would have no objection to India treating its Muslims in whatever way it wanted after Partition. A majority of Indian Muslims have conveniently forgotten these statements of top Islamic leaders like Maududi, who command a high position in the Wahhabi world, even as they manufacture Muslim victimhood theories as part of their pan-Islamist agenda.

Ironically, Maududi was originally from Aurangabad and a Mojahir who went to Pakistan after Partition and was one of the most important figures in the global Wahhabi movement. Opposed to both secularism and nationalism, Maududi became the first recipient of Saudi Arabia’s King Faisal Prize in 1979 and only the second person in history whose absentee funeral was observed at the Kaaba after King Ashama ibn-Abjar.

Keeping in mind the history, how justified are a series of mandir wapsi demands now? Clearly, it’s becoming a dangerous path to tread given the dark hints of anarchy it throws up. I think any figure from three to 10 such places of worship should be enough for a compromise in place of the list of roughly 30,000. India is witnessing a high trajectory of growth across sectors. Its economy is growing at a fast clip, along with its image, at the global level.

India has stolen a march even over many developed countries in certain areas, such as climate change, in which it is almost a world leader now. It was one of the only five nations to first manufacture anti-Covid vaccines. Its forays into making a mark at the global level by leadership through science and technology, use of soft power as symbolised by the International Day of Yoga, cutting-edge diplomacy and, of course, through economic measures, are being appreciated by the world. India’s digitalisation programme covering government services and a population of 1.3 billion has won recognition from all corners of the world. Muslims also have to be made partners in this growth trajectory.

Uday Mahurkar
Uday Mahurkar, information commissioner at the Central Information Commission, is the co-author of Veer Savarkar: The Man Who Could Have Prevented Partition

The Wages of Appeasement

The Restoration of Savarkar