In praise of the extra-existential god 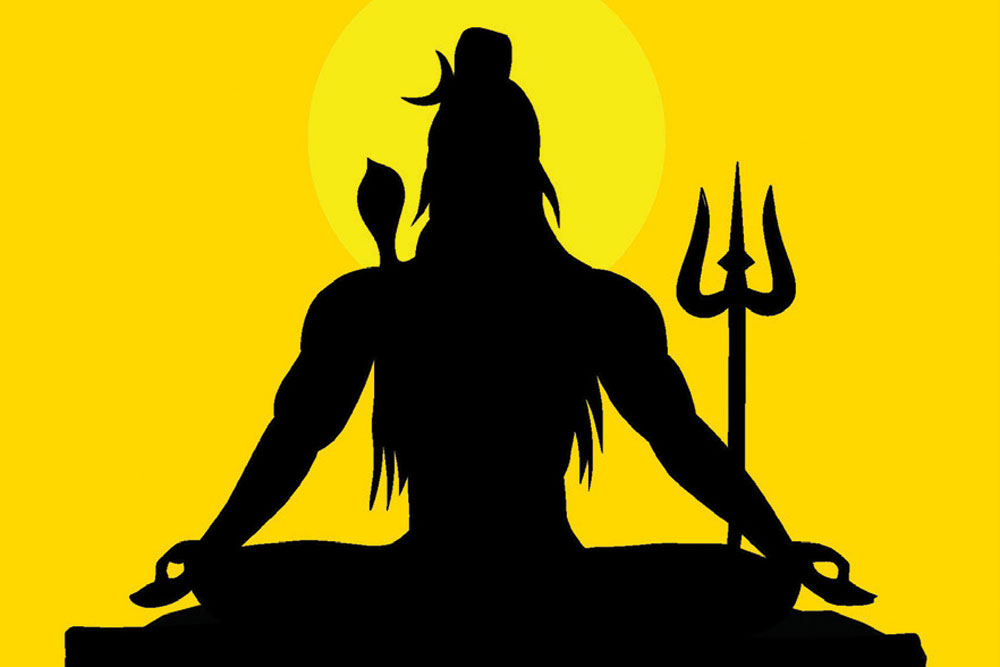 
UPAMANYU CONTINUED, “This universe, with its mobile and immobile entities, is a form of the lord of devas. Because of the weight of Pashas, Pashus do not know this. Maharshis do not know about his supreme nature, which is without a second. Therefore, though he is one, they speak of him in many ways. Some say that his atman is the brahman. Others say that he is beyond the brahman. Some speak of Mahadeva as supreme, without beginning, and without death. He is spoken of as the cause behind elements and senses and as Pradhana, with his atman in material objects. The word brahman is used because it is large and because it expands. [The word brihat (large) is based on a verbal root that indicates expansion and extension.] Some say that Isha has the forms of Vidya and Avidya. It is said that Vidya has consciousness and Avidya lacks consciousness. Both Vidya and Avidya exist in the universe and both belong to the guru of the universe. Since the universe is under his control, there is no doubt that the universe is his form. Some say that his form is the one that causes confusion. Others know that Sharva’s form is beyond this. In this way, one expends one’s intelligence and speaks a lot, causing confusion. Those who know say that his true form is beyond Vidya. His tattva is spoken of as supreme, without a second. Those who speak about the Vedas say that anything contrary is not true. Since he is the lord of both, Shiva is described as the lord of the existent and the non-existent. He is said to be Kshara [perishable] and Akshara [imperishable]. There are those who say he is beyond notions of Kshara and Akshara. All beings are Kshara. The one who is immovable is spoken of as Akshara. Since both are under his control, both are Paramesha’s forms. The serene Shiva is beyond them. He is spoken of as being beyond Kshara and Akshara. He has individual and collective forms. But he is the cause behind the individual and the collective. Some sages say that Shiva is the supreme cause. Some say that the collective is not manifest and that the individual is manifest. Since these function according to Paramesha’s will, they are indeed his forms. But since he is their cause, Shiva is also the supreme cause. Those who know about the meaning of the word cause say that he is the cause behind the collective and the individual.”


Shiva presides over the universe, mobile and immobile. He is remembered as the one who possesses every kind of form. When one knows Sharva, one is not deluded

“Some say that Ishvara’s form is manifest in a jati. [Jati is a form of existence, determined by birth.] Whatever is inherent in the lump that is a body is said to be jati. Depending on its conduct, the individual assumes the form of a lump that is jati. Whatever jati becomes manifest, this is because his command is being followed. Therefore, Mahadeva is spoken of as the individual, manifest in the form of jati. Some speak of Shiva’s atman as Kala, manifest in the form of Pradhana and Purusha. Pradhana is said to be Prakriti and Purusha is kshetrajna. The learned speak of 23 manifest tattvas. Kala is the cause behind the creation of the universe and also the universe coming to a conclusion. Isha is the lord, the creator, the one who activates, and the one who withdraws. He is his own ruler and he is the cause behind appearance and disappearance. He is without birth. Thus, Pradhana, Purusha, the manifest, and Kala are his own forms. He is their creator and is spoken of as Maheshvara. Some speak of Isha as the atman of Virat and Hiranyagarbha. Hiranyagarbha is the cause behind the worlds and Virat is the atman of the universe. Others say that Shiva is the supreme and wise one who is within. There are others who speak of him as the atman in wisdom, energy, and the universe. There are others who speak of him as the state of turiya [the fourth state of being]. There are others who hold the view that he is the one who measures, he is the measurement and he is the one who is measured. Others say he is the doer, the act, the effect, the instrument, and the cause. There are others who speak of him as the atman in the states of being awake, dreaming, and sleeping. Some say he is turiya, beyond these. Some say he is beyond turiya. Some say he is devoid of gunas. There are others who know him as the supreme one who possesses gunas. Some say he moves around in samsara, while others say he is beyond samsara. Some speak of him as self-ruling, others know him to be beyond notions of self-ruling. Some speak of him as terrible, while others describe him as amiable. Some say he possesses attachment, others say he is devoid of attachment. Some say he is active, other people say he is not active. Some say he possesses senses, others say he is devoid of senses. Some speak of him as stable, while others say that he is not stable. Some say he possesses forms, others know him as the one without forms. Some say he cannot be seen, others know him as one who can be seen. Some say he can be spoken about, others hold that he is beyond words. Some say he can be expressed in words, others have the view that he is beyond the usage of words. Some say he possesses thoughts, others hold that he is devoid of thoughts. Some hold jnana to be his atman. Others say that he is vijnana. Some say he can be known, while others say he can never be known. In this way, one has conceived of Parameshthi’s true nature. Because of their different conceptions and beliefs, sages are unable to grasp his true nature. There are those who seek refuge with Parameshvara, with every kind of sentiment. Without effort, they get to know Shiva, the supreme cause. Isha is the ancient being who rules over the worlds. Until a Pashu sees him, he suffers miseries in the bonds of Pasha and like the rim of a wheel, is whirled around in samsara. Isha is the creator, golden in complexion. He is Purusha, Brahma’s origin. He is the one who should be beheld. When a person sees him, through that knowledge, he is purged of good and bad deeds and without any blemishes, obtains union with the supreme.”

“As a result of atoms [the word used is anu], action, maya, Prakriti, intelligence, and ahamkara, Shiva suffers from no bonds. Nor are there any bonds that result from the mind or the senses. There are never any bonds on account of the tanmatras [the subtle elements], or the elements. The infinitely energetic Shambhu has no attachment or hatred. He has no occupation. Notions of being skilled or unskilled do not apply to him. The adverse effects of karma and the fruits of happiness and misery do not apply to him. He has no hopes, no relationships, no samskaras, and no karma. Objects of pleasure and association with objects of pleasure have no meaning. He is beyond the conception of the three periods of time. He has no cause, nor anyone who makes him do anything. He has no beginning, middle or end. He has no act, cause, instrument or effect. He has no relatives. Nor does he not have relatives. There is no one who urges him or controls him. He has no lord, guru, or protector. There is no one who is his superior or equal. He has no birth or death. He desires nothing, nor does he not desire anything. He is not subject to any norms or restraints. He has no emancipation, nor bondage. Nothing inauspicious ever flows from him. Since he is Shiva, the paramatman, everything auspicious is in him. Through his own Shaktis, Shiva presides over everything. He is established and never deviates from his own nature. Therefore, he is spoken of as Sthanu. Shiva presides over the universe, mobile and immobile. He is remembered as the one who possesses every kind of form. When one knows Sharva, one is not deluded.”

“He is the great being who is beyond existence. He is Bhagavan, with golden arms. He is Ishvara, the lord of gold. He is Ishana, Ambika’s consort. He is the wielder of Pinaka, who rides on a bull. Rudra is one and he is the supreme brahman. He is the being who is dark and tawny. He is the one who should be sought out inside the body and within the heart, as minute as the tip of a hair, with golden hair, eyes like lotuses, and a coppery-red complexion. He is the divinity who moves around, blue in the throat and golden all over. He is gentle and amiable and a mixture of both. He is Akshara, amrita, and without decay. He is the special and supreme being, Bhagavan, who destroyed death. He is free from notions of sentient and non-sentient and prapancha [the visible universe]. He is greater than the greatest.”