Why India does not see US-style presidential debates 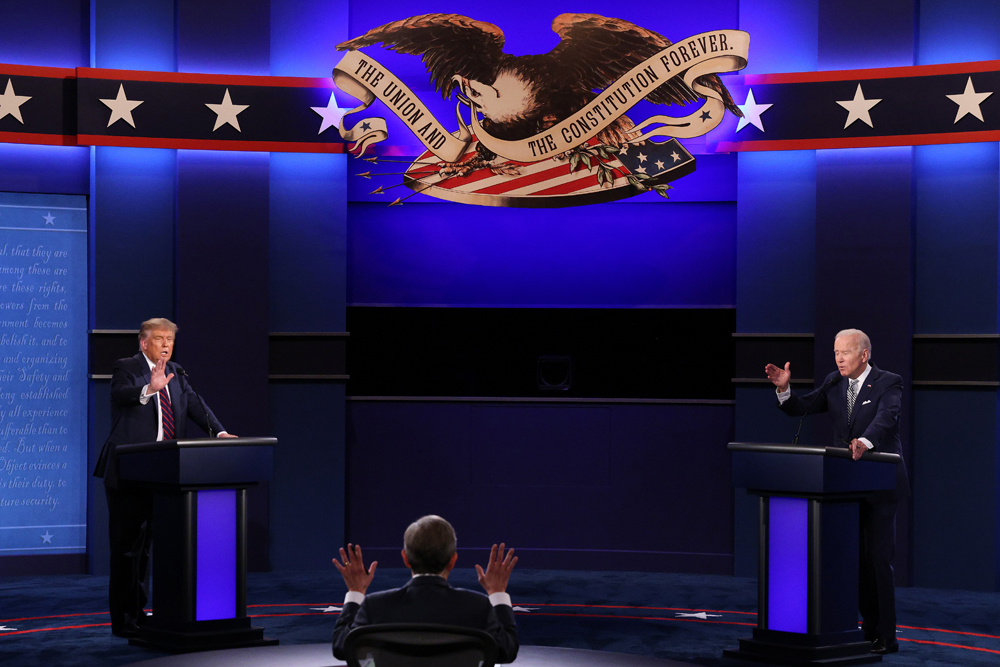 
EARLY MORNING ON September 30th, as US President Donald Trump slugged it out with challenger Joe Biden in the full glare of his country and the world, it was evident why India would never see a debate of that sort anytime soon. Over there, the debate tells the electorate—mostly the undecideds who occupy the middle—just who are on offer. There was the aged, fragile but poised Biden being bullied by a pugnacious Trump and voters could decide exactly what kind of country they looked forward to. Which persona wins depends on their wisdom but both have equal chances of coming out with more votes than they went in. In India, that is not true.
Take Narendra Modi. Before he became Prime Minister, in the lead up to the 2014 elections, he was asking Manmohan Singh for an open debate and was met with stoic silence. Just before the 2019 election, it was Rahul Gandhi who was asking Modi to have a debate with him and this time it was Modi’s turn to ignore him. It is easy to guess why even if he is a better orator.

Indians, essentially, look at their prime ministers as kings and the politicians know it. For a king to enter into a debate is to demote himself to being prime minister. He is giving his challenger legitimacy as a successor king. It makes them look equal and how is that a good idea before an election. What does a sitting prime minster stand to gain by openly exposing himself to hostile questions and accusations? Enduring it is loss of face. Retaliating in kind is giving up dignity. Any debate will be as being before the worst news anchor in a rigged interview televised in every channel.

And what can he defend either? In India, good policies translate to loss of votes. The latest example are the reforms in the agriculture sector, which gives more freedom for farmers to sell and market produce without taking anything away, but is now seeing widespread agitation by those farmers themselves. Meanwhile, terrible policies like demonetisation, which leaves the economy in tatters, reap a bonanza like the Uttar Pradesh victory. There is no logical defence for all the exigencies of India’s electoral policies. In an open debate, unlike a television interview, refusal to answer a question is no escape and repeated attempts at it signifies weakness—God, as it is said, cannot bleed. Plus, with anti-incumbency, the main reason why parties lose power, there is nothing that a prime minister can say that can be an answer to the voters’ boredom.

The only reason for a sitting prime minister to be ready for a debate is if popularity has sunk so badly that the election is almost lost and the only option is to use the debate to pull a miracle out. Until then, the subjects must only be given as much as that they are ready for. They don’t really mind. When they have decided they need another king, it is not a debate that they base their decision on.