×
Columns | ELEPHANT IN THE ROOM

Can the magic realism of birds bring peace to Colombia? 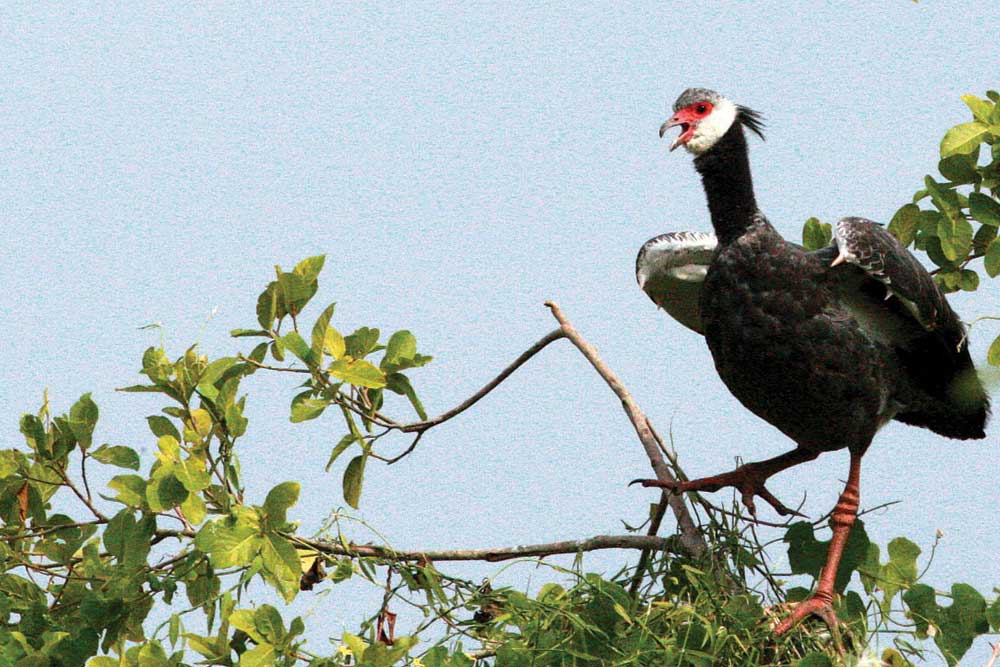 ONLY FOUR MONTHS have passed since a puritanically white-clad handshake gave Colombians new hope. There is no surprise that President Santos wore white, for that is a politician’s garb, but when the bearded rebel leader Timochenko gave up his fatigues and even his leisure time favourite, the baseball cap, and donned white in Cartagena, I started looking at Colombia with new eyes.

‘The curlews pecked out our eyes,’ wrote Marquez in The Night of the Curlews. It was time to see if the nation state that had for 50 years been the last vanguard of the four great narcotics of our time—coffee and cocaine, Marx and Marquez—was ready to open its eyes to a new world. And thus, I go searching for peace and curlews to its very heart, Antioquia. I have to begin in the capital, Medellín, that I had known previously only for Escobar and boob jobs. The Medellín Cartel is passé it seems, and painting large murals on its walls is the new revolution.’Si! Si! Si!,’ the walls sing in graffiti. The referendum for peace has got a head start, clearly. I venture further inland, to Timochenko’s old haunt, the Magdalena Bloc. Armed with Marquez and my binoculars, it is time to look at the country through a new lens. I choose birds. “Makes sense,” Stuart Pimm, the legendary theoretical ecologist who specialises in biodiversity, advises me, “It is simply the most bio-diverse country in the world, at least if you look at birds.”

We start out in a small aluminium vessel. Eight thousand grey-breasted martins, little relatives of swallows, line up to see us off. I can imagine no other reason for so many birds to pack themselves shoulder to shoulder on the overhead electricity lines of the provincial town of Puerto Berrio. They are clearly freshly-strung avian garlands for our send-off. I know their exact number only because the American Bird Conservancy have sent their senior ornithologist Dan Lebbin with us on the trip and he has spent the best part of an hour estimating the number of chirrups coming from overhead. ‘Chirr, chirr, chirr, chirr,’ the birds sing as the outboard motors are turned on. A cloud of saffron finches respond to the motors by taking off like a fistful of colour thrown at Holi. Blue-grey tanagers respond in kind by scattering the other way. We are off, slicing the Magdalena river through the valley that it has carved out for itself between the two Andean cordilleras. For the next hour and a half, I am fooled into believing that we are being led through a cathedral of silence. The Magdalena flows past us mirror-like, guarded every now and then by a grey cocoi heron or a white great egret. Both birds rise noiselessly, on ballerina toes as the boat approaches, careening to the opposite bank in a few languid wing strokes. Terns hover noiselessly looking for fish and yellow-headed vultures glide alongside their black cousins. We are, deliciously unaware, in the eye of an avian storm.

And then, the boat turns into a wide creek that feeds the Barbacoas Lake, and all hell breaks loose. Geese are noisy birds. Screamers, a sort of specialised Latin American goose, are noisier still. For long periods they can remain silent, but when they want to, they can scream. Standing erect on tall, red legs, their red face and white cheek to the sky, they scream in a rising, high-pitched crescendo. “Nobody eats their meat here, for even when they are dead, their skin speaks,” the boatman whispers. An anatomical peculiarity, screamers have air bubbles, a quarter of an inch thick, lining their skin and even when dead, the birds can pop if pressed, sounding much like bubble wrap. But the screamers around us are alive and perched on aquatic reeds, they yelp in delight. From the top of the trees, the howler monkeys respond in kind. Ten more minutes of this and I will rue not bringing along noise cancelling headphones. I take a swig of the aguardiente in my hip flask, the aniseed numbing the sounds a little.

The screamers scream, the howlers howl and yellow- rumped caciques that looked like elongated, painted crows screech and whistle as we pass. A large ringed kingfisher rattles its protest as the boat dislodges it off the branch on which it had been watching the proceedings of fish in the river. Its smaller cousin, the Amazonian kingfisher, scatters more colourfully, its iridescence casting a sheen on the water.

BY NOW, THE boat is getting caught up in the reeds and I can invoke One Hundred Years of Solitude. ‘To the south lay the swamp, which according to what the gypsies said, had no limits…For a week, almost without speaking, they went ahead like sleepwalkers through a universe of grief, lighted only by the tenuous reflection of luminous insects..’ The two boatmen push and tug at the matted vegetation encrusted in birds. Long-toed jacanas skip across the tangled mats, bright yellow- hooded blackbirds cling onto tall reeds like pollen hanging on to stamens under the onslaught of a butterfly’s wings. Purple swamphen cackle in disgust and yellow-chinned spinetails twitter in delicate alarm as we pass by. One man gets out of the vessel and into the swamp waist-deep, for now is no time for niceties. The boat has to be squelched out of the swamp and if the paddles cannot do it, you have to do it manually. José Arcadio Buendia would have done the same. Just when all seems lost, the route is found and the boat sallies into the tropical floodplains of the Barbacoas, bound to El Silencio Reserva, ‘the Reserve of Silence’.

This little privately acquired haven for nature conservation is anything but silent. The baked countryside, a matrix of abandoned ranches and evergreen lowland forests that led to the reserve from the lake is Parrot Land. They take over from the screamers and howlers in gay abandon. Macaws, amazons and parakeets line the skies in twos and threes, herding us along in the sun. Like the crow and the jackdaw in The Birds, the parrots lead us on to the promised avian land of Aristophanes. The largest of them, the blue-and-gold macaw screeches the loudest, a long penetratingly quavering, ‘raaak’. The chestnut-fronted macaw has a raspier, scratchier, ‘kwaak’. In time, I can make out the smaller ones as well. The Blue-headed Parrot has a high pitched, ‘kee-wenk’, the Orange-winged Amazons repeatedly go, ‘keewik-keewik-keewik’ and the Yellow-crowned Amazon a deeper, gratier, ‘kurrow-kurrow’. El Silencio, it most definitely is not.

It seems every single bird in the nation has descended from the heavens to celebrate our entry into the reserve. Being Colombian, is both a delicious, as also a deafening possibility. The country has the highest tally of bird species globally; 1,900 species in one medium-sized hill country dissected by the three cordilleras and its attendant rivers into so many different avian worlds. We walk the few hot kilometres into the field station, immersed in the sounds of El Silencio. The sun scorches the memories of Magdalena from our minds and its water from our bodies. I mount a small horse, unable to bear the dehydration. ‘Raak-raak, keewenk, keewik, kurrow-kurrow,’ the parrots sing in derision.

At the basic, but beautifully located field station run by Fernando and Silvia of the Fundación BioDiversida, we sit like so many dehydrated souls, slurping panellaa (local jaggery-infused water) and discussed avian ecology to forget the heat. Rather incongruously, a plastic green iguana munches on a blood-red hibiscus flower from the bush in front of us. A red-billed emerald hummingbird twitters courtesies from the same bush. A similar clicking twitter from the other bush is not a bird but a butterfly rapidly opening and closing its wings to create a new melody. Even the lilliputians at El Silencio have their own chorus.

Birds can bring peace. Mike Tyson found peace from his raging hormones in raising pigeons. Can Colombia listen to its birds and experience the same? ‘The tiger is dead,’ Marquez had once written, ‘but are we still afraid of the skin?’ The rebels have surrendered but can the country rid itself of its hallucinations? Si.Si. The graffiti in Medellin reminds me. ‘Raak-raak, keewenk and keewik’.