Tantric approaches to a misinterpreted goddess 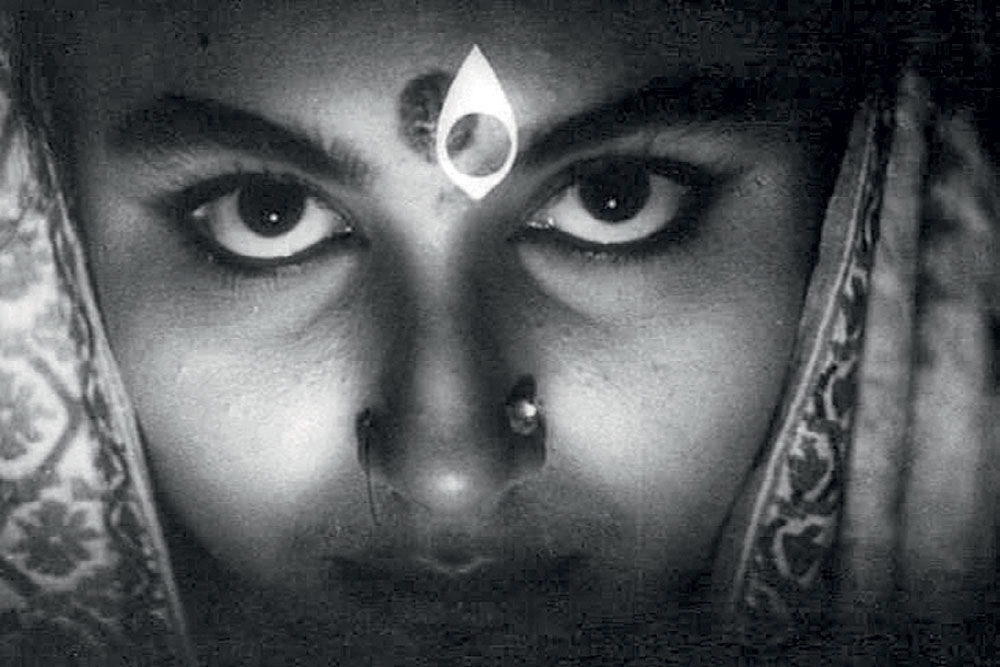 
A FEW YEARS AGO, an invitation to IIT Guwahati allowed me to fulfil two long held ambitions. One was to go to Kaziranga (which was even more magical than I had hoped), and the other was to visit the Kamakhya temple. The underground part of this Shaktipeeth has an uncanny atmosphere, what could be called an energy, something I’ve experienced rarely, most strongly at the Dome of the Rock in Jerusalem. Although I had earlier read about the legends associated with the temple and the Mother Goddess Kamakhya, I realised that my elementary knowledge of tantra and its history was hampering a fuller appreciation of both.

Tantra is not widely understood, partly because of its esoteric nature but mainly because its ‘left-handed’ features include forms that are now considered taboo –– from animal sacrifice to rituals performed in cemeteries. It is rarely discussed openly in India, probably also because of the centuries of Western misinterpretations, from ‘Thuggee’ to ‘tantric sex’. The current exhibition at the British Museum (open before lockdown in London kicked in) seemed a great chance to explore the wealth of tantric culture.

‘Tantra: Enlightenment to Revolution’ is a superb show, curated by Imma Ramos, who also wrote the lavishly illustrated catalogue. The exhibition is organised chronologically, making the growth, spread, and subsequent developments and (mis)interpretations of tantra clear.
The exhibition does not shy away from elements of tantra which may be shocking, such as the ritual use of human bones, but it shows clearly that tantra is a deep and sophisticated tradition with an astoundingly rich visual culture. We also learn how tantra has moved from the fringes of society to pervade Indian religion today, particularly in the rise of Shakti (female power) and the Devi.

Tantra begins with texts from around 500 CE, which set it apart from the orthodox shruti (Vedas) and smriti (shastras, etcetera), detailing new rituals, duties and beliefs, to give the practitioner more powers (siddhis), to take pleasure in the world (bhoga), to achieve liberation. The deity is mostly Shaiva, though there are others, including Vaishnava tantrics (the Pancaratras), while Buddhist tantrism, namely the Vajrayana, developed from the 7th century.

These esoteric texts, mantras and mandalas, were used by Shaiva ascetics who worshipped Bhairava, a tantric form of Shiva, whose image sculpted in stone is among the oldest exhibits, many from what is now Karnataka and Tamil Nadu, where his temples spread under the Cholas. An image of Karaikal Ammaiyar from the 13th century, one of the three female Nayanars, Tamil poet saints who combine bhakti and tantra, looks to the untrained eye like a piece of modern art.

A major feature of tantra is the rise of fierce female goddesses. The Devi Mahatmya (400-600 CE) narrates the deeds of Durga, including her most famous battle as Mahishasuramardini, the killer of the Buffalo Demon. She is closely associated with kings across India, including those of Kashmir and Odisha, who built temples to her and other goddesses as a means of acquiring shakti (power) for themselves.

Other fierce goddesses include the Matrikas, who are the shaktis of the gods, apart from Chamunda, who burst from Durga’s forehead. The cult of the yoginis was seen in open circular temples and the exhibition has a partial construction of the temple of the 64 yoginis in Hirapur
(900 CE), where we can hear prayers and (almost) see flying yoginis.

Tantra has its own theories of the human body, seeing the subtle body with its chakras (wheels), and nadis (channels) through which energies (such as kundalini) flow, that can be mastered through forms of bodily discipline, notably Hatha Yoga. Some of the most striking paintings are diagrams of the body on loan from the National Museum of India (Delhi), including a series of seven ascending chakras (Rajasthan, early 19th century). Mughal paintings show tantric Nath yogis, interacting with Sufis (bringing to mind images of Nath yogis at the Museum’s ‘Garden and Cosmos’ exhibition in 2009), while alongside works from Bijapur (16th century) of yoginis/ruhanis, there are stunning colourful paintings of Bhairava with animals from Kangra (18th century).

We are then introduced to the spread of Buddhist tantra, Vajrayana, from Tibet in the 8th century, to the Ming Court (14th century China) and on to Japan. While aesthetically beautiful, these artefacts include human remains made into rus gyan or bone aprons in 19th century Tibet, worn by monks and lamas in Cham (masked dance) and other ceremonies.

One of my favourite sections is the room on colonial India, where we meet again the fierce goddesses Chamunda and Kali as Shaktism takes hold in 18th century Bengal.

While Charles ‘Hindoo’ Stewart and his friend Major Edward Moor collected images in the early 19th century, which they gave to the British Museum, there were many misinterpretations of Kali as a ‘demoness’, in particular, linked to the cult of the Thuggee.

However, the gaze was reversed as her power was celebrated, her favourite sacrificial offering said to be white goats.

Here again, the great religious movement, bhakti or loving devotion, meets with tantra in a devotional approach to Kali. Ramprasad Sen (circa 1718-1775), a wandering bard who became court poet of Krishnachandra Ray (1728-82), composed verses to Maa Kali, which form the core of the Shyama Sangeet of Bengali Shaktism.

The richness of images from this time is wonderful. A temple sword, a statue of Kali and the popular prints show a change from terrifying images where she is black to those where she is depicted as gentle and sweet in blue. As with other more abstract depictions, notably of Kali at Kalighat, where she has three red eyes and a gold tongue, these images can be read as tantric or non-tantric as can texts of Ramakrishna Paramahamsa (1836-1886), the priest of the great Dakshineshwar Temple, who is best known through his non-tantric disciple Swami Vivekananda.

More misinterpretations follow as tantra was appropriated by Western counterculture, which is all rather gruesomely embarrassing although I didn’t know that the Rolling Stones’ logo of lips and tongue is meant to represent Kali rather than Jagger. The sexual sculptures seen earlier in the exhibition were long kept in the British Museum’s ‘Secret Museum’ until the 1960s, viewed only by appointment—by men.

There are a few film posters, but we happily gloss over the Thuggees in Indiana Jones and the Temple of Doom (1984), though I missed a loop of the superhit song ‘Jai Maa Kali’ from the Hindi film, Karan Arjun (1995) with a ‘Bollywood’ dance by the superstars Shah Rukh Khan and Salman Khan in this tale of revenge and rebirth. My other favourite is the hit film, Ammoru (1995, Telugu), where an evil tantric tries to sacrifice the devotee of the Mother in a most gory manner. Satyajit Ray’s Devi (1960) is a challenging look at the patriarch’s belief his daughter-in-law is the Devi incarnate and the clash of religious and ‘modern’ ideas leads to tragedy.

Tantra in contemporary India is seen in photographs of ascetics, Aghoris, and paintings, as well as the singing of Parvati Baul. Among this wealth of visual culture, there were two images at the end that stuck with me. These are not devotional images but works of modern art, clearly apart from the religious tradition on which they draw, making us question the contexts and meaning of the religious versus the artistic, the iconic image versus the aesthetic one. Aesthetics and devotion play such a key role in the way we see these images. These are a painting and a sculpture by two British female artists of Indian heritage. One is Sutapa Biswas’ extraordinary painting and collage of Kali, Housewife with Steak Knives (1985), which may or may not be a self-portrait, though the ‘housewife’ has four arms, the left two holding a sword (rather than a steak knife), a severed head (as Kali does), the right has one blessing the other holding a flower and a flag showing Artemisia Gentileschi’s, Judith Slaying Holofernes, a tribute to one of the few great female artists we know from the 17th century, the raped artist portraying a beheading. She is brown, not black, her tongue protruding but wearing a Bandini shirt, with unshaven underarms, and a garland of white male heads, including that of Hitler.

Bharati Kher’s sculpture, And All the While the Benevolent Slept (2008), reworks one of my favourite images, namely Chinnamasta, the goddess of the severed head. There’s an old print in an earlier room where we see the goddess as she’s often portrayed, having beheaded herself, blood flowing into the mouths of two devotees and her own decapitated mouth, as she stands on a couple (Rati and Kama) engaged in tantric (viparita, woman on top) sex. The image shows tantra’s engagement with the simultaneity of sex, life and death.

Kher’s statue is of a squatting headless woman with copper wires coming out of her neck, as she clutches a wooden skull in one hand and a porcelain cup (of tea?) in the other.

I wrote this on Kali Pujo, recalling my visit on that day a couple of years ago to Kalighat, another Shaktipeeth, in Kolkata. It didn’t have the mysterious power of the Kamakhya temple; instead it was joyous, the multitudes of merry devotees creating an atmosphere that was more one of bhakti than tantra. Now after the exhibition—and after Covid—I am yearning to see more of the Shaktipeeths, to learn more about tantric approaches to this much misinterpreted goddess, but will have to start by reading some of the Shyama Sangeet.