What went on backstage in the key reform years 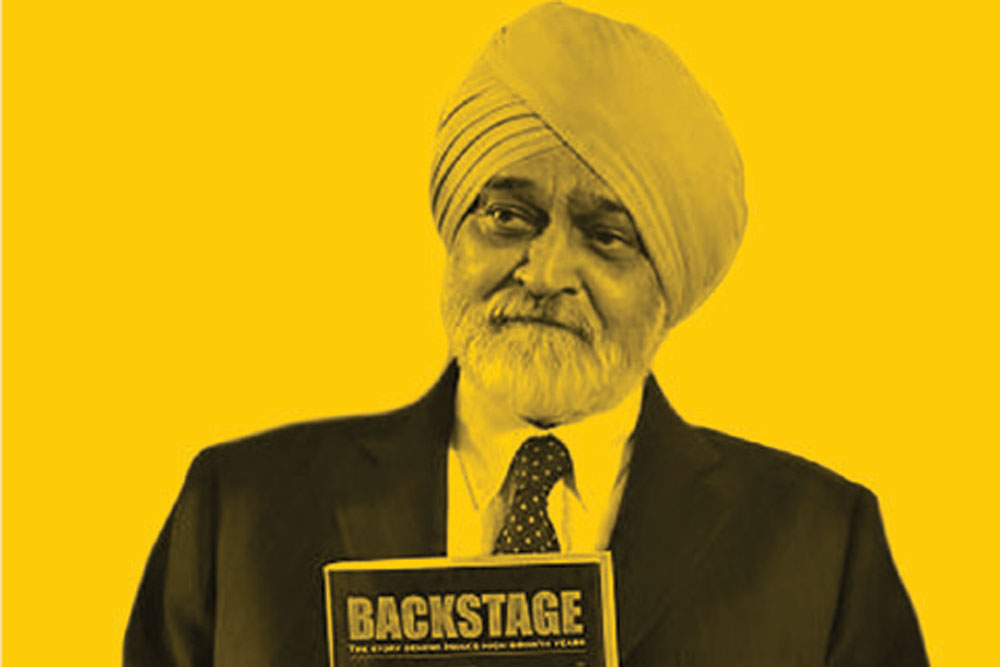 This seems to be the season of books on the history of India’s economic reforms. Often, it’s about conflicting versions of that history—and equally conflicting versions of ownership of key proposals in the 1992 Union Budget. A book by Isher Judge Ahluwalia, former Chairperson of the Indian Council for Research on International Economic Relations (ICRIER) who died recently, has rekindled interest in the subject as well as turned the spotlight on what went on backstage. Her husband, Montek Singh Ahluwalia, then Finance Secretary and the most important public policy official on economic reforms in the Manmohan Singh regime, also released a book—Backstage: The Story behind India’s High Growth Years—recently on the period of key economic reforms. For many of the books on those years, Manmohan Singh, the crucial driver of the reforms, becomes a footnote or is pushed to the margins while the writer himself becomes the protagonist. Now, some of that self-trumpeting is not going uncontested, even the more articulate versions. Arvind Virmani, a close associate of Montek, has now come out in the open with his version of what went on backstage in the key reform years. He maintains: “The 1992 Budget speech included the Dual Exchange Rate proposal that I formulated and gave to the DEA Secretary Montek Ahluwalia in a 10-page note. The note was then sent to the RBI, which worked out the operational details. The final version was worked out in the home of RBI Governor Venkitaramanan, with me and Joint Secretary YV Reddy representing the [Ministry of Finance].” Voila! 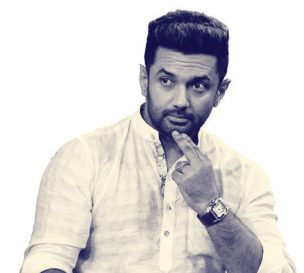 Chirag Paswan, who took over as Lok Janshakti Party (LJP) chief after the death of his father Ram Vilas Paswan, might have chosen the over-the-top option of letting his audience see how dear he held Prime Minister Narendra Modi in his heart. Even as Chirag dropped out of the NDA in Bihar and chose to contest alone, vowing to oust Nitish Kumar and ring in a BJP chief minister, the BJP’s leadership—which launched a multi-pronged attack on him in both Delhi and Patna recently—is actually livid with him for the decision to walk out of the alliance. For sure, some blame Nitish and his refusal to share power and responsibility for Chirag’s decision. But the BJP leadership believes that in offering 15 seats to the LJP and in suggesting that the Janata Dal-United, or JD(U), share 10 other seats with the LJP—a suggestion Nitish outright rejected—it did Chirag more than a favour. Consequently, it disapproves of what it sees as tantrums from the LJP leader, who is considered callow and politically untested by several people in the JD(U). Against this backdrop, a comfortable victory for the NDA in Bihar could mean curtains for Chirag Paswan. His party’s following could well be up for grabs too. A big loss could also be prime real estate in New Delhi where Ram Vilas Paswan had occupied a spacious residence on Janpath for years as minister under various dispensations. The LJP, which suffered a big dip in popularity among its Dalit vote base with the advent of the Bahujan Samaj Party (BSP), has been on the decline since 2005. In 2005, it won 10 Assembly seats. In 2010, that came down to three. And in 2015, the number plunged to two. Even Ram Vilas Paswan, known as an astute leader who understood which way the wind was blowing to effect a seamless switch, openly acknowledged that he could not become a political force in the state on the strength of just votes from the Paswan community. It was this that had dictated his support for the Mandal Commission report as well as other political somersaults in his career. This year’s Bihar election could prove to be the biggest risk the LJP leadership has taken in its existence—especially if voters, notwithstanding Chirag’s claims of loyalty to Narendra Modi, decide to vote directly for Modi’s candidates and his closest allies instead.

The Congress rebel in Rajasthan, Sachin Pilot, and Ghulam Nabi Azad, Leader of the Opposition in Rajya Sabha, have both been added to the list of star campaigners for the Bihar Assembly elections along with party chief Sonia Gandhi, Rahul Gandhi and Priyanka Gandhi Vadra. Azad was among the 23 dissenters who wrote to Sonia Gandhi earlier, demanding a complete overhaul of the party’s organisational structure. Pilot revolted against Rajasthan Chief Minister Ashok Gehlot. The move to include these two in the campaign A-list of 30 is, therefore, seen more as a symbolic act of mollifying them. With the three heavyweights of the Congress’ first family featured high on the list, Azad seems destined to linger near the margins. That the old timer, among others, had already been relegated to the sidelines was evident when the party tasks performed earlier by him were handed over to lightweights such as KC Venugopal. That shift was evident in the last Parliament session when men known to punch much above their political weight were assigned the task of handling the Congress’ parliamentary group in the Upper House. They were at the forefront of leading loud protests in the well of the House. And the leaders who orchestrated these unseemly theatrics now seem to be eyeing the opposition leader’s post that will become vacant when Azad retires early next year. 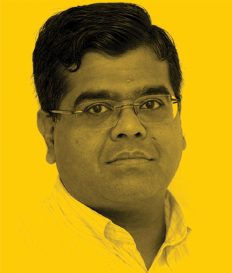 Expenditure Secretary TV Somanathan may not have been a well-known name earlier, but since end-2019—after the 1987 batch officer from the IAS’ Tamil Nadu cadre was appointed to his current post in the finance ministry—his star has been ascending. In March 2015, Somanathan was appointed Joint Secretary in the PMO. Before that, he was Commercial Taxes Commissioner and Principal Secretary in the Tamil Nadu government. When he was raised to expenditure secretary in December last year, the post had been vacant after the appointment of GC Murmu as the first Lieutenant Governor of the Union Territory of Jammu and Kashmir. On October 29th, Murmu relinquished the post of expenditure secretary and Atanu Chakraborty, a 1985 batch IAS officer, was given the additional charge. Somanathan was awarded the gold medal for the best IAS trainee in his batch and has a PhD in economics from the University of Calcutta. A trained chartered accountant (CA), this bureaucrat’s inimitable talents—including those of a CA, CMA and chartered secretary—apparently carry a lot of weight in policy formulations. The good news is that he has five years left in service and is tipped to scale greater heights. 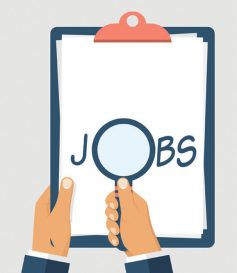 ‘India’s Turning Point: An Economic Agenda to Spur Growth and Jobs’ was a report from the McKinsey Global Institute released in August this year. The widely read document bats heavily for a reform agenda in the next 12-18 months to accommodate 9 crore more workers in non-farm sectors by 2030, especially in the thick of policy decisions that lead to high growth in the manufacturing and construction sectors. In 2017, there was ‘India’s Labour Market: A New Emphasis on Gainful Employment’. McKinsey became the most favoured agency for many establishments. Its policy perspectives became the core ideology for many businesses to ‘rationalise’ their workforce over the years. Thus buoyed, the agency drafted its newsletter to advise on pruning and redeploying staff in major organisations in the capital. The man McKinsey tasked with the job is now wreaking havoc on the job market and being blamed for largescale retrenchments.

Five Myths About How India Votes

First State of the Union 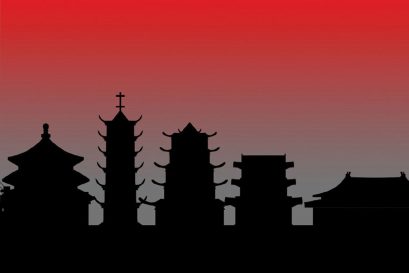 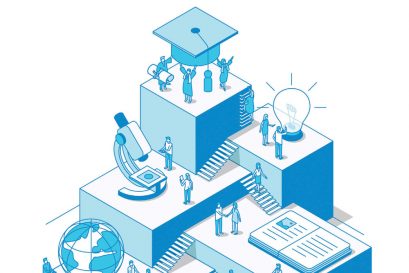 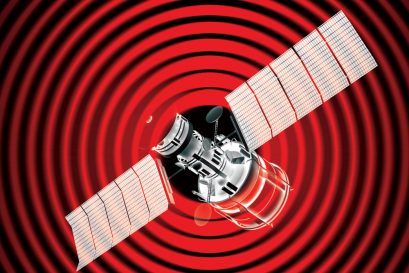