Indian soft power has to travel beyond familiar shores 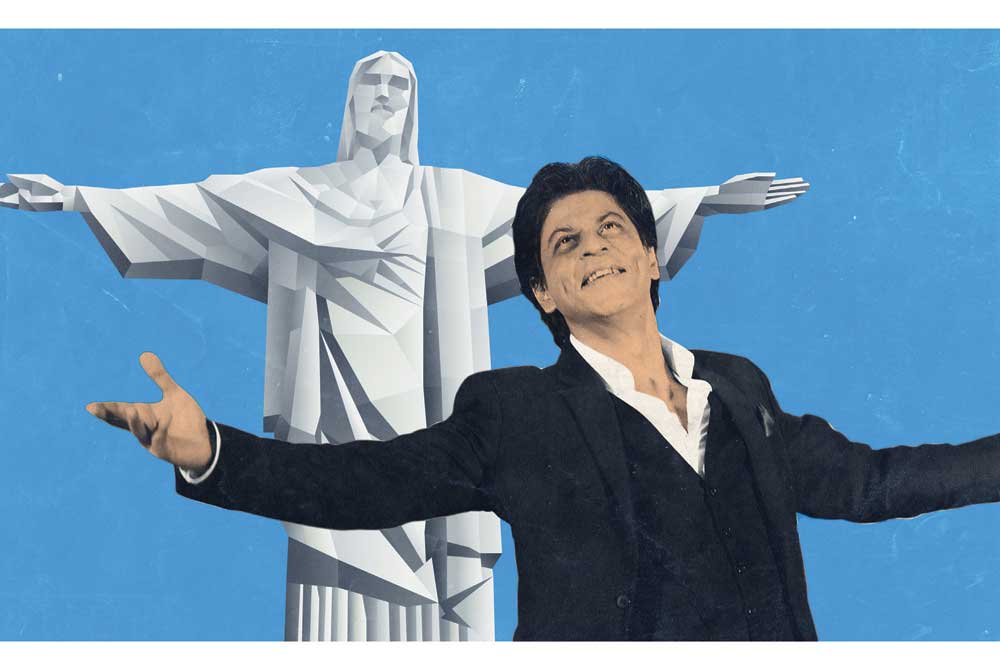 INDIA HAS BEEN on my mind after spending two weeks in Brazil, which I visited for the first time as co-investigator on an AHRC (Arts and Humanities Research Council, UK) Network Grant, ‘Cinema, soft power and the BRICS’, based in the University of Leeds, with colleagues who research Brazilian, Chinese, Russian and South African cinema.

Our conference in Sào Paulo attracted a substantial audience and we spoke about the different BRICS countries and the way they use—or don’t—cinema to represent and brand them.

The BRICS group is not a culturally coherent unit but is an interesting way of thinking about cultural interactions between countries without going through Europe or America. The cultural interchanges vary wildly too. While Indian cinema has been watched in the other four BRICS countries, with Mithun popular in the former USSR and Central Asia, and 3 Idiots a hit in China, it has a limited reach in Brazil.

When I spoke later in the week at the elite Pontifical Catholic University of Minas Gerais, out of an audience of 45, only one had seen an Indian film, namely Baahubali, but they were interested in attending a talk and seeing clips. However, Brazil’s interest in brand Bollywood was seen in Caminho das Índias (‘The Indian Way’), a soap opera made in 2009 which was immensely popular there. Set over the years after Independence, and located in India, Brazil and Dubai, it featured Brazilian actors playing Indians,

Hindi cinema can be seen as a ‘parallel modernity’ (to use Brian Larkin’s term), which has long circulated through Africa and Asia. This cinema shows a modernity which is non-Western that appeals to many audiences that may not know much about India but like passionate romances, family dramas and the conflicts facing the hero who must negotiate between tradition and modernity to find a new way of life and must bring his romantic love into the family. The melodrama features exemplary behaviour by beautiful people who understand that family and duty always come first and that justice will prevail. Even if the ending seems sad as someone has to die, justice is done and the audience left satisfied. Perhaps these films were successful because they promoted India’s strong ethical image, embodied by Gandhi, and its modern political morality, manifested by Nehru.

In the former USSR, the image of the noble poor and the socialist realist message of the 1950s promoted a vision of India that later evolved in depictions of the glamorous worlds of travel and consumption, though still within family values and moral universes. The films may have created a positive view of India, but did this soft power ever achieve anything to promote good relations for trade or other interactions between the countries?

Perhaps no one talked much about soft power in those days. The term was popularised by Joseph Nye in the 1990s when he said that it is ‘the ability to get what you want through attraction rather than through coercion’. He later said at Davos in 2006 that “Indian films with a sprawling audience across Asia, Middle East and Africa, are the cutting edge of the country’s soft power.”

India seems to have little interest in Brazil beyond football, and some interest in dance, rarely using its spectacular scenery in films, apart from Dhoom 2

Post-1991, Bollywood created a brand of cinema, a brand better known than the films themselves. Bollywood plays an important cultural role in the South Asian diaspora but has barely penetrated markets in Europe and North America. The movies still have a limited global audience, but they are one of the few non-Hollywood global cinemas, and the way they imagine, represent and brand India remains important.

India’s film industry is mostly comprised of family-owned businesses. They would like films to reach wider and more lucrative markets, but they focus on the domestic market where successful films make returns of hundreds of crores.

The role of the Indian Government in cooperating with this privately owned industry to promote India’s image overseas is complex. The Government gave it ‘industry’ status almost 20 years ago, supports film festivals, and interacts with it through censorship and certification as well as taxation.

The images that the Government has promoted overseas have changed from the folk and high culture images of the 1982 Festival of India in the UK to a more Bollywood version, seen in London’s 2002 Indian Summer or the closing ceremony of the Melbourne games in 2006 where it projected a Bollywood version of India which was to host the next games. Yet the role of the Government in promoting films might provide another filmic vision of India from that seen in overseas films, such as Slumdog Millionaire. Reactions to this film in India echoed Nargis’ famous protest against the image of India in the films of Satyajit Ray, saying they showed images of poverty rather than of progress—specifically adding they should show dams. Brazil is aware of ‘Brand Bollywood’ which features in Carnaval, perhaps picking up the theme from the soap opera. India seems to have little interest in Brazil beyond football, and some interest in dance, rarely using its spectacular scenery in films, apart from Dhoom 2.

India’s Embassy and consulates promote activities online, even inviting foreign academics to talk at its cultural centre about Bollywood. I had to have a translator into Portuguese as many in the audience were interested in Hindi films but didn’t follow English subtitles.

At times, Brazil had echoes of Goa. I don’t understand Portuguese and little is spoken in Goa, but the buildings and the atmosphere were similar. The UNESCO heritage town of Ouro Preto looked like a mixture of an Indian hill station with Goan buildings.

India’s dense networks of sociality work well in Brazil, where I met several Indians who had intermarried, learnt Portuguese. It usually took about five minutes to find that we were linked across these networks, knowing relatives or other friends. A Diwali lunch with old friends from Delhi in Rio was an added bonus. It made the whole Brazil experience great fun for me and I hope we sustain these new friendships, as well as a taste for caipirinha. Cheers!