My Indian Hall of Fame

No matter how long the list, there’s always a film I miss 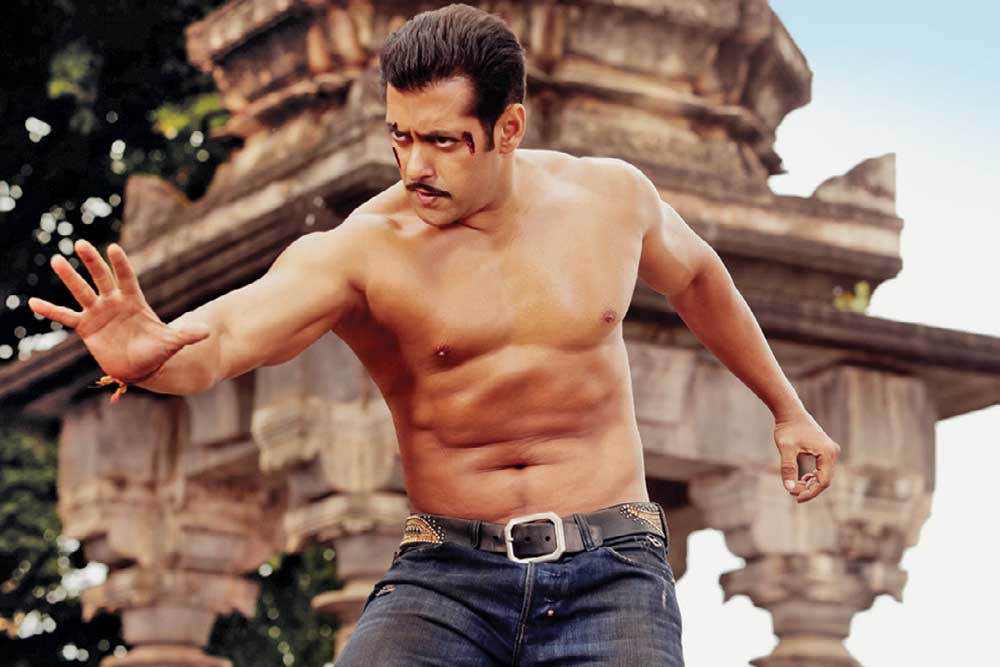 I’M OFTEN ASKED to list my 10 favourite Hindi films ever, over the last decade, since the millennium, or since Independence. We all enjoy compiling lists and disagreeing with them (though I avert my eyes from below-the-line comments). I don’t have five favourite Hindi films, or even 10, or even 100, but I’m quite happy to compile such lists at the drop of a hat, given the fun I have in preparing them. I’ve published these lists in The Guardian, Hindustan Times, for The British Film Institute and many other places, some of which have gone as far as to request my top 70 films (since 1947 in the latter case). Thirteen years ago I published a book, 100 Bollywood Films (British Film Institute/Roli Books), and I often reflect on which movies I’d add if preparing it today. My criteria remain largely the same, so I wondered what distinguishes a film such that it is admitted to my highly subjective canon of Hindi movies.

I don’t usually choose the ‘best’ films, but there are films which are regarded as better than others in terms of structure, style, acting and other features that would be recognisable to those who know other cinemas. I suggest that the films of Bimal Roy and Guru Dutt, and some outstanding films (such as Sholay, Deewaar and Pakeezah of 1975) could constitute some kind of ‘world cinema’, where despite their typical features such as the use of melodrama and heightened emotion especially around the family, an engaging narrative, stars, a certain mise en scène, usually one of glamour, grandiloquent dialogues and all-important songs, they can be appraised on similar critical and aesthetic terms.

Most people I know who haven’t seen a Hindi film enjoy these films as good cinema. Box office success is significant (though inaccurate) as it suggests that the audiences found these films ‘good’, although we do not usually know why.

Another criterion for selection is the film’s importance in the history of Hindi cinema. For example, Bobby (1973), a film that would deserve inclusion by any of my criteria, also brought in the ‘love as friendship’ theme which flourished in the 1990s; Lagaan (2001) for its ‘Oscar’ success; Hum Aapke Hain Koun..! (1994) for its marketing; Dilwale Dulhania Le Jayenge (1995) for Hindi film and the diaspora (and its 500-week run in India); Dil Chahta Hai (2001) for changing style within the Hindi movie format; and so on.

The important talkie cinema of pre-independence India includes some wonderful films. While many films are lost, including Alam Ara (1931), India’s first talkie, some studios’ output is fairly well preserved, notably that of Calcutta’s New Theatres, Bombay Talkies and Pune’s Prabhat Studios. However, some of the work of New Theatres and Prabhat is excluded on the grounds of language (Bengali and Marathi, respectively), and only their Hindi films (mostly made in parallel to Bengali or Marathi versions) may be considered.

It is hard not to allow the 1950s to dominate, as this was the era so many classic films were made and great directors like Mehboob Khan, Bimal Roy, Raj Kapoor and Guru Dutt were at their peak. The 1970s also was an extraordinarily fertile period when alongside the great Salim-Javed films for Amitabh Bachchan, there was also the middle-class cinema of makers such as Hrishikesh Mukherjee, while ‘parallel cinema’ had a productive decade.

Dabangg is probably my favourite Salman Khan film. Caste, a remarried mother, brilliant songs and a shirt-flying-off sequence—it was all there

I try to include key figures, directors, stars, music directors and writers in the selection, but also try to not let any of them dominate. If the list were of ‘good’ films or my favourites, there would have been more by Raj Kapoor, Guru Dutt, Bimal Roy and Yash Chopra. Some key figures feature surprisingly infrequently, in particular those who have become important since the 1990s, while there are a disproportionate number of Salim-Javed films. The latter are foundational to modern Hindi cinema, were huge hits and ‘good’ films, and set a standard which has rarely been equalled. Amitabh Bachchan starred in most of their films, and as he also acted in many of the middle-class films of Hrishikesh Mukherjee, he has by far the greatest number of entries in the volume. Yet I often have to leave out much- loved favourites, such as Coolie (1983).

I am no connoisseur of Hindi B-movies, but they are not a part of the history of mainstream cinema. They have their own circuits of production, distribution and exhibition. In recent years, horror films of the Ramsay brothers have acquired their own cult following; Bandh Darwaza (1990), Do Gaz Zameen Ke Neeche (1972) and Dak Bangla (1987), for example. But no one would call them ‘good cinema’.

I stand by my selection of this 100, but what if I had to add another 10 to update it? I’d have to exclude some of my favourites on grounds of language: Bengali (such as Bhooter Bhobishyot, 2012), Marathi (Gabhricha Paus of 2009, Natarang of 2010, Fandry of 2013, Sairat of 2016), Punjabi (Qissa, 2013), and perhaps even Bahubali (2015), though I could sneak it in as a dubbed film. Some films are not mainstream but they may shift, so Anurag Kashyap’s Gangs of Wasseypur series would make the cut without question, but what about Neeraj Ghaywan’s Masaan (2015), which raises issues of caste and small-town lives around Varanasi? Varun Grover’s lyrics and Indian Ocean’s music (Tu Kisi Rail Si) were hugely popular, so I guess it’s nudging into the mainstream. It doesn’t have stars while Richa Chadha, Sanjay Mishra, Vicky Kaushal et al are becoming stars of this style of cinema.

I’d replace Munna Bhai M.B.B.S. (2003) with Lage Raho Munna Bhai (2006), an all-time favourite where our loveable rogue tries to be a professor (ha ha!) and a follower of Gandhi, even as it becomes Gandhigiri. The performances, jokes, the story and holding on to ‘Indian values’ in a changing world made it one of my all-time favourites.

Despite recent events, I’d still choose Queen (2014), a female-led hit with all sorts of queer readings and good jokes and a great story. I always enjoy a good costume drama or historical, the more over the top the better, but I enjoyed Jodha Akbar (2008) much more than Bajirao Mastani (2015) and Padmaavat (2018). A Republic Day-style parade unfolds in the song Azeem O Shaan Shahenshah where the states of India present arms to the emperor in delight at his lifting of the jaziya tax.

I think Ranveer and Deepika are a significant onscreen couple and Sanjay Leela Bhansali is one of the leading exponents of Bollywood, but if I say I enjoyed Goliyon ki Rasleela Ram-Leela (2013) much more for its Gujarati flavour and the romance, I’ll get told I’m ignorant. So I’ll skip to my other favourite actors, already having established the Khans, and I have to have Ranbir Kapoor who is my all- round favourite performer, but which film? I could have an Imtiaz Ali film like Rockstar (2011), but I prefer Love Aaj Kal (2009) or Highway (2014) which brings in my big favourite, Alia Bhatt; but then I’m losing Ranbir. Perhaps Yeh Jawaani Hai Deewani (2013). I could bring Alia back with Kapoor & Sons (2016), which has a host of wonderful actors and I loved the queer theme and Rishi. It also allows me to squeeze in Karan Johar, who is perhaps the most impressive producer in Bombay today, but then Aditya Chopra is behind the scenes and we’re all wondering about Thugs of Hindostan.

I almost forgot Dabangg (2010) is probably my favourite Salman Khan film, and is one of the few films I watched again as soon as I finished it. Caste, a remarried mother, brilliant songs and a shirt-flying-off sequence—it was all there. A dystopia where everything is reversed and Salman plays himself, but how can I miss having Bajrangi Bhaijaan (2015), one of the funniest Hindi films I’ve seen, with a brilliant story and catch songs and a totally adorable heroine, though little romance? And I liked Sonakshi and Ranveer in Lootera (2013).

I’ll never forgive myself for one stupid omission in the book. Why did I miss Mahal (1949)? I was so angry with myself that I wrote an entire academic paper about it. That’s the thing about lists. They’re never final. Now how many films have I got left?