The many shades of love and friendship in Hindi cinema 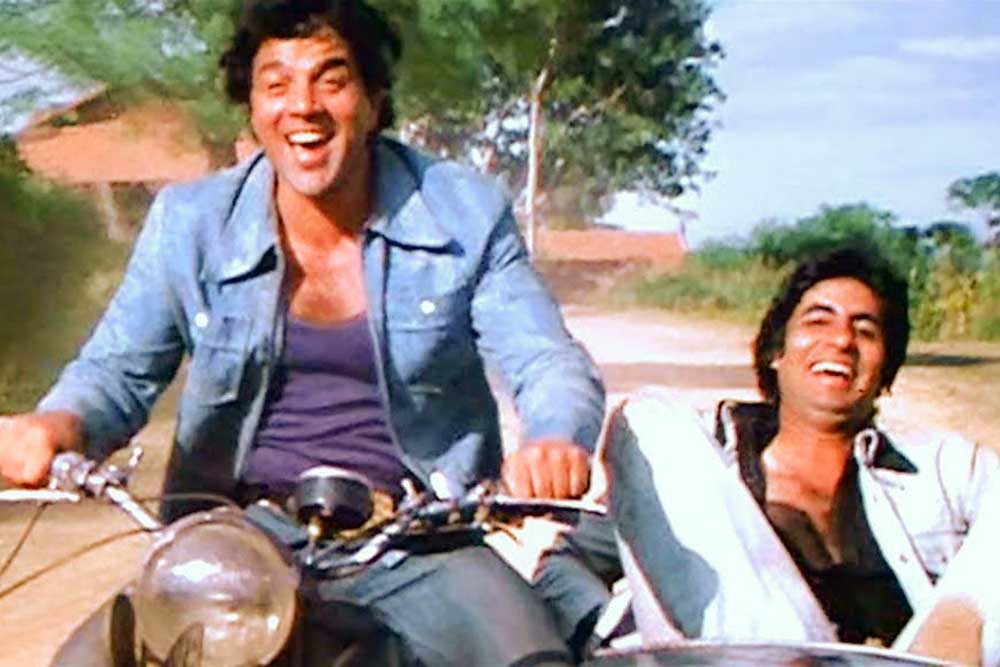 Friendship is hard to define but easy to experience and to recognise. Bhishma identified different kinds of friends— friends like family, friends with family connections, business friends, paid friends. The most important friends are those who love you for your character and qualities, but you can lose them if you do wrong.

In the Mahabharata, Krishna is a friend to Arjuna and the other Pandavas, just as Karna and Duryodhana are friends, while the cousins fight a war with each other in this epic of tangled lineages. Krishna not only offers Arjuna advice on fighting his family but also has to confront his own wicked uncle Kamsa. Krishna is also a true friend to Sudama (Kuchela). This popular tale tells us how when Krishna becomes king, he still loves and honours the poor Brahmin who was his childhood friend.

These narratives remain alive today because their stories are still relevant. Modern psychology argues that friendship is the key to human happiness. The Israeli psychologists Daniel Kahneman and Amos Tversky, whose work on happiness won the former the Nobel Prize after the latter died, became great friends at a relatively late age, when it is rare to make such a great bond. It was perhaps this award that made the study of happiness widely acceptable, so that now universities, governments and the UN engage with it, whereas hitherto such scholarly scrutiny was mocked.

Lord Richard Layard, the British ‘Happiness Tsar’, led the project on ‘Origins of Happiness’ at the London School of Economics (2016) which concluded that in the UK it is not poverty but problems with relationships, and physical and mental health that cause the most misery. In an earlier report on depression in 2006, he argued that among the most important factors that contribute to human happiness are those which are essential to our being social animals— so having a partner, family, friends and colleagues.

Hindi films have long celebrated friendship, of many varieties. While Devdas quarrels with everyone, he retains his friendship with Chunni Babu. The great celebration of male friendship, dosti/dostana, was where friends sacrifice their love—or even their lives—for their friends, in Chaudhvin ka Chand (1960), Sangam (1964) and so on. In the more macho films from the 1970s onwards, this friendship often marginalises the heroine in films, as in Muqaddar ka Sikandar (1978) or Qurbani (1980), while it just adds to the drama in more female-centred films such as Chandni (1989). One of the great friendships is, of course, Sholay (1975) as immortalised in the great song, Yeh Dosti Hum Nahi Todenge. This homo-social friendship has often been read as gay, as seen in Dostana (2008).

The role of the heroine’s best friend is often an unfortunate one in movies, where the joke is that someone unattractive is chosen to make the heroine look better or to be a corner in a love triangle. The ground-breaking Queen (2013) had the jilted heroine finding herself in Paris by making friends with a woman with the same name as her former fiancé, a feature which has inspired queer readings of the text.

One of the great friendships is, of course, Sholay as immortalised in the song, Yeh Dosti Hum Nahi Todenge. This homo-social friendship has often been read as gay

Friendship is also part of family relationships. Sometimes the term seems to be used wrongly. When people claim their mother is their best friend, I don’t understand why the parent-child relationship needs supplementing. There has to be some element of friendship but the asymmetry and the closeness of this relationship is quite different from other forms of friendship.

Some families are deeply unhappy (as I wrote about last month) and some people build new families which are not tied by friendship. Many people who don’t live in traditional families, whether by choice of not, often value friendship more highly. The singles, the gay, the child-free, often invest more deeply in friendship.

Friendships often reduplicate sibling relationships. The first child who has a very particular role in the family brings this to other relationships as does the youngest. Often, one finds friendships which allow these roles to continue, matching the sensible leading older child to the more extrovert younger one.

In myths, stories and films, brothers most often diverge into ‘good’ and ‘bad’, but they retain their links often through other family members such as the mother. However, friendship when it goes wrong is more like a romantic break up with ‘Dost dost na raha’, the theme of betrayal or misunderstanding, often over a love triangle. There is also the friend one needs to lose, the frenemy, the destructive person in a friendship. This person is one of the great sources of unhappiness, not least because the other person does not recognise the enmity hiding behind the show of friendship and the longstanding interaction

Friendship is not just with a person of the same sex but across it. Karan Johar’s Ae Dil Hai Mushkil (2016) about distinguishing love and friendship is so different from his Kuch Kuch Hota Hai (1998), where the hero doesn’t recognise love for his friend until she grows her hair and wears a sari.

Yet in films, truly happy romantic love is based on friendship. Bobby’s famous question, “Mujhse dosti karoge?” (1973) marked a move from the passionate, often unrequited love of the Urdu ghazal to a happy friendship of love between equals. The spouse becomes the best friend. Passion and excitement are often casualties in this secondary stage of romantic love but it is essential for day-to-day living.

Friends are also religiously and politically significant, including the friends of Jesus and of Prophet Muhammad as well as those of Krishna (mentioned above). The Quakers are the Religious Society of Friends, William Penn founding Philadelphia, the city of brotherly love. In India, Modi’s use of the word ‘mitron’ has been noted.

One makes most friends as a child, when one has a best friend or ‘bestie’ and often joins a gang at school and making many lifelong friendships at university. As one grows older one makes fewer close friends, symptomatic of the lack of time one has to invest in and to build such close links. Travelling together, planning serious time. The joy of unexpected friendship in middle age when one finds the pleasure of talking and being together as well as finding old friends where it feels as though one of you just went out the room and returned decades later.

Facebook’s use of ‘friends’ changes the word. Yes, some of them are friends, but some are contacts or have many other roles. Many believe that friends (and ‘likes’) are signs of popularity. For the young and the immature, this is very damaging to self-esteem.

Life without friendship would be impossible. It’s said you choose your friends but not your family. Yet many of us don’t know why we become so close to certain people in our lives. I agree with Montaigne who summed up succinctly his passionate friendship with La Boétie: Parce que c’était lui, parce que c’était moi (Because it was him, because it was me).