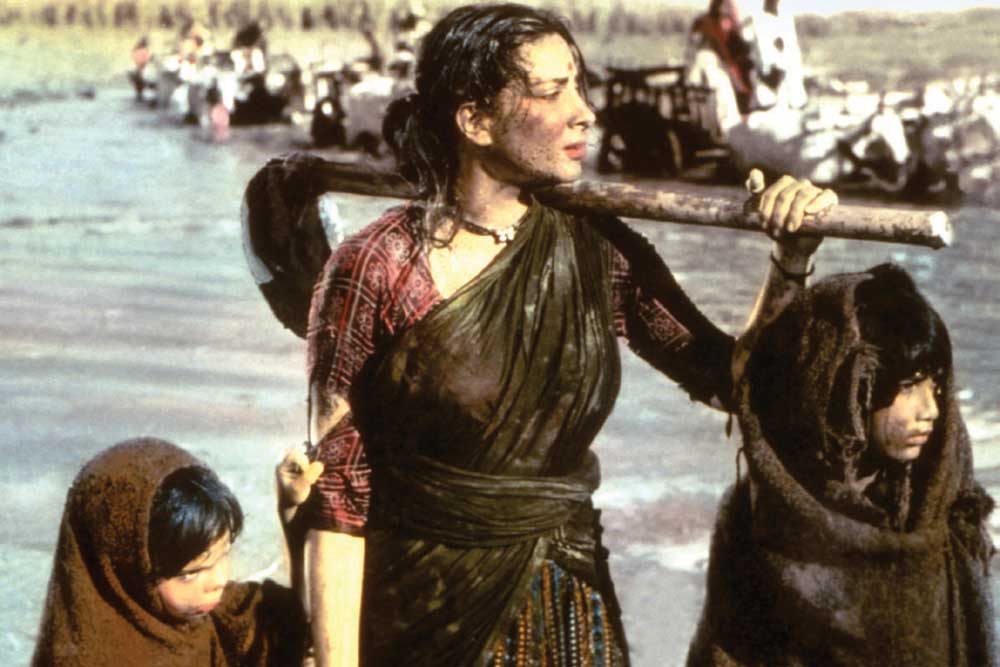 I SHOULD HAVE BEEN in Kerala this week with Mr D, in search of elephants in Periyar and Wayanad and to revisit Cochin. I thought of Coorg as an alternative destination till I realised that it too had been hit terribly hard by the monsoon rains. Our postponement is totally insignificant in the face of the unimaginable suffering of those whose lives have been devastated.

We, and most of our generation are unusually lucky that we have been spared direct experience of human conflict or natural disaster. We imagine death and physical injury, read about them, and see them on-screen but barely consider those who suffer the long-term psychological consequences, such as PTSD (post-traumatic stress disorder), with its flashbacks and nightmares, often for the rest of their lives. There is nothing ignoble or weak about people who suffer from PTSD for even our bravest and toughest soldiers may not be prepared for the full horror of what they experience. In Kerala people have died, lost their loved ones, their homes, their possessions, their daily life. What could be worse?

It is still too soon to know how the flooding affected the elephant population but I was heartened to see a video of locals helping a magnificent tusker reach safety after a dam was breached. We will return once normalcy is restored to support the state’s battered tourist industry and meanwhile have donated to the disaster appeal. (I would also like to publicly thank CGH Earth who offered to refund our five nights’ accommodation although under no obligation to do so.)

Accounts of floods and deluges are told as religious stories or myths in many traditions. In India, Manu’s Flood is well known. Vaivasvata Manu was warned of a flood by Matsya, Vishnu’s fish incarnation. Manu tied a boat to Matsya’s horn and he, the Seven Sages and pairs of animals were saved. The Sumerian tale of Gilgamesh which dates back around 5,000 years shows many similar features as does the Biblical story of Noah: a prescient warning, the building of a boat, a great storm and ultimate salvation.

These myths may be viewed in different ways today. BB Lal, the former director of the Archaeological Survey of India, has argued that Manu’s flood is no myth but rather verifiable history, and concerns the flooding of the Saraswati river. Religious protests were held and fatwas issued against the Hollywood movie Noah (2014) which offered more of an environmental than a religious flavour to the flood tale. Perhaps there was indeed a historical flood or perhaps the memory of a great and catastrophic flood became mythologised as its manifestation of the power of God or of nature was so terrifying. Mankind’s awe at water as a giver and destroyer of life is a widespread cultural norm.

Hindi films have shown many disasters caused by humans, such as the Burning Train (1980) while Kala Patthar (1979) has a flood caused by mining. The greatest human disaster in South Asia, thePartition, is represented by the metaphor of an earthquake in Waqt (1965) which separates a family that is later reunited.

Floods feature as dramatic devices in several films, showing the unleashing of nature on man as well as showing dams, Nehru’s ‘temples of modern India’. In V Shantaram’s Padosi (1941), an industrialist who seeks to build a dam creates conflict between former friends, a Hindu and a Muslim, who are finally united in trying to save lives when the dam breaks. In Satyam Shivam Sundaram (1978), the hero Rajeev (Shashi Kapoor) is a dam engineer and the flood in the climax has him save his estranged wife, Roopa (Zeenat Aman). In Coolie (1983) the evil Zafar, rejected by Salma, floods the area where she lives, resulting in her father’s death, her memory loss and separation from her son, Iqbal.

However, the film that shows natural disaster at its worst is Mother India (1957), a film that creates a new mythology for the new independent nation. The timing of the release of the film, ten years after Independence, was crucial as new models and mythologies were needed for the new state as society’s patriarchal and feudal basis was shifting and millions of people had been displaced by the Partition and urban migration. The film has a deep ambivalence, which is never resolved, between the traditional Indian village, where life is grim but lightened by moments of pleasure, and a utopian modern India which provides life’s needs but at the cost of enormous human sacrifice and misery. One of the attractions of Mother India is that it eschews clearcut answers, allowing the audience to experience the pleasures of its ambiguities.

This film concentrates on the life of one woman, Radha (Nargis). Her life in the film begins with her marriage, the start of her flashback which narrates the whole film through her eyes. She follows the role of the good wife, the pativrata, who comes to her husband’s village as a bride and daughter-in-law. She is always the idealised good wife, beautiful, hard-working, loving towards her family, and providing her husband with a happy home and several sons.

Radha is associated with goddesses and mythological figures. ‘Mother India’ was the nation glorified by the Indian nationalist movement, seen in the national song Vande Mataram ‘I hail the mother’, in which European ideas about the nation as a woman dovetailed with Indian ideas about the earth (Prithvi) as a goddess, whether wedded to the king, or as the ‘mother of the people’. Mother India has had other associations: it was the title of Katherine Mayo’s 1927 book, which is an attack on rather than a critique of Indian society.

Mother India is also shown to be Mother Earth. In the opening sequence, Radha, now an old lady,sits in the field while the machines of modernity are seen all around her in a manner reminiscent of a Soviet film, so we see a power station, an electricity pylon and a tractor, while the soundtrack is a ‘traditional’ bhajan praising ‘dharti ma’, as she reverentially lifts the ploughed soil to her forehead.

The identification of Radha with the earth occurs throughout the film. In the early days of happiness she sings ‘Matwala Jiya’ with her husband and other villagers as they reap the harvest. However, her husband leaves when he loses his arms in an accident trying to plough uncultivated land.

When a flood hits the village, Radha loses a son (though I think another son vanishes without a trace at some point). When the villagers despair after the floods subside, Radha rallies them, asking them not to leave—‘O Jaanewaalon Jao Na’. The flood becomes mud and mud is where crops grow. Radha has no ox and has to pull the plough herself, aware that life is a struggle—‘Duniya Hum Aaye Hain’. After the harvest, she and her sons, the villagers sing ‘Dukh Bhare Din Beete re Bhaiya’ as a map of undivided India is marked out by sheaves of grain. Radha is now the village itself, and her tragedy is that she becomes the guardian of its izzat.

The flood could be read as a metaphor for the Partition or it could be the washing away of the old village India to be replaced by the modern state with its technology to protect its citizens in the face of nature. After killing her beloved son Birju by shooting him in the back, Radha is not imprisoned. Instead she is honoured by inaugurating the new dam that will prevent future floods, symbolising a move into a modern world where technology, largely in the control of men, replaces the old and more unpredictable order. Nature is brought under control and Radha is seen to be honoured by the new order, even while relinquishing her role as Mother Earth.

Although in India, Mother India has been enjoyed as telling the story of a woman’s suffering to keep values preserved, its qualities were lost on Western viewers: one critic is much quoted in India as having said it was a film about ‘flood, mud and blood’.

A more recent adaptation of this story, Deewaar (1975), eschews the clash with modern technology, and nor does natural disaster feature in the film. The narrative shifts to Vijay, a smooth version of Birju, the ‘bad’ son, whom the mother loves. In its urban setting, the focus is entirely on the human, rather than the natural world, in shaping mankind’s destiny. Yet the concern with the natural world has now re-entered public discourse given our fear of global warming, plastic and other pollutants and impending ecological disaster. Droughts and floods continue and Kerala has recently experienced some of the worst of the latter in living memory. Perhaps it is time for another retelling of this story, one which foregrounds the power of nature in shaping the story of India.